Now that the season four premiere of "Community" has been postponed indefinitely, comes a well-timed video of the show's stars Alison Brie and Jillian Jacobs dancing around in vintage lingerie.

The video was filmed in 2011 for the actress' pin up girl-inspired photoshoot for GQ, but the lively footage of the two was only posted on Oct. 19.

In the short video, the pair camp it up with a burlesque routine that includes Brie trying unsuccessfully to help Jacobs disrobe, and doing a silly dance with feathers. 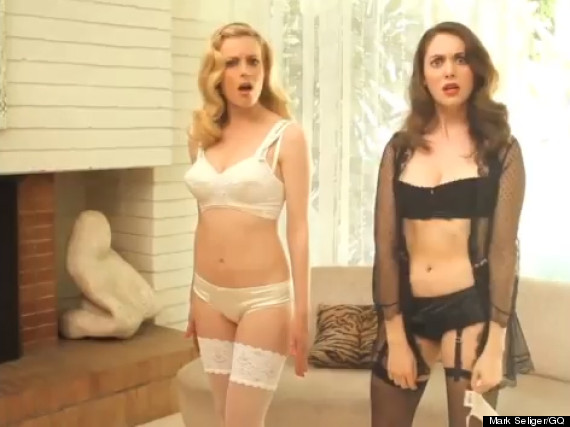