In the name of sexual health transparency, reproductive rights activist and New York Abortion Access Fund board member Alison Turkos shared the process of having an intrauterine device (IUD) inserted into her uterus -- on Twitter.

Today after a drinks date I'm going to stock up on ice cream, ibuprofen and a heating pad. #TurkosIUD countdown begins.

"I decided to live-tweet my IUD insertion process because I wanted to reduce the stigma and shrine of secrecy around reproductive and sexual health and the experiences so many people have," Turkos told The Huffington Post. "Also, I rely on my feminist/reproductive health community for support in so many ways, why not this too?"'

Turkos hopes that her story will spread awareness about IUDs, and encourage people to research different contraceptive options for themselves.

"Long-acting reversible contraceptives (LARCs) like the IUD are among the most effective contraceptive methods available, but high up-front costs and lack of knowledge have kept teens and young adults who could most benefit from them from using these methods," she told HuffPost.

IUD use is on the rise: the number of women using IUDs has increased considerably in the past 10 years, and the American Academy of Pediatrics recently named the contraceptive the most effective method for pregnancy prevention in teenagers.

Using the hashtag #TurkosIUD, Turkos tweeted about how she prepared for the procedure, what the insertion was like, and how she felt afterwards. Check out her journey in the timeline below.

PHOTO GALLERY
8 Things Every Woman Should Know About IUDs 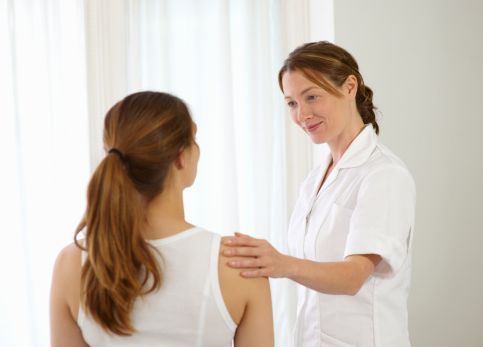 1 / 8
Today's IUD is not your mother's IUD.
Dr. Amy Bryant, of the University of North Carolina, says she often sees patients whose mothers warn them against using IUDs -- again, because of the legacy of the faulty Dalkon Shield. "I sit patients down and tell them, 'Let's talk about what your mother told you, and what's true,'" she said. "It's true that there was one really bad one on the market [in the 1970s]. But ones today are incredibly safe." And doctors may be fueling the problem. <a href="http://www.reuters.com/article/2012/03/27/us-doctors-iud-idUSBRE82Q17J20120327" target="_blank"> A 2012 survey </a> found that roughly 30 percent of OB-GYNs, family physicians, and nurses and physicians assistants working in family planning, believed IUDs were unsafe.
Getty