I remember POZ from back in the day, not as a staff member as I have the privilege of being today, but as a reader. I can't say for sure which issue I actually saw first, but I do recall being captivated by the Pedro Zamora cover. I didn't know it then, but that was only the third issue of the magazine. 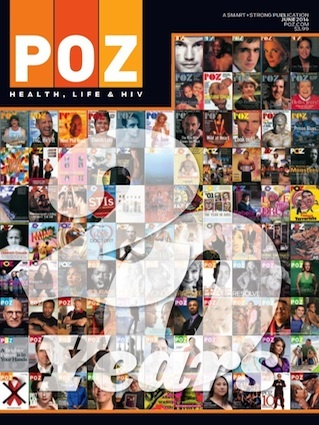 It was 1994 and I was a newbie, having tested HIV positive just two years before. I was still very scared about my future. People dying at an increasingly relentless pace was the reality. The miracle of effective treatment in 1996 had yet to happen, which makes the decision to launch POZ so courageous.

Despite naysayers from all sides, Sean Strub and his collaborators believed those of us living with HIV/AIDS deserved a magazine that offered us hope, provided us with information we needed to stay healthy and celebrated our lives by telling our stories.

Their belief in us -- and therefore me, by extension, although I was unknown to any of them at the time -- was exactly what the doctor ordered. I'm not alone when I say that the magazine was a vital part of my learning to live with the virus. I thank Sean and his team for helping me when I needed it most.

As POZ marks its 20th anniversary with this special issue, we check in with 20 guys and gals who've graced our cover, including Sean. He has been busy since he sold POZ 10 years ago. Click here to catch up with Sean and the additional cover subjects.

These folks not only embody the diversity of the epidemic, but also represent the spirit of survival. Their stories will inspire you.

The first person to grace a POZ cover is Ty Ross, the HIV-positive gay grandson of Barry Goldwater, a.k.a. "Mr. Conservative." His cover story was written by the renowned author, editor and writer Kevin Sessums. The revealing first-person narrative caused a stir. Click here to read "Ty Ross Comes Clean" for the juicy details. Click here to read our Q&A with Ty about his life 20 years later.

This issue spotlights those of us who have survived, but we would be remiss if we did not also honor our dead. So many passed too early. Click here for our remembrances.

We're proud to have served the HIV/AIDS community for two decades. We would much rather there were no need. Until then, POZ will continue as a mirror for the community.