Music's therapeutic benefits have been well documented, but a new film called "Alive Inside" set out to examine just how therapeutic it can be in one community in particular -- the elderly.

The film, by Michael Rossato-Bennett, and featuring commentary by social worker Dan Cohen and neurologist Oliver Sacks, author of “Musicophilia,” captures the transformation that takes place when nursing home patients are handed iPods loaded with music from their youth.

"He used to always sit on the unit with his head [down]...he didn't really talk," says caretaker Yvonne Russell of an elderly man introduced in the film as "Henry." Henry's daughter describes the once fun-loving man she knew, who used to sing every chance he got, encouraging his children to sing along, even stopping sometimes to sing and swing around poles.

Her memory is a stark contrast to the Henry we first see in the film, an old man who's been in the home for ten years and who now sits hunched over in his chair, incapable of answering questions beyond a yes or no.

But when Cohen and Sacks put their Music & Memory theory to the test, handing Henry and other patients suffering from degenerative diseases an iPod full of music, a different person emerges.

"Immediately he lights up. His face assumes expression, his eyes open wide...he's being animated by the music," Sacks says, describing Henry's reaction. He can even engage in dialogue with an interviewer who asks about the effect the music has on him.

"It gives me the feeling of love, of romance. I figure right now the world needs to come into music, singing. You’ve got beautiful music here," Henry says, before breaking into a version of "I'll Be Home For Christmas" by an artist he says is one of his favorite -- Cab Calloway.

The documentary's findings are not unlike previous ones. In 2010, researchers at Boston University found that music can not only arouse dormant memories, but may also help people with dementia retain new information.

Another study published last year revealed that lifelong musical training can actually offset some of the deleterious effects of aging, including memory loss and difficulty hearing speech.

Cohen’s Music & Memory organization is soliciting donations of used and new iPods to put music in the hands of nursing home patients across the country. His documentary “Alive Inside” is slated to premiere on April 18 at the Rubin Museum in New York.

CORRECTION: An earlier version of this article attributed the film to Cohen and Sacks, and while they are participants in the film and Cohen initiated the iPod project, the director of the film is Michael Rossato-Bennett.

‘Alive Inside': Documentary Explores Music's Effect On The Elderly (VIDEO)
Health Habits To Live To 100(CLONED) 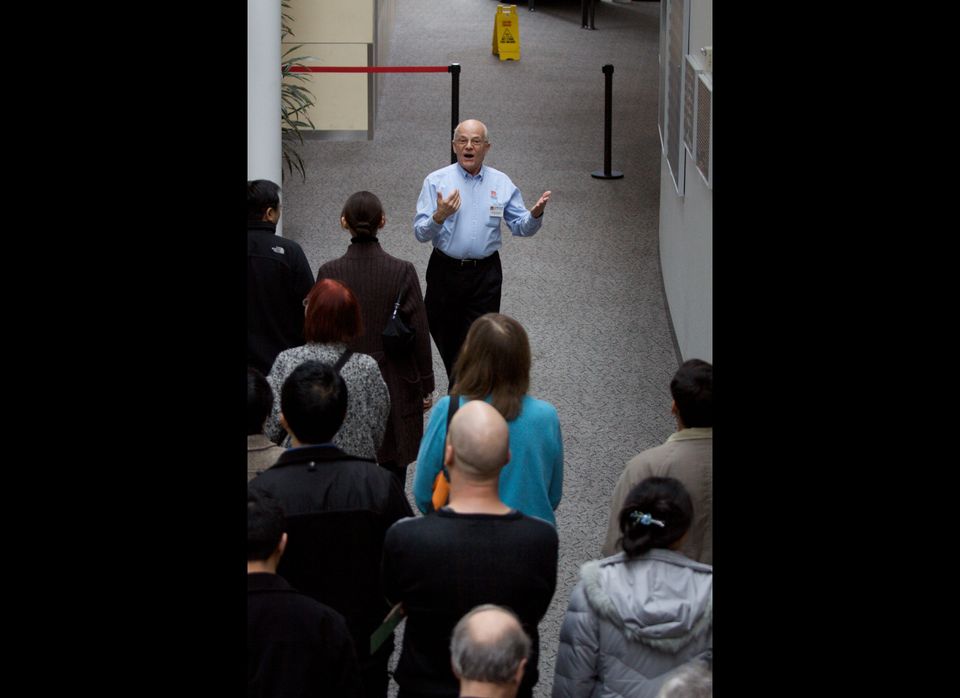 1 / 12
Don't Retire
"Evidence shows that in societies where people stop working abruptly, the incidence of obesity and chronic disease skyrockets after retirement," says Luigi Ferrucci, director of the Baltimore Longitudinal Study of Aging. The Chianti region of Italy, which has a high percentage of centenarians, has a different take on leisure time. "After people retire from their jobs, they spend most of the day working on their little farm, cultivating grapes or vegetables," he says. "They're never really inactive." Farming isn't for you? Volunteer as a docent at your local art museum or join the Experience Corps, a program offered in 19 cities that places senior volunteers in urban public elementary schools for about 15 hours a week. <strong>More from U.S. News Health:</strong> <a href="http://health.usnews.com/health-news/family-health/heart/slideshows/how-your-personality-affects-your-health" target="_hplink">How Your Personality Affects Your Health</a> <a href="http://health.usnews.com/health-news/family-health/living-well/articles/2010/07/29/fight-these-4-causes-of-aging" target="_hplink">Fight These 4 Causes of Aging</a> <a href="http://health.usnews.com/health-news/family-health/cancer/slideshows/what-causes-cancer-7-strange-cancer-claims-explained" target="_hplink">What Causes Cancer? 7 Strange Cancer Claims Explained</a> <em>Flickr photo by <a href="http://www.flickr.com/photos/mwichary/3229993559/" target="_hplink">Marcin Wichary</a></em>
Flickr:Marcin Wichary