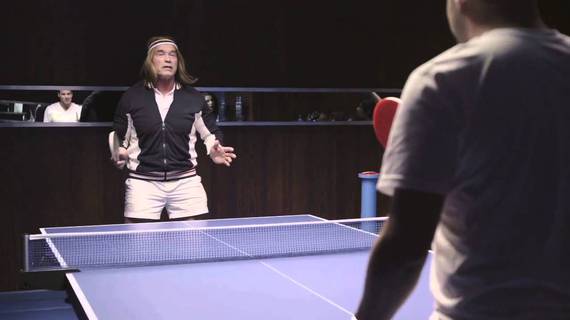 I borrowed that title from Jerry Seinfeld's 2007 acceptance speech at The Comedian Awards.

In those brilliant five minutes, he not only bashes all awards--including the one he took the stage to accept--but he also does it convincingly enough to give you pause.

You remember awards you've sought and awards you've won, and you question whether Seinfeld's speech could have just as easily satirized you.

At least, that's what I did.

This is an important topic in the annals of marketing, because, in business, so much of what we think of as a victory is wrong. Too often, we celebrate mere popularity.

I'll use myself as an example.

In May 2014, my startup won an NC IDEA grant; in September 2014, I was the last scheduled interview with Diane Sawyer before she retired as nightly news anchor at ABC World News; in April 2015, we earned an investment from 500 Startups; in June 2015, we won first place at a big pitch event in San Francisco--all for my startup, CellBreaker.com. With each of these supposed victories came a gush of congratulations.

But just like the "achievement" of getting accepted to a top college, what's more important is how you leverage that opportunity to later achieve what actually matters: making fat stacks, changing the world, etc.

In business, it's simple.

You want to grow, you want to profit, and you want to yield ever-higher ROIs on your marketing efforts. To do this, you should accept all congratulations sincerely but be extremely picky about when to pat your own back--and most of the time, your back should want for pat. If you do this right, then you'll stay focused on what matters and avoid the premature declarations of victory symptomized by (what marketers who agree with me call) vanity metrics.

Absolutely, I'm proud of each one those achievements listed above.

But it's not because they merely happened. It's because of the ROI that resulted from our marketing efforts:

It's like what Mark Twain said about biographies, that they're really just the clothes and buttons of a man and not the whole person. The same can be said of vanity metrics like press coverage, professional awards, and venture capital investment.

As a business owner, you have to know that most congratulations are compliments to your fashion, not your character.

Most of the great things you'll accomplish--revenue, users, growth--will be measured behind closed doors. You won't tell everyone your user or revenue numbers every week, and this is why it's dangerous to fall in love with the pulse of inbox-congratulations.

Super Bowl weekend is upon us, and it's being held in the Bay Area, the epicenter of tech startups and digital marketing.

So here is my favorite metaphor for this fashion-versus-character distinction that great marketers understand. Articles about Super Bowls ads shouldn't be news, since they're basically just ads about ads, but they are, and that's because marketers are in the fashion business, realize it or not. Be a good marketer. Be fashionable. But don't drink your own Kool-Aid.

Seinfeld was talking to a room full of comedians. They weren't marketers or business owners trying to beef up the bottom line. But you are. So let me revise Seinfeld's thesis for you: awards only matter insofar as they pay.

And finally, the poet himself: