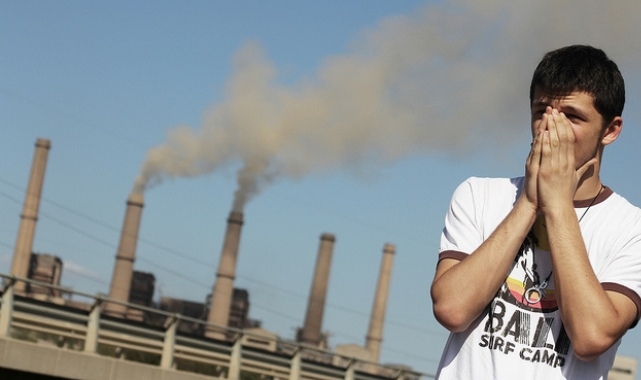 In case you missed it, the tectonic plates just shifted in the world of international financial institution (IFI) energy lending. Just weeks after President Obama announced an end to US taxpayer support for overseas coal plants, two of the world's largest IFIs, the World Bank and the European Investment Bank (EIB), followed suit. Now the European Bank for Reconstruction and Development (EBRD) is considering coal restrictions of its own. Once final, these restrictions will reinforce a message that is growing louder every day - coal has no place in the 21st century clean energy economy.

Before we get to what's going on at the EBRD, let's summarize the policies that have been put in place over the past month at the IFIs. They've helped set the tone for the EBRD and will likely be incorporated in whatever policy is ultimately adopted. Remember these institutions have collectively provided $37.5 billion to the coal industry since 1994 so they're pretty important. Here goes.

First, as a part of his climate plan, President Obama has outlined a ban (with rare exceptions) on U.S. public financing of overseas coal plants. The president wasted no time implementing this policy with the US Export Import Bank (the most heavily impacted and fossil fuel friendly US agency) rejecting a new 1,200 MW coal plant in Vietnam just weeks later. This was a huge decision given the U.S. Export-Import (Ex-Im) Bank funding has supported over $7 billion in coal finance over the past few years. Days later, the US Trade and Development Agency shelved plans for a controversial new coal plant in the Ukraine. Those two decisions reinforced the fact that the US is serious when it says it's closed for overseas coal business.

At almost the same time, the World Bank and EIB introduced stringent restrictions on coal financing of their own (see here and here). Both were put in place after long deliberations which in the case of the World Bank took almost two years only to be finalized thanks to the leadership of Dr. Kim.

The significance of these two policies following on the heels of President Obama's overseas coal ban is enormous. Both provided billions to the coal industry over the past few years - $5 billion from the World Bank and $1.5 billion from the EIB . But the impact of this funding is even larger than it appears, because it helped leverage several times more in private investment while providing a cover to the coal industry by ensuring public acceptance of this destructive energy source.

It is into this whirlwind of activity that the EBRD stepped when it released a draft of its new energy policy. As currently drafted the policy won't past muster given what has happened at other institutions. So what exactly does the EBRD need to do to be up to snuff?

First and foremost it would need to create an official policy statement that restricts support for coal projects by declaring an end to finance for both new and refurbished coal plants. To reinforce this policy it can, and should, follow the EIBs lead and include a carbon intensity metric to help screen out dirty projects. The EIB has proposed 550 grams/kWh which means for all intents and purposes the only fossil fuel plants the institution can support are natural gas. But even this standard may be strengthened as the EU is pressured to ratchet that down to 350 grams/kWh to reflect best in class gas plants.

But the EBRD can't stop there. It must also extend the air emissions standards outlined in the Industrial Emissions Directive (IED) to rehabilitated as well as new coal plants. The IED sets important limits on the level of air pollution fossil fuel plants can create (and therefore the type of pollution control technology that must be deployed). Exempting rehab projects exposes local communities to dangerous and deadly air pollution. This loophole must be closed.

Currently half of the EBRDs $8.9 billion energy portfolio supports fossil fuels (including ~$1 billion in past financing for coal). Getting this policy right is incredibly important for tackling climate change and shifting scarce public resources to clean energy. So let them know you're watching.