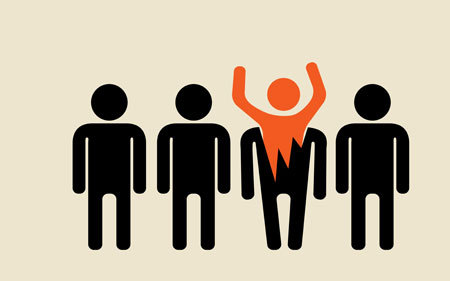 It was SXSW 2012, it was probably 2 or 3 in the morning. I was hiking back to the four seasons in Austin, TX to catch up with a few friends and some of my investors for yet another impromptu night cap before finally heading to bed to rest and attend yet another day of activities.

As I walked into the lobby lounge, I bumped into one of my investors who was wearing a pair of orange sun glasses and grinning ear to ear due to the great time he was having mixing and mingling with many of silicon valley's elite. We high fived each other, and began to goof off chatting quite extensively about great night we were having.

Somehow we ended up discussing some of the characteristics of "what makes a good entrepreneur". He told me, "Tom, all good entrepreneurs...well, they're just a little bit naughty". Of course, when he said this - we laughed about the idea. It was kind of a funny thing to say at 3am in the morning as most of us are certainly out way past our bedtime having one heck of a good time attending all the SXSW festivities.

I often reflect and share the nugget I learned that night. A lesson that came from one of silicon valley's top angel investors who has repeatedly made bets on entrepreneurs and been wildly successful at it. I often wondered, what did he really mean by that and how has that conversation shaped me as an entrepreneur?

Well, as I reflect on it - I've come to the conclusion that what that really means is that good entrepreneurs - they just don't do well with authority. In fact, you might argue that many great companies have been born out of the idea of being a bit of a maverick. When great companies come along, they tend to buck the system a little bit - ok sometimes a lot. They tend to question the status quo and look for ways to disrupt it, and then through this disruption build new markets and drive significant economic change and impact.

Take both everyone's favorite (and favorite to blame) startup, Uber. One could describe its founder, Travis Kalanick as just a little bit naughty. Uber's expansion plans have flied in the face of countless local laws and municipal governments, angered union representatives and worker rights groups, and according to some commentators, contributed to the end of the world as we know it! And yet, according to Travis, all such actions are justified in service of Uber's larger mission of creating the world's most ubiquitous and efficient transport network that is accountable and accessible for all consumers. My friend Simon Rothman from Greylock Partners wrote an incredible post on Uber's growth right here.

Perhaps what's really meat here and what Travis Kalanick at Uber demonstrates, is that we as entrepreneurs should always be asking "why" before taking any actions. Why are we doing it that way. Are we doing it that way because it's the right way to do it and is that still true today? As we navigate the world of opportunities in front of us, and we evaluate the different paths to take - we should be constantly questioning the status quo - and by virtue of that buck the system. Perhaps in many ways, it's bucking the system that earns us the title of "naughty entrepreneurs".

As we navigate the world of corporate america, corporate venture, and innovation at the intersections of big companies and innovation - one of the things that's constantly creating friction is the place between doing what we normally do because that's the way we've been doing it, and frankly breaking a few rules and trying something new. It's this sacred space where true corporate innovation has the opportunity to be born. Breaking with the same set of protocols to harvest the innovation and energy to create momentum around a new idea. Perhaps, what a great visionary fortune 500 CEO needs to do in today's world is find ways to eliminate the antibodies that attack new ideas - and create space for mavericks to succeed, thereby creating the moments of opportunity that drive long-term innovation for the firm. Even if that means break a few rules from time to time - or being just a bit naughty.