Crowdsourcing is a loaded term. Since its 2006 debut, the word has burgeoned to encompass commercial ventures, digital galleries, funding platforms, art collaboratives, and myriad other online initiatives. Diverse as they are, though, all crowdsourcing projects have one thing in common: they harness the power of large, undefined groups to accomplish specific tasks. Participants pool their money to support a new company, brainstorm ideas to solve an industrial problem, contribute photos and videos, and tag museum objects. They are connected by time rather than place, interest rather than edict. If two heads are better than one, the conventional wisdom goes, then an online community of millions ought to be the most productive engine of all.

Users are generating that reality every day at The New York Public Library through two landmark crowdsourcing endeavors, What's on the Menu? and Map Rectifier. The former enlists the public in the transcription of historical menus, and the latter allows users to "rectify" historical maps by overlaying them on modern ones. Both projects stand out amid a glut of competitors as refreshingly guilt-free and subliminally educational uses of online time. With every menu transcribed and map rectified, users are supporting research in the humanities.

In the time it takes to deploy an angry bird, a user can identify and transcribe a dish dating back to the mid-nineteenth century. The recipe for the menu project is simple -- click, type, submit, repeat -- and has proven a runaway success, yielding almost half a million plates of Blue Points, porterhouses, croquettes, et al. The average visit to What's on the Menu? is slightly under eight minutes and thirty page clicks long -- an eternity on the web -- and patrons are hungry for more. The initial release of 8,700 digitized menus was provisionally transcribed in just four months. NYPL recently ramped up digitization efforts to meet demand.

"There's some kind of thrill about it," observes Rebecca Federman, project curator and culinary collections librarian at NYPL. "Menus have an everyday nature but are also extraordinary." They are, at least, extraordinarily rare; most restaurants scrap them after each service. Menus are a form of ephemera -- printed materials, such as flyers, posters, and programs, that were not meant to be kept. They reveal the past through its quotidian details and prove, dish by dish, that we are what we eat.

For the transcriber, the collection is a treasure trove of little discoveries -- the antiquated use of "farinaceous" instead of today's "pasta"; the remarkable preponderance of oyster dishes; the revelation that steaks cost twenty-five cents, not twenty-five dollars. For the scholar, it is an invaluable source of historical data. Author William Grimes used the collection to produce a culinary history of New York. Texas A&M marine biologist Glenn Jones scoured seafood menus to study fish populations. What's on the Menu? has also inspired users outside the academic sphere. Chefs Mario Batali and Rich Torrisi are fans of the project, and a fourth-grade class in Texas has been transcribing menus as a typing exercise. By codifying and enhancing digital collections, crowdsourcing spawns new applications for historical information.

NYPL's Geospatial librarian, Matt Knutzen, is excited about crowdsourcing's potential for the map collection. "You can study anything through geography, through a spatial lens," he says. Using NYPL's Map Rectifier, amateur cartographers align old maps with current ones to "create a historical framework for geographical information." The maps convey much more than the locations of roads and landmarks; each layer incorporates multidisciplinary data to illuminate a specific period in a region's development. Demographic data could chart patterns of migration. Nautical data could track changes in a harbor's bathometry. Maps of defunct factories could have real-world implications for environmental remediation. "We're not positioning ourselves to answer those questions," says Knutzen. "We're enabling people to find those answers."

The Map Rectifier has already made a concrete impact in Haiti. In 2010, the Library contributed historical maps and georectification software to the Haiti OpenStreetMap used by earthquake aid workers. Citizen cartographers the world over collaborated to create an open-source map with up-to-date information on Haiti's resources and infrastructure. NYPL added layers of data that helped rescue teams locate victims and coordinate relief efforts. In its way, crowdsourcing helped save lives.

Ben Vershbow sees many more such surprises down the road. Vershbow is the director of NYPL Labs, the Library's experimental digital humanities unit. According to Vershbow, cultural heritage institutions are at last starting to step more boldly into the collaborative web. "After testing the waters on third-party services like Flickr Commons," he says, "we are beginning to see libraries, museums, and other organizations investing in their own tools and communities, and going deeper with particular collections." While enthusiastic about drawing users more directly into library initiatives, he is quick to note that crowdsourcing is not a goal in itself but a "solution to particular sorts of problems," and can often open up a host of new challenges. "In asking for the public's help in extracting the menus data," he says, "we are making an implicit promise to do something interesting and useful with it. That means more investment in technology and in library staff dedicated to overseeing, growing, and explaining the menu database. What it means fundamentally," Vershbow continues, "is re-imagining the very roles of librarians and curators, positioning them not only as custodians of physical collections, but as leaders of online communities."

NYPL Labs staff are already on the hunt for their next "blockbuster" project. They're considering collections to be tagged, transcribed, and curated by the public. They're floating ideas for "maker sites," which would allow users to create new media using items from NYPL's Digital Gallery. They envision, in the distant future, a fully searchable, cross-referenced map of historical information -- an online time machine. Click on a restaurant to pull up its 1902 menu. Pinpoint a teacher who lived on Mott Street. See the shows from the Lyceum Theatre's opening night.

"It's uncharted territory," says Vershbow. And that's what's so thrilling about it.

All Hands on Deck: NYPL Turns to the Crowd to Develop Digital Collections
Historical Menus of The New York Public Library 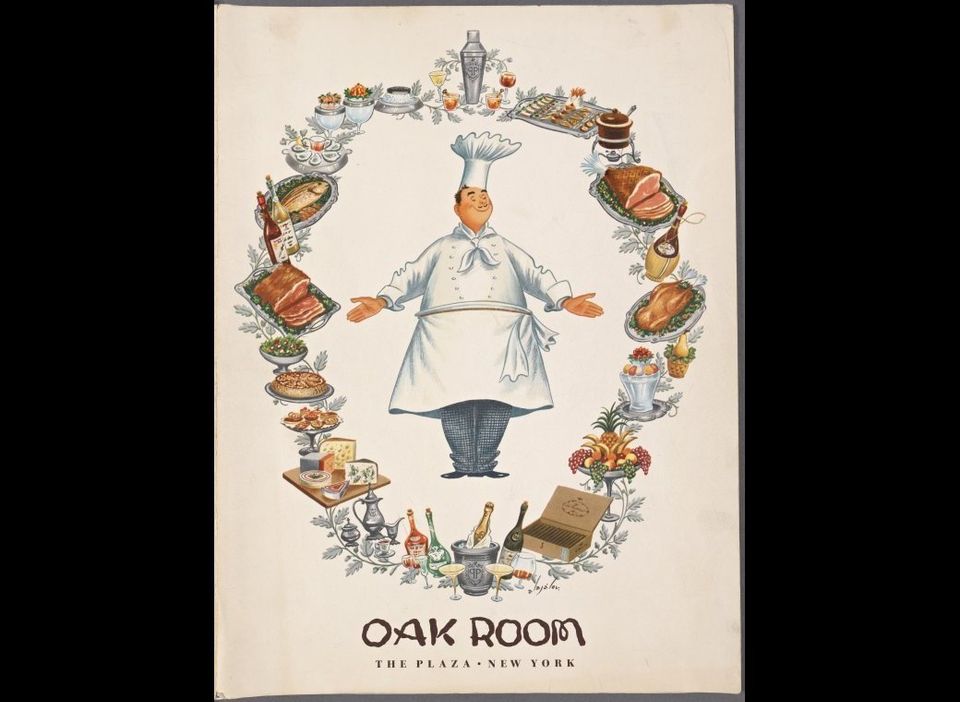