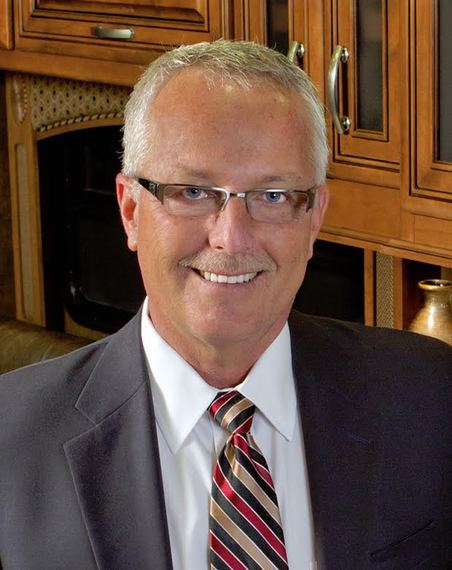 Building a business is hard work. It is an enormous investment of blood, sweat, tears, and financial resources. What's even harder than building a business? Carrying out a legacy. Imagine what it would be like if someone special to you came up with an idea... a dream so big and so audacious that it takes on a life of its own. Could you carry out that dream? What if the person who created it were no longer here to help you carry out the mission? This is the story of Derald Bontrager. Derald and his family own Jayco, the largest family-owned and operated RV manufacturer in the world.

To give you some context, 22 million Americans will RV this summer. RVing is a $37 billion industry. You can check out just how big the industry is at GoRVing.com where consumers compare and shop for RVs and then find places to go and things to do with them after they have been purchased.

Derald's dad, Lloyd Bontrager founded the company in 1968. He developed his own prototype camping trailer and unique lifter system for fold down campers, the basic design of which is patented and still in use today. By the end of 1968, Lloyd's fledgling company with 15 employees had sold 132 fold down camping trailers. Today, Jayco's family of employees has grown to more than 2000 people (with another 1000 employees in three other affiliated companies owned by the family), with more than 40,000 units being sold each year.

What is amazing about Derald Bontrager (President and CEO), his brother, Wilbur (Chairman of the Board), and his mom, Bertha (an active Jayco board member), is that they carried out Lloyd's dream turning the business into a massive RVing empire over the past 40 years. You see, the original founder, Derald's dad, Lloyd, died in 1985 in a lite plane accident. Up until then, Lloyd was the heart and soul behind the business and so the family knew that somehow they must come together, not just to build a business, but to carry out the legacy of their dad, a man with vision, big dreams, and even bigger shoes to fill.

Here are four lessons to carrying out a legacy, building a business, and keeping it all in the family....the Derald Bontrager way.

It's All Family: How does one manage multiple companies including Jayco, Starcraft, Entegra Coach, and Highland Ridge with more than 3000 employees? Easy, says Bontrager. He says that the secret to his success is that they consider themselves a family run organization, not just because the business is family owned, but because they consider their employees, their dealers, and their customers to be family as well. Derald says that they go out of their way to make sure their employees know they care. This is reflected in compensation packages and extras provided by the company, like the campus wellness center located at their Jayco headquarters where more than 2000 of their employees work. The wellness center offers a place to work out, relax, and de-stress. Derald says that their low employee turnover makes him proud, because more than 85% of RVs are made within a 50 mile radius of his headquarters. This means that there's no lack of work if his employees wanted to move because most of the competition is literally down the street. The employees stay because they are treated like family.

The Secret to Great Employees: Jayco RV's, and the affiliated companies, Starcraft, Entegra Coach, and Highland Ridge are known for their quality craftsmanship. I was interested in learning from Derald his secret for maintaining high standards in craftsmanship when there are thousands of employees. Derald noted that when screening for employees, they look for personality and attitude. He says that when someone has a great personality and a positive attitude, everything else is teachable. Derald remarked that many companies try to hire to specific skills. The problem however is that you could get a highly skilled worker who is a cancer to your workforce. The family-like, cooperative, atmosphere is so important to the firm that they seek out personality and attitude first, and then they can teach the skills needed for the particular position. Interestingly, Derald also notes that 60-70% of their production employees are Amish, and typically highly skilled craftsmen. 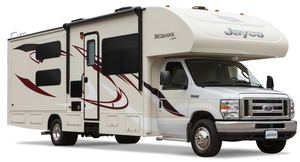 Work in the Trenches: As CEO, Derald has a bird's eye view of the entire company, but he says that the view from the top is useless unless you have had the experience of boots on the ground. Derald started working at the company in the summers when he was 16 years old and since then he has had almost every job in the company. He has worked in sales, marketing, and manufacturing. This gives him a unique perspective now that he's running the organization. As well, Derald says that he still spends time out on the floor visiting different areas of their campus so that he can understand the nuances of the business from production to sale. Not only does this give him a valuable understanding of the business, it also creates confidence in the employees. They know that Derald is one of them, someone who cares enough to engage, ask questions, and figure out what's working and what's not. 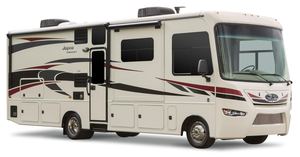 Understand What You Sell: Whether you are carrying out a legacy or building an empire, Derald says that the number one piece of advice he can offer someone is to really understand what you are selling. We aren't simply in the business of selling RVs, he says, we sell a lifestyle. Derald says that when you understand the true mission of what you are carrying out, and when the employees understand it too, it changes the trajectory of your business and your life forever. Derald says that every employee at each of their RV companies understands this one truth: they are building a product that allows people to fulfill their dreams. He says it's much easier to carry out the legacy your dad created 47 years ago when you have a legion of advocates helping you along the way. 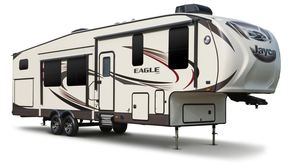 The legacy Lloyd Bontrager created in 1968 lives on today even though his life was tragically cut short in 1985. The business has survived seven recessions and continues to expand in a product segment where competition is abundant. What's the secret? Maybe it's hard work. Perhaps it's just hard core determination. More likely, it's their "All In The Family" mantra that has allowed Jayco and their affiliated businesses to become the largest family-owned RVing company in the world.