Four years ago Jennifer Senior wrote a much-read cover story for New York Magazine about the paradox of raising children. Called “All Joy And No Fun,” it examined why anyone in their right mind has children since one study after the next showed that being a parent sure doesn't make a person happier.

Today, Ecco Press publishes Senior’s book of the same title, expanding on her conclusion that while the day-to-day stresses are often greater for parents than non-parents, the long-term satisfaction and feeling of purpose can be greater as well -- an equation that the human race seems to have found worth it over time.

The conversation about Senior’s piece, and now, her book, tends to focus on the “No Fun” part of her construct. (In fact her original article carried the subhed "Why Parents Hate Parenting.") So today HuffPost Parents would like to look at the “All Joy” part, starting with an excerpt about one of the greatest joys: watching your child’s mind make sense of the world. Usually, of course, this involves questions you have no idea how to answer. But that brings its own kind of joy, too.

For readers in the NY area, Jennifer Senior will be answering questions first from HuffPost Senior columnist Lisa Belkin and then from the audience tonight, at the JCC Manhattan. For more information, or to reserve tickets, go here.

Simple Gifts: What Small Children Have In Common With Philosophers

Children remind us just how much of our implicit knowledge, which hums inaudibly in the background all day long, is stuff we once had to learn. They climb into the bathtub partially clothed, put half-eaten bananas in the refrigerator, use toys in ways the manufacturer never intended. (So you want to mix those paints rather than make pictures with them? Lay stickers on top of one another rather than lay them out side by side? Use dominos as blocks, cars as flying machines, tutus as bridal veils? Knock yourself out!) No one has yet told them otherwise. To children, the whole universe is a controlled experiment.

And that’s just the practical stuff. One woman told me her daughter asked whether she’d always be a girl -- not because she wished to be a boy, but because she didn’t know whether gender is a fixed trait or a mutable one. A man once turned to him after staring out the window and said, “Maybe when we’re squirrels, we’ll be up in that tree.” (He didn’t know whether our roles -- this time in the entire animal kingdom -- are fixed or mutable.) Mihaly Csikszentmihalyi, author of "Flow," shared a similar moment from his young parenting life when he told me about the time he took one of his sons to the beach: “He saw some bathers, swimmers, coming out from the water, and he sort of froze, saying, ‘Look, Water People!’ It was so . . .” Csikszentmihalyi didn’t complete the sentence. But the word he was searching for, I think, was “logical,” because he continued: “I thought, Yes, I could see how, if you’ve never seen them, they seem like extraterrestrials.” Of course! Swimmers: Some otherworldly species that makes its home in the sea.

René Descartes once said that a person has to start over in order to do philosophy properly. “That is hard for adults,” writes Matthews Gareth B. Matthews, author of "The Philosophy of Childhood." “It is unnecessary for children.” Children have nothing to unlearn. Matthews gives a perfect example -- the concept of time -- and quotes St. Augustine: “What, then, is time? Provided that no one asks me, I know. But if I want to explain it to a questioner, I am baffled.”

Parents, like St. Augustine, are often baffled when their children ask questions about something so basic as time. But they are often delighted by them too. There’s something decadent, and at the same time intellectually pleasing, about entertaining such fundamental questions. “A couple nights ago,” said one father, “Graham and I were snuggling, and he goes, ‘Dad? What’s water?’ ” Graham was 2 and a half. He knew what water was, obviously. But his question was: “Yeah, but what is water?” There was an audible ripple of enthusiasm around the table. What is water? Yes! “And I’m like” -- his dad clapped his hands, theatrically warming to the subject -- “ ‘Well, there’s hydrogen, there’s oxygen.’ ... It was awesome.”

Graham’s follow-up question was even wilder: “Can you break water?” “Because I’d told him that if you put the hydrogen and oxygen together,” he explained, “it makes water. So he wanted to know if you could break it up.”

I heard a number of similar questions that week alone. (“Why are people mean?” was one of my favorites. Also: “Is there only this place, the place with the sky?”) Matthews’s books are filled with such examples too. He recounts telling a classroom of adults about a classic question asked by a child -- “Papa, how can we be sure that everything is not a dream?” -- and a mother replying that her 3-year-old daughter had just asked the modern-day analogue: “Mama, are we ‘live’ or are we on video?”

Even more striking than his examples of existential questions, arguably, are his examples of children stumbling onto questions of ethics. He mentions a child who, after seeing his dying grandfather, asked his mother on the car ride home if the elderly are ever shot when they’re ready to die. His mother, obviously startled, answered no; that would be troublesome for the police. (A strange answer, perhaps, but any parent who’s been in such a situation can identify with the slightly panicked instinct to keep replies concrete and the discussion brief.) The boy, then 4, responded, “Maybe they could just do it with medicine.”

“In important part,” writes Matthews, “philosophy is an adult attempt to deal with the genuinely baffling questions of childhood.” Many adults enjoy pondering philosophical questions if given the chance. But they have little excuse to do so in their everyday lives, until they have children. Then they’ve got a chance, at least for a few years, to contemplate -- and perhaps reconsider -- why the world around them is what it is.

He quotes Bertrand Russell, who said of philosophy: “If it cannot answer so many questions as we could wish, [it] has at least the power of asking questions which increase the interest of the world, and show the strangeness and wonder lying just below the surface even in the commonest things of daily life.”

Kids have an uncanny knack for asking those questions. And the questions, as far as Matthews is concerned, are the true revelation, not the answers. 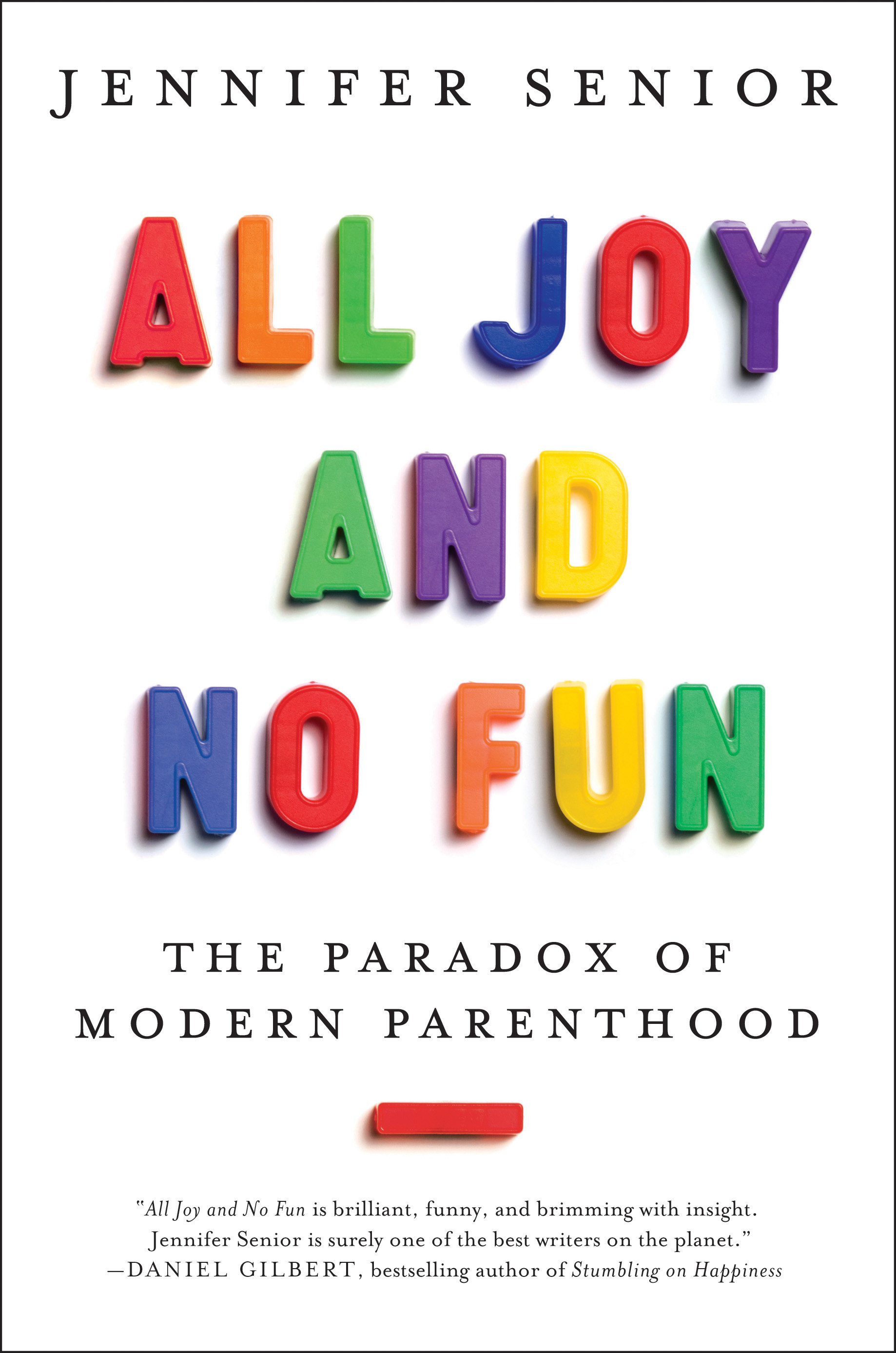 From All Joy and No Fun: The Paradox of Modern Parenthood by Jennifer Senior. Copyright 2014. Reprinted with permission from Ecco Press.

Read more about the book here.

What profound philosophical questions has your child asked over the years? Tweet their wisdom to @HuffPostParents, post it on our Facebook wall or share it in the comments below -- and we will collect it for the ages.