First, let's get the name of this little Caribbean island straight. It's officially St. Barthélemy, as tagged by 17th century French settlers. It goes by several nicknames, such as St. Bart, St. Barth, St. Bart's and St. Barth's, but its "official unofficial" name for short is St. Barts with a silent "s" at the end. Got it?

Now, about the things you won't see on this hilly, eight-square-mile speck popping up out of the blue-green waters of the northeast Caribbean.

Perhaps you flew to the island's airport at St. Jean on a twin-engine turboprop from the regional air hub on nearby St. Maarten. Or maybe you came by boat, docking at St. Barts' capital at Gustavia. Either way, if you're looking for a beach lined with high-rise hotels, forget it. Only one- or two-story buildings are allowed here, which helps the island keep its old-world charm. 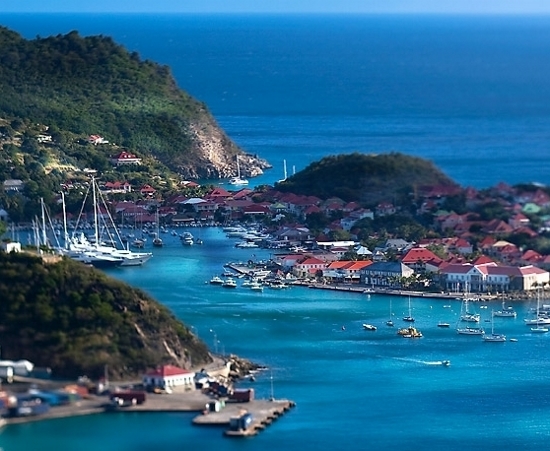 How about a snack? You probably didn't come to St. Barts to chow down at the likes of McDonalds, Taco Bell or Pizza Hut, but even if you get a Big Mac attack you won't find such places on the island. What's more, wander around town and you won't see any of the Caribbean's notorious timeshare salesmen (nor anyone else hustling you to buy something). And down on those gorgeous white powdery sands you can soak up the rays without being bothered by beach vendors.

Another familiar sight in the Caribbean are throngs of passengers from cruise ships mobbing the islands' duty-free shops and casinos. You will find duty-free shops here, but without the mobs -- because local laws won't let the big lines dock at St. Barts. And there are no casinos on the island.

Visitors who rent cars or motorized two-wheelers to get around -- as most do -- are happy to find the traffic rarely jams up on St. Barts. What's more, the island has no stop lights.

There's no crime to speak of, either. "It's totally foreign to our culture," says Nils Dufau, one of four vice presidents in St. Barts' government of 19 elected officials. He notes he doesn't lock his car or his home. 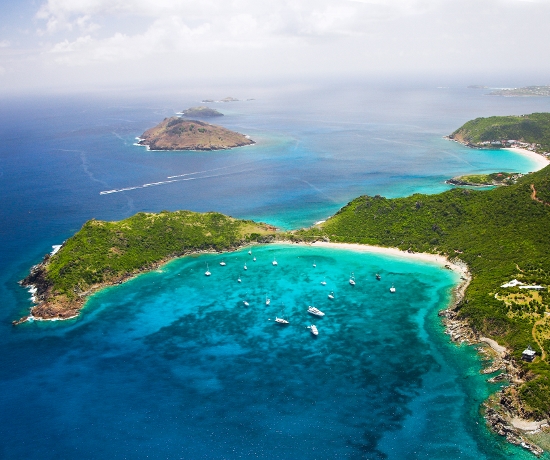 St. Barts, which had been part of a multi-island French "department" in the Caribbean, made a big move toward independence in 2007 when it elected to become an allied "collective" of France. Dufau explains, "We're not (our own) country yet, but close."

The collective is debt-free, so the 9,000 or so people who live here pay few taxes -- chiefly on their use of water, gas and electricity and for some services. There is no income tax.

If all this sounds like a tropical Shangri-La, it comes pretty close. There's only one catch: St. Barts ranks among the most expensive getaways on the planet. One reason is that everything from hats to hankies has to be shipped in, sometimes from places as far away as France. But the big reason is because the island caters to an upscale clientele who can afford things like $20,000-a-night stays in posh villas. 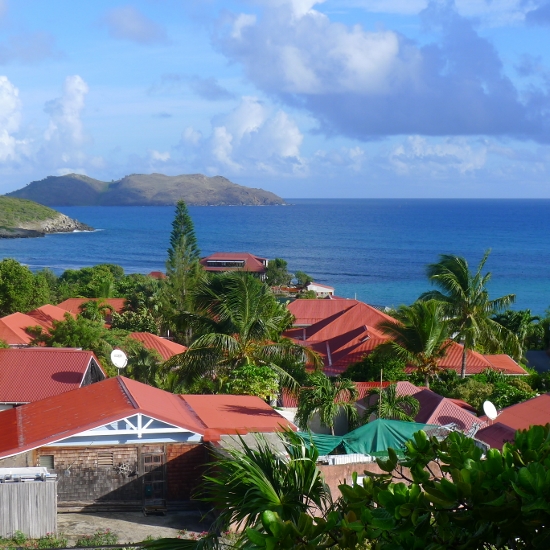 Homes and villas dot the hillsides. Photo by Bob Schulman.

The story of how St. Barts became the so-called "St. Moritz of the Caribbean" goes back to the mid-1950s, when the über-wealthy Rockefeller and Rothschild families discovered the centuries-old charm of the island's British-Swedish-French colonial heritage. Couple that with a laid-back ambiance, friendly locals and (at the time) cheap land, and this was just the spot to build million-dollar estates overlooking St. Bart's virgin beaches.

Word of this tropical bonanza soon got out, and soon the world's glitterati were beating paths to the island. One report compared the stampede to "a tropical gold rush, including panners who turned scores of the little red-roofed homes dotting the island's hillsides into lush villas and boutique hotels."

Today, they're the homes away from homes for the world's silky set, from land barons, oil titans, hi-tech CEOs and other corporate moguls to people who sit on thrones back home to Oscar-winning movie stars to A-list rockers and rappers of the likes of Paul McCartney, Sting, Beyonce, Jay-Z and Jon Bon Jovi.

Perhaps this blurb from the island's newspaper The Daily Mail best sums up today's scene on St. Barts: "Russian billionaire Roman Abramovich is flying the Black Eyed Peas out to perform at a New Year's Eve party at his lavish ($90 million) estate on St. Barts." 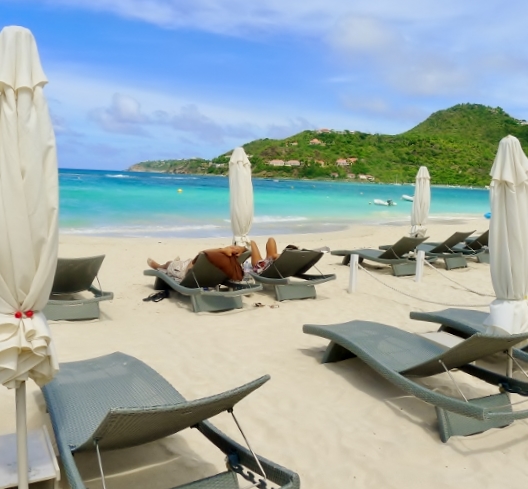 Guests tan up at the Tom Beach Hotel. Photo by Bob Schulman.

There are about 30 hotels on the island with a total of some 600 rooms. As you might guess, their tabs are pretty hefty. At the tony, 12-room Tom Beach Hotel, for example, peak season (December-April) rates -- converted from euros to U.S. dollars -- run from about $600 a night to a little over $900. Off-season, nightly prices tumble to around $430 to $660.

Built to please St. Barts' particular breed of visitors, the island is peppered by villas of all sizes, typically with jaw-dropping views of its 16 main beaches. Off-season rates at the villas start at about $300 a night and soar up to $15,500. In the high season, figure on shelling out at least $480 a night for your villa and as much as $29,000 (yes, a night).

One reason why people who can afford rates like these come to St. Barts is that the locals respect their anonymity. "Regardless of who they are, they know they'll be left alone," says Bertrand Charneau, second-generation owner of Hotel Le Village near St. Jean. Even asking for an autograph is a no-no on the island.

Charneau, whose father moved his family from the island of Guadeloupe to St. Barts in the late '60s to open the hotel, says he works hard "to make our visitors feel like part of our family" -- an ambiance that prompts a large number of repeat visitors to Le Village's 25 rooms and two villas. He admits his guest list includes "a lot of famous names," but like most local hoteliers he won't say who they are. 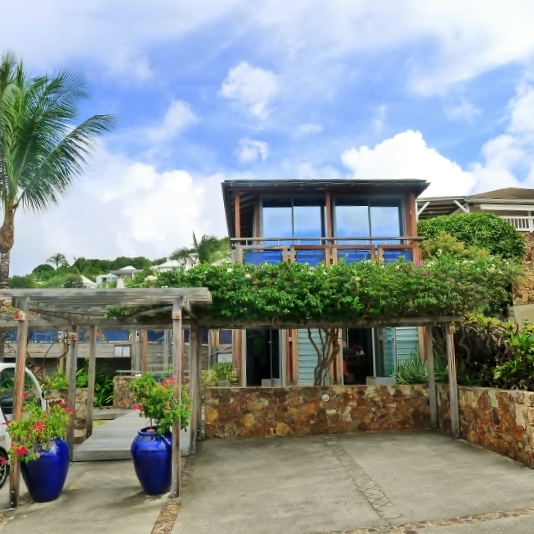 It's been said that St. Barts is "an island brimming over in chic-ness, from its edgy shops to its casually elegant art and beauty salons." It's no slouch in the dining department, either. Thumb through the local guides and you'll find no less than 60 restaurants, most with gourmet-quality ratings.

Clustered around Gustavia are spots on the coq au vin circuit like Cote Port, Les Boucanniers, Le Repaire and the legendary Wall House. Others are in smaller towns such as St. Jean and Salines, with the rest scattered around the island on hillsides and beaches.

Restaurant prices are typically stated in euros, but they'll be happy to take U.S. dollars. Just remember to bring plenty of them.