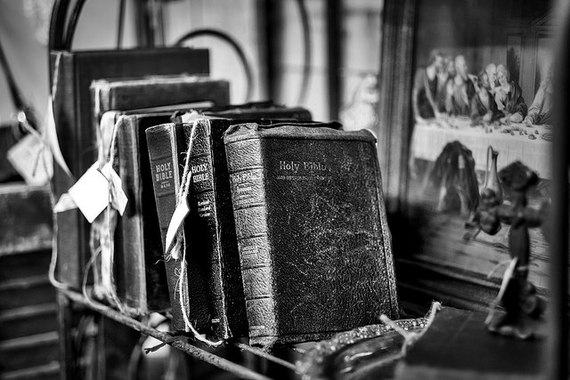 "All sins are equal in God's sight."

One regrettable trend in many parts of the contemporary American Christian church is the propagation of "Christian" clichés that are neither Christian nor true. One of these is the idea that no sin is greater than any other sin. From God's perspective, they are all equally bad.

This is something I've heard repeated for years, in one version or another. People say that all sins are the same in God's sight. Since God is morally perfect, any form of wrongdoing is just as bad as any other form of wrongdoing. There are several reasons, however, for rejecting this claim.

"Woe to you, teachers of the law and Pharisees, you hypocrites! You give a tenth of your spices--mint, dill and cumin. But you have neglected the more important matters of the law--justice, mercy and faithfulness. You should have practiced the latter, without neglecting the former. You blind guides! You strain out a gnat but swallow a camel (Matthew 23:23-24)."

Jesus himself, the moral and intellectual exemplar for Christians, rejects the claim that no sin is worse than any other. There are matters that are more important, morally speaking. For example, justice, mercy, and faithfulness are more important than giving a tenth of their spices.

While the foregoing is a discussion within Christian ethics, it is also relevant for those of other faiths, or of no faith at all. An important mark of sound moral reasoning, and of moral maturity, is the ability to distinguish between different levels of significance in moral matters. This is important to do as we reflect on our own character. It is important for parents as they seek to educate and guide their children with respect to their moral development. And it is important for our society, as we seek to make decisions in the political realm that involve a variety of tradeoffs that have significant moral implications.

We need to think hard about moral issues, and put the fruit of our reflection to work for the sake of the common good.

the biblechristian-ethicsjesuscharacterreligion
Go To Homepage