They say sports and politics don't mix. One sportswriter disagrees with that. In fact, he would argue that professional sports has always been political and has been a positive force in shaping American society.

Dave Zirin is The Nation magazine sports editor and a columnist for SLAM Magazine, The Progressive, and Sports Illustrated Online. His writing has appeared in numerous publications including The Los Angeles Times, The Washington Post, The New York Daily News, and The San Francisco Chronicle. Zirin has also appeared on multiple television programs including ESPN's Outside the Lines, MSNBC's Countdown with Keith Olbermann, MSNBC's Morning Joe, and The Rachel Maddow Show, and Democracy Now with Amy Goodman.

He has written four best-selling books What's My Name, Fool? Sports and Resistance in the United States, Welcome to the Terrordome: The Pain, Politics and Promise of Sports, A People's History of Sports in the United States, and Bad Sports: How Owners Are Ruining the Games We Love and Zirin just released a documentary called Not Just a Game: Power, Politics & American Sports.

I spoke with Zirin about his new documentary, Super Bowl XLV, and the suppression of politics in sports. Here's what he had to say.

Dave, you write about sports and solidarity and social change issues. What's your take on Super Bowl XLV? It's the blue collar bowl: The Pittsburgh Steelers vs. Green Bay Packers. What does this match-up mean in terms of the issues you often discuss?

I'm asked a lot if there are any good owners (in football) and I always say the best owners are the 112,000 owners of the Green Bay Packers. With the Packers, you have an ownership structure the NFL does its damnest to obscure and keep secret that the Packers are a not for profit team.

It's something that dates back to 1923 and in 1960, [the NFL] wrote in the bylaws that no other team could follow suit and be like the Packers. Yet, here the Packers are and they have no owner that's threatening to move the team elsewhere, unlike San Diego and Minnesota. The Packers owners are not threatening if they don't get a new stadium they're going to move somewhere else. Even beer at Lambeau Field costs half as much as it does in other stadiums.

It's a team that's really bonded the community and it's a very interesting and frightening example that we don't need owners to have pro sports. If anything, it's such poetic justice to see the Packers in the Super Bowl because this whole season has been scarred by the owners constantly threatening to lock out the players of next season unless they get a biggest piece of the profits.

Who are the people -- the powers that be -- that push for the no politics in sports? Who are the biggest culprits and why do they want to do this?

I think there are many cases where owners and head coaches make it clear that politics are divisive in the locker room, it undermines the idea of team, and that sports and politics should not mix. Also, in much of the mainstream sports media, the message is often contradictory. [The media] tend to decry the modern athlete who just says "We play one game at a time," because that athlete doesn't give them good copy, but they're also the first to jump on an athlete if they dare say anything political or out of the mainstream. Now not every sportswriter does this by any stretch, but that is the general overriding ethos.

The point I try to make in Not Just A Game is that politics and sports is there's all kinds of politics in sports, whether we want to see it or not. There's the politics of public funding of stadiums; of nationalism and militarism at the parks; war planes flying over the head during the national anthem; and having Lt. General David Petraeus flipping the coin before the game. There is even politics in Major League Baseball. The commissioner Bud Selig ignores the please of Latino players who don't want to have to the 2011 All-Star game in Arizona. It's all political.

A common answer or response one often hears is "We're not taking a political stance on the invasion. We supporting the troops. This isn't being political." Why is this rationale wrong and why do people believe it?

Well, the best way someone can support the troops is to get them home so they don't die. Granted, that's my opinion. But at the same point, it's an alternative opinion that has political implications. So are those who say the best way to support the troops is to say "You're doing a good job in Afghanistan and Iraq. Keep up the good work." That's just as political. It's one of those things where I am all for robust debate. I'm all for talking through these issues that's straightforward, open, and honest. What I'm not for is pretending that there's no politics in sports when these issues come up.

This is one of the main messages of the film too. One of the things that sports has done has been to normalize politics, nationalism, militarism, etc. It's normalized politics to the point that anyone who transgresses against them becomes accused of politicizing sports. That's what's so insidious about it.

The first criticism that's levied is "Why are you trying to bring politics into this?" I see this where I live in Washington, DC. We have a professional football team called the Washington Redskins. It's a majority African-American city and the team was named by a segregationist named George Preston Marshall who was the last person to integrate of an NFL team! It's normalized to the point where if you say "This isn't right!" then you are the one who's bringing in the politics!

Generally speaking, televized college and professional sports do not support it when athletes speak out on controversial topics or make certain kinds of stands on political issues. Muhammad Ali lost his belt for refusing to serve in Vietnam, Tommy Smith and John Carlos were kicked out of the 1968 Summer Olympics, and former Manhattanville women's basketball player Toni Smith turned away from the American flag during the national anthem during the U.S. invasion and occupation of Iraq. So why is it that someone like Denver Broncos quarterback Tim Tebow can star in pro-life Super Bowl ads? Why does Tebow get a pass and the others don't?

Because the normalization of politics flow very much from the right-wing spectrum in this country and Tebow falls in line with what is considered to be acceptable political discourse. The Tebow ads were also a front for Focus On The Family, an organization that has views that are beyond the mainstream on a whole range of topics. I consider that to be an example of stealth politics which the right-wing is very good at. I mean, if Tim Tebow said "Hi, I'm here to to front for Focus On The Family. We're here to repair your gay children," I think a lot of Super Bowl watchers would be disgusted. It comes in stealth and the right is effective at this.

Sometimes I hear people say "So what? Sports is just a game." From your perspective what are the most meaningful things people can take away from sports? What are some of things that go unnoticed?

I think sports is the closest thing a spoken language that we have. Oftentimes on sports radio for example, you get the much more honest discussions about issues like racism, sexism, war, and certainly homophobia than you ever do on a lot of talk radio. It's a forum where people really do come together and have big conversations.

Take this thing about the Packers and being run by a nonprofit. Imagine if a lot people knew about that and it becomes part of bar conversations and sports radio conversations in the lead up to the Super Bowl. In a lot of ways, that is a more progressive and more radical economic discourse than anything we're getting out of Washington, DC right now.

Above all else what do you want viewers to learn about your new documentary?

If nothing else, I want them to take away that there is a tradition of powerful activism in sports. There is a way in which sports has not only been shaped by our broader society, but it is also a shaper of our broader society. There are huge political debates at all times whether we choose to see them or not raging through the world of sports. The question for people who see themselves as progressive or as rebellious, is are we going to engage in those debates or step away from the table when the meal is served? I think we have to seize that because it's a way to reach people in a way that's more profound, more inclusive, and more dynamic than just about any other kind of cultural medium out there. 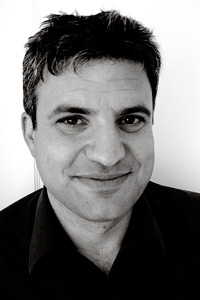 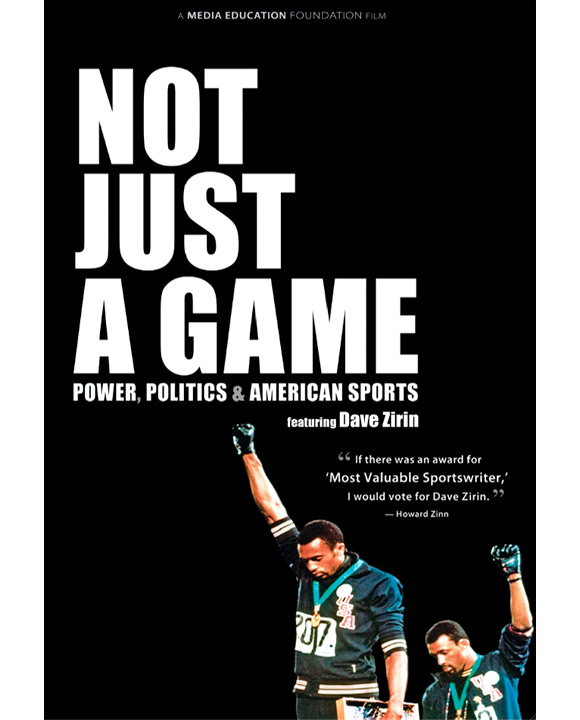