StoopidNewz.com is fake news? I would NEVER have figured that out on my own.

Thank you, my overlords at Facebook , Google, Fox News and the New York Times. Thank you for warning me about websites that don't tell the truth. Have you looked in the mirror lately? 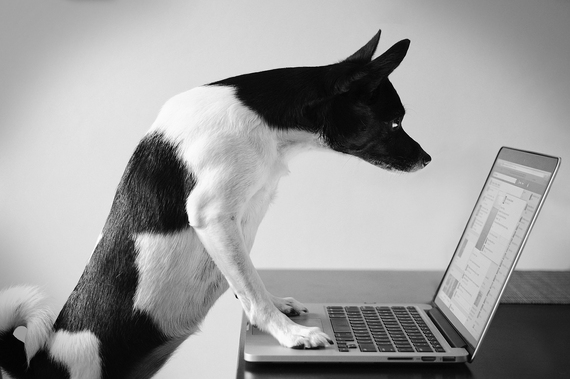 You may recall the Associated Press (AP) announced Hillary won the California primary the night before the election. Was it to sabotage Bernie Sanders' chance to make a strong showing? If so, that's an agenda-driven lie.

The New York Times, purveyor of lies that drew the nation into an interminable war in Iraq, and then Afghanistan and Syria, leading to the deaths or tens of thousands of Americans, hundreds of thousands of olive-skinned people and the expenditure of trillions of George Washingtons. That's an agenda-driven lie.

Fox News is the new alt-wrong clearinghouse for conspiracy nuts hoping to pull the Trump Cabinet of Dr. Caligari from the Twilight Zone of Insanity into the traditional right-wing realm of the End Times. Fox News seems to have a longstanding problem with the truth. Fox News anchor apologizes for false report of 'likely' Clinton indictment.

Thanks for telling us we can believe you but not newsnewsnewsnewsnews.org . Its clear the major news media knows what fake news is, since they have a lot of experience publishing it.

There is no truth when 76% of what your President Elect says is a lie and a compliant media doesn't call him out on it.

Every article about the Trump campaign contained fake news.Yet the media reported it as truth under the guise of "Trump said it; we're just reporting that." But their reporting was based on a lie. Encouraged by Democrats (and not reported to the public but for a criminal hack), the media treated political neophyte Trump as a serious candidate;when he was really just a Purveyor of Fine White Whine.

Wolf Blitzer should be cast in a new version of Jean-Paul Sartre's existentialist play "No Exit" and be forced to watch reruns of his daily, endless, breathless reports about Hillary's emails, as if they were news. That is hell. Let NBC's Matt Lauer drive the bus carrying minorities to the border. Maybe Donald Trump will be there to grab those two pussies.

The Truth About Fake News

What makes me qualified to write about fake news? I write it, and I've been the subject of it. One of my recent articles was declared false by none other than the experts at snopes.com. For a political satirist, being tagged FALSE by Snopes is a badge of honor.

It's amazing to me that enough people wondered whether that was true to cause snopes.com to take notice. What isn't amazing to me is that Bush and Cheney were not prosecuted. They could have plea-bargained it down to "not wearing a seat belt", I'd have been happy. I'd have even paid their $20 fines. Just so this country goes on record standing up for truth or justice or Pokemon Go, I really don't care. Just so it stands for something. The Smurf way of life. Anything.

How can fake news be a problem in a land where most people believe a burning bush spoke the word of God? Science tells you most brooks need to study for 100 years before they can babble.

If I was a burning bush, I wouldn't be speaking in tongues about God, I'd be yelling: "Water! Put this goddamned fire out!"

See, the problem isn't The Onion, Andy Borowitz or the Goodyear Satire Co. The problem is the government.

We have a government that looks the other way when Russians hack one political party and not the other, and an FBI whose director verbally gang rapes that party's female candidate for the Presidency. The good news is: before long, we will all have dual Russian-American citizenship. When did Vladimir Putin become our BFF?

We have a government that uses irony to fill high office. There'll be a climate change denier in charge of the EPA. We could have Mitt Romney as Secretary of Labor. He knows all about American jobs. He's shipped tens of thousands of them to China. And President-Elect Trump has narrowed his finalists for Secretary of Defense to three men. Larry has better foreign policy experience and Curly has the longest fingers but Moe is the quickest to put up his hand to block.

The problem is we have a government at war with its citizens and nobody in the mainstream media is calling them out on it. So "fake" news sites have to do it for them.

What have we wrought? Parallel Universes of Facts.

There's a conservative universe that has no climate change, no evolution and the world is 5000 years old. (That's 35,000 dog years.). Believers in these facts read The Crusader or the Washington Times and believe everything they read.

And there's a parallel universe where evolution controls the destiny of species in a world that's 4.543 billion years old (the same in dog years), where fossil fuels are warming the Earth to such an extent that we'll have to shuck this mortal orb within 1000 years, and where the FBI investigates and, if there's no prosecutable crime, honors the presumption of innocence and lets it go. Believers in these facts read the Washington Post, the New York Times and tea leaves at Starbucks.

It's just like there are dog people and there are cat people.

So mainstream media: clean up your act and stop your moralizing. Government: you work for us. Get your thumb off the scale of justice. And citizen journalists will do our best to keep you honest-ish.

We're smart enough to choose our own news without your lying help.