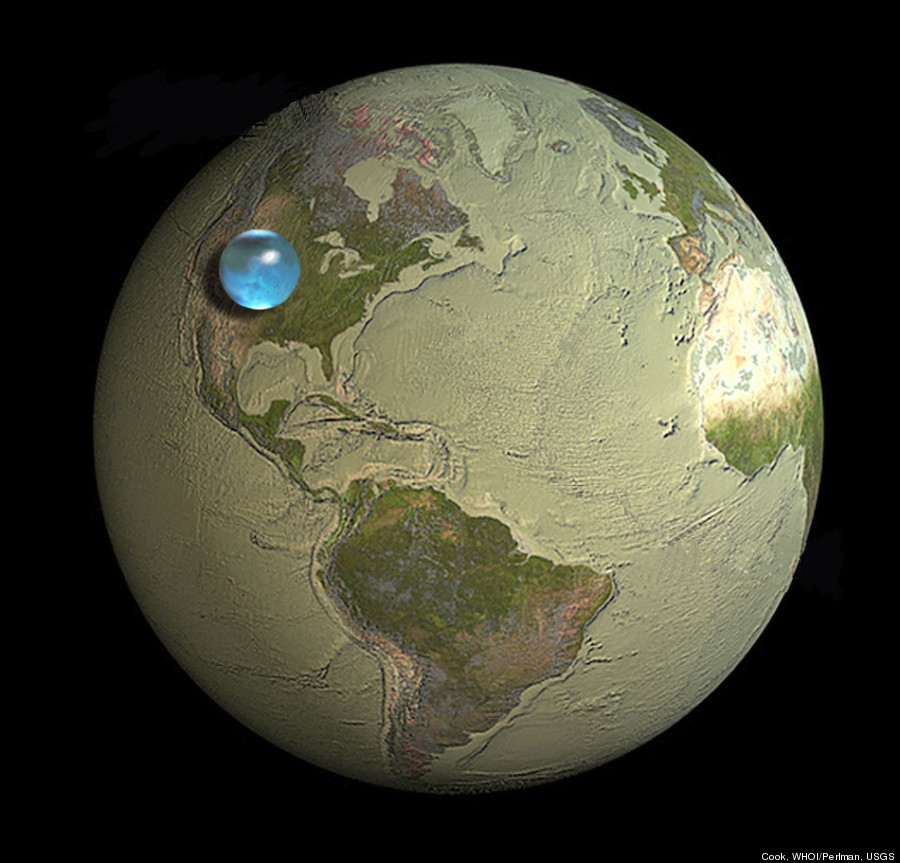 What would it look like if all of Earth's water was brought together in a single sphere? It might be smaller than you would imagine.

The image above, from the USGS, shows all the world's water -- from bodies of water, glaciers, soil, water vapor and even living things -- in a sphere with a diameter of 860 miles. The volume of the sphere would equal 332.5 million cubic miles.

The USGS explains that the sphere only appears small in relation to the entire Earth -- the diameter of the sphere is a bit larger than the distance between Salt Lake City and Topeka, Kansas.

They notes that, according to one estimate, nearly 97 percent of Earth's water can be found in oceans, seas and bays while less than one percent can be found as freshwater in lakes, rivers or the ground.

British researchers recently mapped the quantity and potential yield of all of Africa's groundwater, which may help improve access to clean water for the continent's residents. Scientists from the British Geological Survey and University College London estimate that Africa's groundwater totals over 158,000 cubic miles.

The research comes as experts warn that increasing water scarcity is likely to contribute to political instability in Africa and elsewhere. John Kufuor, a former president of Ghana and current head of the Sanitation and Water for All partnership, told Bloomberg, "People migrate to find water anywhere if there’s a scarcity situation. People have fought wars to access water."

Even the U.S. is not immune from water shortages. According to the EPA, more than 36 states are expecting "local, regional, or statewide" water shortages by 2013, "even under non-drought conditions."

Click here for more information on the world's water from the USGS.