Imagine if all 350 million toilets in the United States were flushed at the same time. Granted, doing this would require exceptional coordination, and the helping hands of a few million foreigners. But what if we could pull it off? Would flushing in concert explode all the pipelines, cripple the water supply, flood the streets with sewage, and, in short, destroy civilization as we know it?

Turns out it's a complex thought experiment, and, without the possibility of a real-world test, experts can't be sure how things would, quite literally, go down. But a total system failure doesn't seem likely.

According to Michael Johnson, a civil engineer at the Utah Water Research Laboratory who models fluid flow in sewer systems, the consequences of mass flushing would range from negligible to pipe explosions depending on where you are. "Because each city has its own water supply system, the effects of the flush would be localized," he said.

In some towns, the biggest issue would be a shortage of water for refilling all the local commodes at once. Because of the incredibly low probability of a universal bathroom break, not all water towers and tanks keep the requisite 1.6 gallons in store for every toilet they supply, but instead are continuously refilled by pumps. In such places, simultaneous flushes would leave some toilets high and dry, and waiting around for a refill — and this could cause serious plumbing problems by introducing air into the supply lines.

"Air in a pressurized water system is very dangerous as it can move very quickly through the supply lines and consequently result in serious water hammer," Johnson told Life's Little Mysteries.

Water hammers are pressure surges caused by a sudden drop in the velocity of water through a pipeline, and they can cause rigid pipes to explode. Emptying out a pipe, even just for a moment, introduces compressed air inside it, and when water later flows into the pipe and encounters this air pocket, the water comes to sudden a halt. The ensuing pressure surge can cause a pipe explosion.

Most cities could handle the flicks of all those handles without the risk of a water hammer. "I would think that most cities have water supply systems that are robust enough to handle the refilling of all toilets simultaneously," said Ed Maurer, a civil engineer at Santa Clara University and a hydraulics expert. "For example, if one tank served 25 percent of my city (25,000 people) and even if we assume everyone had their own toilet to flush, the standard 1.6 gal/flush toilet would create a total need for 40,000 gallons, which is equivalent to a small pool." Not so much in the grand scheme of things. [What If Everyone On Earth Jumped at Once?]

As for the outgoing sewage, we'd probably be saved from a plumbing disaster by a technicality: Simultaneous flushes don't seem simultaneous from the perspective of the main sewer line. "A simultaneous flush would result in sewage arriving at a main trunk line from toilets further from the branch connection arriving much later than sewage nearer the branch to trunk connection," Johnson said. In other words, rather than a peak, the main would receive a smooth curve of commode contributions.

However, it's possible that the plumbing in some apartment buildings might get backed up when all residents flush at once, depending on the building's pipe layout. It's also possible that two underground collection branches might meet simultaneously at a main line in some instances, causing a backup.

"If there are bottlenecks in the system, perhaps they could be overwhelmed, but I would not expect worse than we already see periodically," Maurer said. In some older East Coast cities, he explained, storm and sanitary sewers converge during heavy rain storms, causing sewage to get dumped into rivers and bays with the overflow. "That regularly causes public health issues already. Would a massive simultaneous flush produce more flow than an intense rainstorm? No."

Aside from minor mishaps here and there, neither expert actually predicts a major system collapse from collaborative flushing. That said, the American Society of Civil Engineers regularly grades the United States infrastructure, and as a nation we earn a grade of D. "Our sewers, water systems, and other crucial infrastructure is severely underfunded," Maurer said, "so maybe there will come a time when a massive toilet flush will have a bigger impact!"

What If All The Toilets Were Flushed At Once?
Shocking Ways You&#039;re Wasting Water 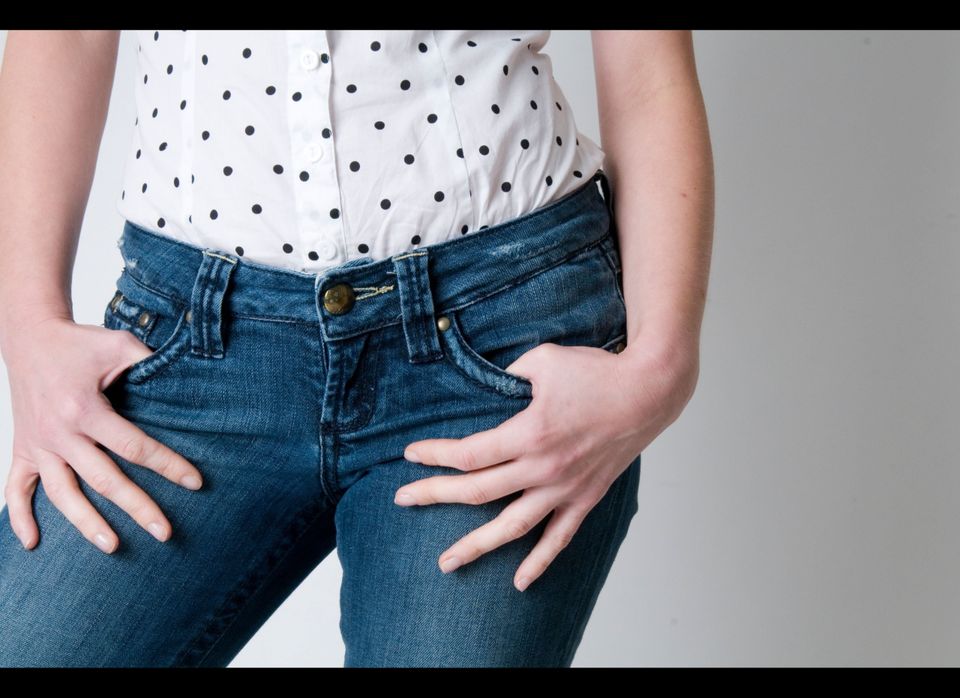 1 / 11
Wearing Your Jeans
<strong>The issue:</strong> Who would have thought that being a fashionista could take such a toll on the environment? Unfortunately, according to the <em>Indian Textile Journal</em>, <a href="http://www.indiantextilejournal.com/articles/FAdetails.asp?id=2420 " target="_hplink">the textile industry is one of the biggest creators of wastewater</a> worldwide. The EPA claims that it takes 2,900 gallons of water to <a href="ehttp://blog.epa.gov/blog/2010/06/14/my-jeans-are-very-thirsty/" target="_hplink">produce one pair of jeans</a>. Most of the water is used in the "<a href="http://www.epa.gov/compliance/resources/publications/assistance/sectors/notebooks/textilsn.pdf" target="_hplink">wet processing</a>" and dyeing of materials. <strong>The fix: </strong>The industry itself is making strides in cutting down their waste. <a href="http://green.blogs.nytimes.com/2009/07/21/cutting-water-use-in-the-textile-industry/ " target="_hplink">According to the <em>New York Times</em></a>, companies are using innovative measures to combat wastewater, such as <a href="http://www.airdye.com/" target="_hplink">AirDye</a> technology and counter-current rinsing. Still, there is a long way to go. One way that you can cut down on textile waste is to reuse and recycle. Need a pair of jeans? Check out Goodwill, or a nearby consignment shop. Want a bright red shirt? Buy a <a href="http://www.cottonique.com/pages/dye-free-resin-free " target="_hplink">dye-free light material,</a> and color the shirt yourself.
Alamy