Co-authored by Terna and Andrew Stehlik

"I didn't know there was such a thing as a queer Muslim."

Even among the most progressive, well-educated and best-intentioned individuals, this is a comment which is heard far too often. People who have no trouble understanding that lesbians, gay men, bisexuals and transgendered people have existed throughout history, in every nation, culture, religion and ethnicity, still have trouble accepting someone can be both queer and a faithful believer in Islam.

Admittedly, some confusion is understandable, as the Muslim record for tolerance is not commendable. On the contrary, Sharia, which is the most orthodox form of Islamic law, can be evoked to issue a death penalty for practicing homosexuals in Muslim countries such as Iran, Nigeria and Saudi Arabia. And, in 2011, when the Human Rights Council of the United Nations passed its first-ever resolution recognizing LGBTQ rights, it gained full support from the Americas and Europe, but was almost unanimously voted against by countries with a Muslim majority.

Nonetheless, there are queer Muslims, and they are making themselves known in growing numbers. The annual celebration of Ramadan (which began on June 17) coincides with Gay Pride Month this year, providing a unique opportunity to consider the current state of LGBTQ Muslims, as well as their likely future.

Why is this? Because Ramadan, which according to Islamic tradition, honors the first revelation of the Quran to the Prophet Muhammad, is not only commemorated through fasting from dawn to sunset, but is also a time known for great acts of kindness towards the neediest. Charity is very important to Islam year-round, but it is believed that good deeds performed during Ramadan are looked upon by Allah (God) with special favor.

While it takes discipline to keep one's mouth shut and forgo all food and drink for many hours a day, it also requires bravery to open one's mouth wide and speak up with compassion and charity for the rights of all human beings to be whole. This is what we're attempting to do with "Coming Out Muslim: Radical Acts of Love," a storytelling performance which has been shared on stages across the United States, and will appear at Rutgers Presbyterian Church in New York City on Wednesday, June 24.

The show's title is deliberately ambiguous. It suggests both the self-revelation which occurs in publicly declaring one's queer sexuality, as well as the challenges of being open about one's faith in Islam in a post-9/11 America, where fears and suspicions linger that all Muslims are terrorists. As recently reported in The New Yorker magazine, statistics from the F.B.I. show that hate crimes against Muslims are five times as common as they were before 2001. Given this environment, it is exponentially more dangerous to proclaim, "Allah made me Muslim; Allah made me queer."

In making such a courageous assertion, LGBTQ Muslims are becoming more visible at the intersection of faith and sexuality, joining conversations which have been underway for quite some time within Christianity and Judaism. What these three faiths have in common, of course, is not only an Abrahamic tradition, but a homophobia based in large part on a single scriptural story, that of Sodom and Gomorrah.

More modern Muslim scholars, along with freer-thinking Jewish and Christian theologians, advocate interpretations indicating that the true offense shown in the story of Lot is a threat of male rape, and a violent failure to show hospitality to strangers. New attention is being paid as well to verses in the Quran which non-judgmentally describe the existence of men who have no desire for women. And, some historians now point out that in earlier Islamic societies, same-sex relationships were celebrated in love poems written by Persian, Urdu and Sufi poets.

As for those contemporary Muslims who now choose to find a rationale for the death penalty against homosexuality in the hadith, or non-Quranic stories that are attributed to Prophet Muhammad, it must be remembered there is also a hadith where the Prophet says, if anything you have heard about me makes you turn away from me, it is not from me. Violence against sexual and gender minorities is not aligned with the Prophet's example of love and tolerance in community.

Most Americans, many Muslims, and a lot of LGBTQ people do not know that Islam has room for all of us. And, there may be quite a few who, even after hearing so, will respond, "Well, all this is unique to queer Muslims, what does this have to do with me?"

Our answer is, a lot. Because we believe that the more specific a story is, the more universal.

"Coming Out Muslim" speaks to the universal wish to be recognized as multi-layered individuals, who are parts of families and communities, who struggle and strive for wholeness. Time and time again, people come up to us after performances -- men, women, heterosexuals, gays and lesbians, Christians and atheists -- and tell us exactly this.

Coming out, then, is really about letting the world know who you are. So, yes, there are queer Muslims!

By taking pride in this, change can occur and love can grow. 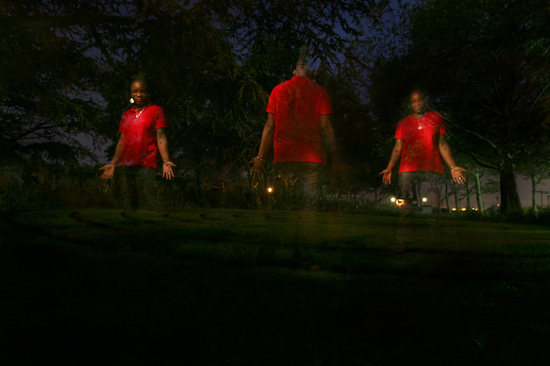 Co-founder of 'Coming Out Muslim'