All you have in this world is your reputation.

Two residents of North Fort Meyers, Fla., came home one night this week to find Bruni on their roof, naked. He allegedly went on a rampage in their home, pulling the TV off the wall, pleasuring himself in unspeakable ways, even sucking the contents of a vacuum and spiting it out at them.

Steven Hoffer wrote what I'm ready to declare a classic weird news headline. Hilary Hanson found and wrote the story. And in another moment of inspiration, Andy Campbell summarized the charges against Bruni, in a story that's gotten 15,000 Facebook shares -- and 71,000 likes -- to date.

Giovanna Plowman, a young woman now famous for sticking her own bloody tampon in her mouth, must also be worrying about what's left of her reputation. HuffPost Weird News shared this video on Facebook, resulting in many of us being suspended by the social network. So much for our reputation.

As we look back on the weird week that was, others have some explaining to do: German soldiers are sprouting breasts; a 5-foot-4 woman is celebrating her record-setting 8-foot-hips; a "cleaning fairy" can't keep himself out of trouble; a tipsy mom got stuck in her toddler's high chair; and a man who had sex with a miniature donkey has had another brush with the law.

What's the weirdest story of the week? Scroll through the gallery and vote below: 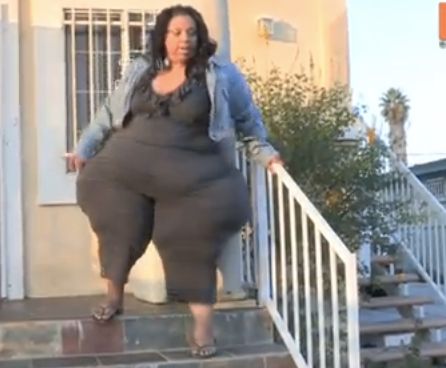 1 / 10
World's Largest Hips
Mikel Ruffinelli, 39, a 420-pound woman with an eight-foot circumference, set the new world record for World's Largest Hips, according to the World Record Academy. The mother of four, of Los Angeles, Calif., stands at just five-foot-four, has a proportionally small 40-inch waist, and is completely content with her shape. <a href="https://www.huffpost.com/entry/mikel-ruffinelli-worlds-largest-hips_n_2526338">(Read More)</a>
Aol.On