When President Barack Obama took the oath of office four years ago, he broke the tradition and donned a different brand of footwear.

Now the CEO of Allen Edmonds, a 91-year-old company that produces the majority of its shoes in the USA, is hoping Obama will make a different choice this Inauguration Day. “With unemployment the way it is, you would think he’d want to wear brands that are made in America,” chief executive Paul Grangaard told The Huffington Post.

Grangaard, whose company employs 600 workers in the U.S., says he's “highly confident” that Obama's choice of dress shoe for his 2009 inauguration was Cole Haan, a foreign-made brand, Bloomberg reports.

The Presidential Inauguration Committee did not immediately return an emailed request for comment from HuffPost.

Allen Edmonds took a hit during the Great Recession, laying off 8 percent of its workers in 2008. But the brand regained footing in subsequent years thanks in part to a wave of younger customers who rediscovered the brand. "Labels once seen as relics of American work wear now have an unexpected cool factor," the New York Times wrote in a 2011 piece about the shoemaker.

Hoping that Obama, known for his coolness, would wear Allen Edmonds to one of the Inaugural balls in 2009, the company named its tux shoe “The Hyde Park” in honor of the president’s Chicago neighborhood.

And while the shoes didn’t show up on Obama’s feet that night, Grangaard said he later learned that an Obama aide purchased two pairs of Allen Edmonds at a store several blocks from the White House.

Leading up to Monday, the company has once again contacted the president’s tailors, who reportedly make most of his wardrobe decisions, urging them to consider Allen Edmonds, Grangaard said. “We’ll see next week,” he added. “It’s a fun thing.”

Allen Edmonds isn't the only clothing brand that's lobbying for inclusion in inaugural outfits. As Politico reported on Monday, Brooks Brothers dispatched an "official historian" to Washington last week to remind residents that multiple presidents -- including Lincoln, Grant, Wilson and Obama -- wore its clothing during their inauguration. 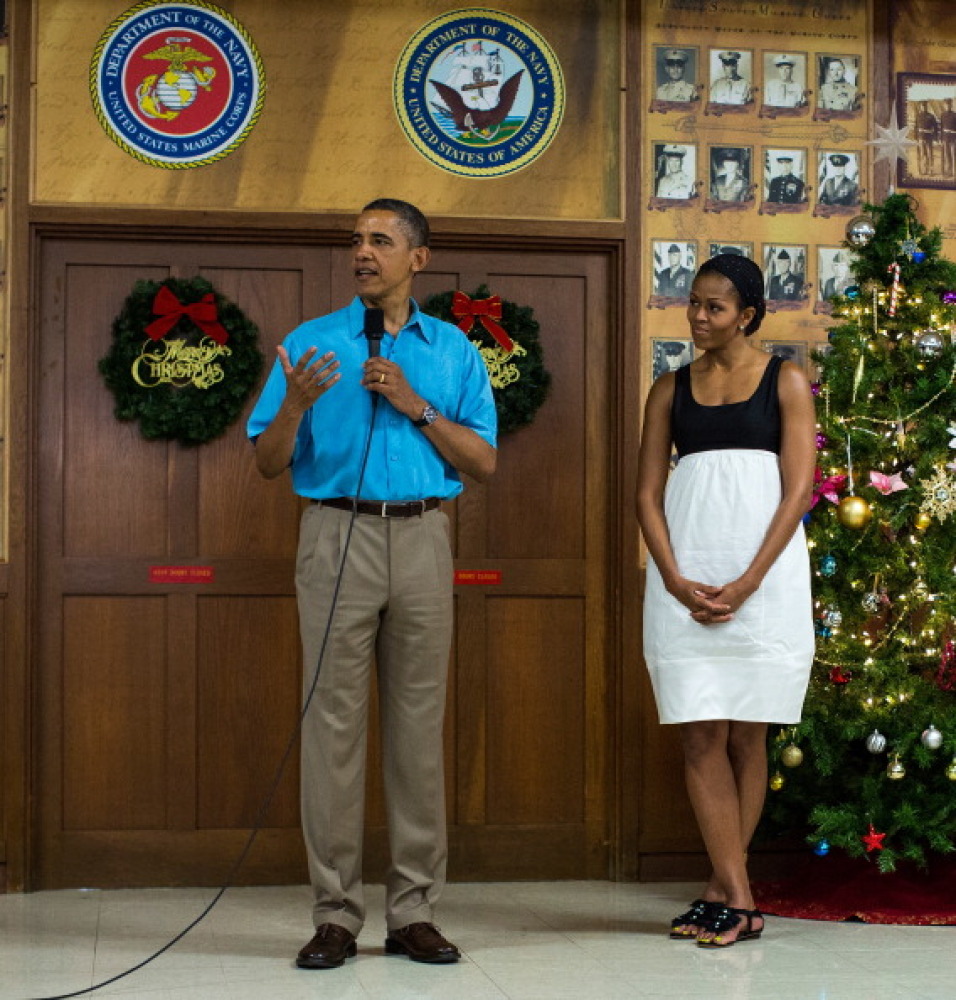