Known as "The Answer" during the height of his NBA career, Allen Iverson is apparently out of answers in retirement.

When Iverson entered the league out of Georgetown as the No. 1 overall selection in the 1996 NBA Draft, he sported just one tattoo: The only ink on the then 21-year-old from Hampton, Va. was an image of a bulldog on his left bicep beneath the words "The Answer." After Iverson's prodigious scoring for the Philadelphia 76ers lifted him to NBA superstardom, his signature line of Reebok sneakers also bore that nickname. Perhaps foreshadowing his future legal and financial woes, Iverson was actually sued over his nickname in 2001 by an acquaintance claiming to have come up with the moniker.

Three years after he last played in the NBA, Iverson's personal life is in shambles and his fortune has been squandered, as recently chronicled in a riveting feature in The Washington Post by Kent Babb.

“He has hit rock bottom, and he just hasn’t accepted it yet,” former 76ers teammate Roshown McLeod told Babb.

Despite his longstanding desire to return to the NBA, Iverson has been likelier to make headlines off the court than on it since the 76ers released him in March 2010. After a brief exhibition trip to China and an injury-shortened stint in Turkey, Iverson turned down a chance with the Dallas Mavericks' D-League outfit in January 2013. His travails in semi-retirement -- including a divorce, foreclosure and garnished wages -- have been as likely to be reported by TMZ as by the traditional sports media outlets that covered his youthful exploits.

In its coverage of the powerful profile in The Washington Post this week, Philly.com noted that "The NBA's bad boy from Hampton, Virginia by way of Georgetown will never pay for another drink in Philly." According to various reports, alcohol has been a fixture of his decline. In March 2010, Stephen A. Smith, then a columnist for The Philadelphia Inquirer, wrote that Iverson needed help to curb his drinking and gambling.

"Allen Iverson is in trouble, folks, deep trouble," Smith wrote. "The combination of alcohol and gambling - and a once-promising career in tatters because of the first two - won't culminate in anything short of disaster if help does not arrive in short order."

A day after Smith's story was published, Iverson took to Twitter to speak directly with his fans.

"To my fans: You all know that my life isn't perfect. I am going through some very tough times right now, like I am sure that we all do from time to time," Iverson wrote in a series of tweets. "However, I will stand tall like always with 'rhino' thick skin. Even though I have become used to hearing people say things about me that aren't true, it still hurts. I encourage you to continue your ongoing support and I want you to trust that this is another obstacle in my life that, with God's help I will overcome. God Bless You All."

Considered alongside Babb's recent piece in The Washington Post, Smith's 2010 personal, impassioned note of caution seems prescient. Iverson's path toward a stable post-retirement life is reportedly obstructed by many of the same issues that plagued him when he last played in the NBA.

To put Iverson's reported fiscal ruin in perspective, here is a look back at his NBA earnings* over the years along with several highs and lows from his time on and off the court. 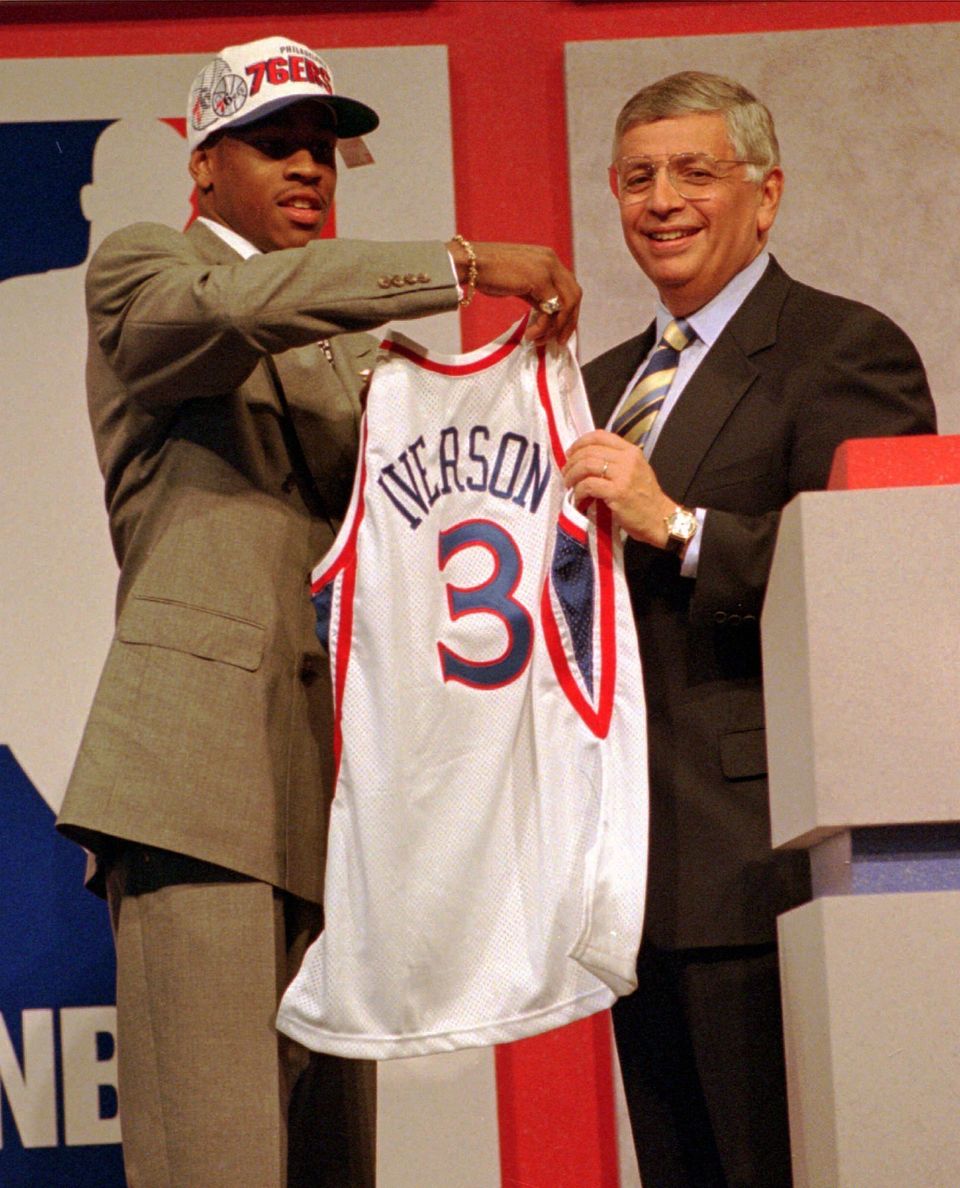