As we settle down into the grip of another New Year, the past slips further away into obscurity and I am soberly having to grapple with the fact that many youngsters' ears have never even heard the Beatles song, "Yesterday." It's an ominous sign of age creeping up and tapping you on the shoulder like a policeman halting you for driving too fast, dangling a rusty bucket in hand and reminding you of your own inescapable mortality.

If that's the case, how much hope can we bank on to imagine they would know that there once really was a guy called Cat Stevens who dreamed of transporting his generation to a better world with a song called "Peace Train"? The chance of these young'uns ever hearing anything more about this old "Cat" becomes even more remote when you realize that he decided to embrace Islam and become a Muslim in 1977, almost 40 years ago, when none of these kids (and some of their parents) were even born. 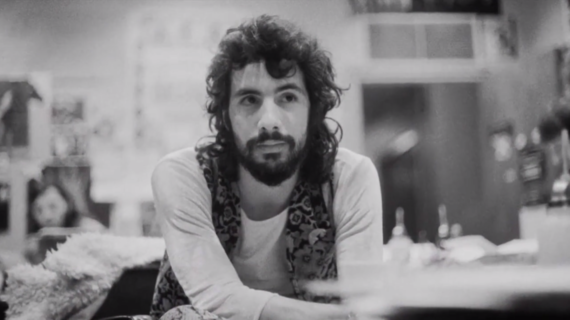 The next major ponderable impossibility would be for them -- as well as their parents -- to have been given enough accurate information about "why" he decided to jump off the friendly choo choo and align himself to what seems today to be an alien and anti-Western religion, hell-bent on the destruction of civilization as we know it. How can we solve this paradox as we observe the increasingly frightful and blood-chilling news connected to the name of the faith he adopted as his own -- Yusuf Islam?

Listening more closely to the "Cat" and his songs of the '70s might have partially solved the puzzle. When he stunned the music world by walking away from fame and money, all you had to do was to listen to "Father & Son" to hear the last words of the song say, "There's a way and I know, that I have to go -- away..." But that still doesn't really explain "why."

Therein lies the riddle -- and here comes the explanation: What people don't know is that the actual station, at which the earnest peace-seeking singer alighted, was in fact hundreds of light years away from the (wild) world that sprouted around him following his entrance to Islam.

"If the real intellectual and heart-cleansing message of Islam is not publicized or promoted, then the field is left to the belligerents and deadly aspirants of Armageddon."


After having reached the peaceful state of submission to God, emptying his ego and bowing his head, learning to pray and fast, it was only one year after his conversion when the Iranian Revolution suddenly shook the planet. This was followed soon after by the war in Afghanistan, the Palestinian Intifada, the Iran-Iraq War, The Satanic Verses publication, the Bosnian Genocide, the list of tragedies rolled on through to 9/11 and all that followed up to the crisis we are facing in the world today with the arrival of ISIS and the ubiquitous war of-and-on terror which has invaded and affected all of us.

Now for the good news: Having recently attended the annual Reviving the Islamic Spirit Convention in Toronto over the Christmas period, it was perhaps one of the most exhilarating reminders of the wonderful faith I (first-person) had discovered and embraced before the dark clouds appeared and negative storm of propaganda against Islam began to hail down upon us.

Unfortunately, very few people know or have access to the enlightening and spiritual teachings of this faith as so much time and attention is paid to the more radicalized elements of the Muslim community. Nobody is saying such deviants do not exist, but they are unrepresentative (approx. 0.01 percent) and they receive an unfair percentage of the media's valuable and influential space, which should be more fairly distributed to cover the real positive representations of the faith and its ethical principles.

Although the new Prime minister of Canada Mr. Justin Trudeau sent a
special video message of welcome and support to the event, there was hardly any other blip on the radar of media consciousness. Shame. Maybe that was because there was no bomb threat, no chaotic scenes or bloodshed; so it passed most people by like a snowflake floating in the breeze without even a whimper.

Why do beautiful things have such a hard time being noticed? And here's the point: If the real intellectual and heart-cleansing message of Islam is not publicized or promoted, then the field is left to the belligerents and deadly aspirants of Armageddon. Can't we try a bit harder to get back on that "Peace Train" again? To recall some lyrics in that anthem, "Why must we go on hating, why can't we live in bliss?"

It was truly refreshing listening to some of the inspiring testaments and speeches of the heart-centered scholars of this religion, reminding us of our common humanity and the links to wisdoms so often forgotten in the flattened landscape of modern reporting these days. The metaphysical mountain of knowledge and wisdom of the scholars of the heart are hardly seen or heard.

One of the illuminated (Western) Muslim scholars of the convention, Dr. Umar Faruq Abd-Allah reminded us of the universal essence in the axis of all being: "Truth is necessarily coherent; it's in your DNA, in your teeth, the dragonfly, the colorful fish of the reef -- it's in the Golden Mean of geometry."

He pointed out that the major problem with "science" today is its separation from metaphysics. How can you study the beauties of the intricately unified geometric patterns of the cosmos and not recognize the awesome intellect and artist behind its existence?

Another problem is how little people know or are informed about the core commonalities between roots of Islam and Christianity and Judaism. As a British Muslim and artist and musician, born and bred in the heartlands of modern Western culture and civilization, it's still disheartening. That's why, when lecturing in public to mainly English-speaking audiences, I personally make sure to remind them that Islam embraces an unshakable belief in Jesus, Moses, Abraham and most prophets and messengers of the One true God mentioned in the Bible.

"How can you study the beauties of the intricately unified geometric patterns of the cosmos and not recognize the awesome intellect and artist behind its existence?"


Like most things, the trouble lies is in the narrowness of our perception, as well as where we first obtain our information about such increasingly politicized subjects. The meaning of belief in God ultimately should lead a person to be the most humane and charitable, exemplified by the true teachers of faith, the chosen missionaries of God. The Last Prophet Muhammad said, "He is not a believer who goes to sleep while his belly is full while his neighbor goes hungry."

He also prophesized that there would arise extremists of faith who's "words go no further than their throats." The name given to radicals in Muslim history has always been the same: outsiders (al-khawarij). The Prophet maintained that the best of affairs lies in the "middlemost" of it, calling for justice, balance and moderation. And this was exactly what the convention was inviting to; the necessity of an "Alliance of Virtue."

It is high time the good people of the world, from all faiths and denominations work together to benefit mankind, through knowledge and good actions. The center is where we can all meet; a place where we can stand high above the sloganizing and chaos caused by religious radicals and soldiers of self-immolation and destruction. One of the memorable sayings of a famous Muslim mystic, Rumi, comes to mind here: "Out beyond the ideas of wrong and right there is a field... I'll meet you there." In that spirit, the words of my old song "Peace Train" also resonate:

Get your bags together,
Go bring your good friends, too
'Cause it's getting nearer
It soon will be with you

Call me Cat or Yusuf, I am an optimist -- and a believer cannot be anything else. Until that great train arrives, I hope that the expanding year will truly be one in which we can resolutely commit to our common humanity, and practice the heavenly teachings of true teachers and guides, many of whom I was honored to meet at the Convention in Toronto.

Peace be with you

For further information about the Revival of Islamic Spirit Convention please go to: risconvention.com.