A photography hobbyist captured the amazing photo below, even after a gator attacked his tripod and disappeared underwater with his camera for nearly a year.

Mario Aldecoa, who does shows at the Everglades Alligator Farm, studies biology, and does some wildlife photography on the side, was inspired to capture the eyes of the 100 or so gators in the farm's breeding pond during a company holiday party.

Aldecoa told The Huffignton Post he set up his camera on a tripod a foot out of the water to facilitate the long exposure needed to capture the low-light shot. 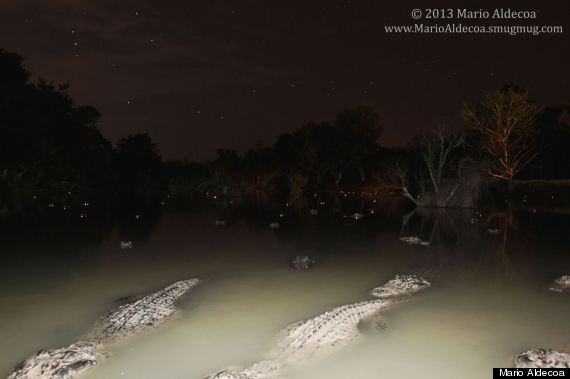 The curious gators continued to creep closer and just as the flash fired, a feisty one lunged forward and grabbed the camera.

Aldecoa says he grabbed the tripod leg and played tug of war with the strong gator, who with one swipe of its head, yanked the camera away, dragging it back into the black water.

But here's where the story gets even more unbelievable.

Eight months later, an alligator walks out of the water with Aldecoa's camera strapped to its leg.

The creepy night vision shot is just one of the amazing shots on the memory card that survived eight months underwater in an alligator breeding pond.

The camera, on the other hand, is toast. 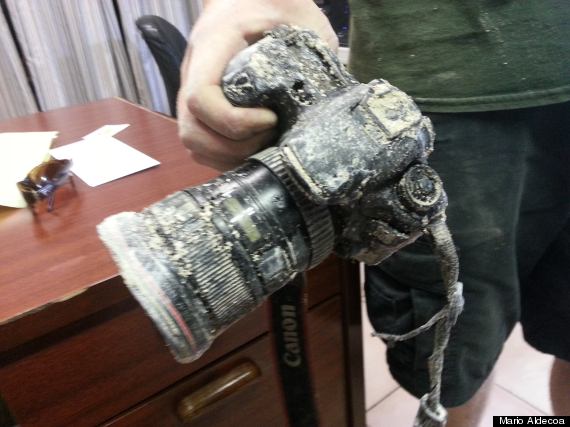 Check out more photo on Aldeocoa's website. Here are a few favorites: