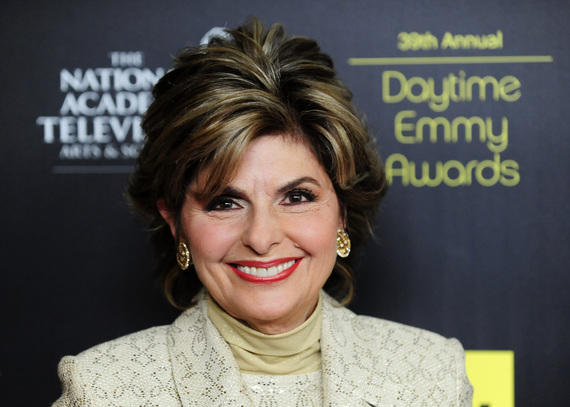 LGBTs In The News returns to Hollywood as The Los Angeles Press Club @ Steve Allen Theater welcomes a panel of leading LGBT journalists, activists and allies for a night of engaging conversation and audience participation--and you're invited.

Sponsored by SAG-AFTRA and now in its third year, LGBTs In The News with Thom Senzee comes back to the Los Angeles Press Club the evening of January 22 at 7 p.m. for another of the series' much anticipated, always explosive panel discussions--and to present its first ever "Elgy" Award for Lifetime Achievement in Equality Advocacy.

The first-ever Elgy Award will be presented to Gloria Allred, Esq. Ms. Allred's work as a civil rights attorney and advocate for equality is legendary. Never shy to represent victims of abuse and discrimination in high-profile cases, Ms. Allred also quietly champions the rights of victims in lesser-known cases.

Little known to the general public was her pioneering fight in 1983 for the right of a lesbian couple celebrating their anniversary to sit in the romantic, couples-only section of a fine-dining establishment called Papa Choux. It was her first legal battle on behalf of the rights of lesbians to be free of discrimination by a business. She and her firm won a precedent setting victory in the California Court of Appeals in that case, which she and other lawyers have been able to site as precedent to protect other gay and lesbian individuals from discrimination.

In January l987 Allred filed a lawsuit against Jessica's nail salon on behalf of Paul Jasperson because the nail salon denied him a pedicure after learning that he was HIV positive. Ms. Allred and her firm won two precedent setting victories in that case for Paul and victims of Aids discrimination.

Allred was the first attorney in California to challenge the family code ban on marriage equality in that State. In 2008 she and other attorneys won the right for same-sex couples to legally marry for the first time ever in California. Few know that it was her law firm's argument before the California Supreme Court that saved the marriages of the thousands of couples who were married before Proposition 8 temporarily ended marriage equality in the state. Her pro-equality work on behalf of LGBT people continues today.

As the founder of the LGBTs In The News panel series, I'm thrilled and proud to bestow our first Elgy Award to Gloria Allred. I think it's time Gloria received the recognition she so clearly deserves from our community. Gloria has never failed to be a voice for the vulnerable. She may be the most passionate ally our community has ever known.

Allred, Maroko and Goldberg, the law firm Ms. Allred co-founded, handles more women's rights cases than any other private firm in the nation and has won hundreds of millions of dollars for victims. Over the course of her 39-year legal career, Gloria Allred has won countless honors for her pioneering legal work on behalf of women's rights and rights for minorities. She has won the President's Award from the National Association of Woman Lawyers and the President's Award for Outstanding Volunteerism, presented to her by President Ronald Reagan at the White House. She has been voted by her peers as one of the best lawyers in America.

Gloria is also a three-time Emmy nominee for her commentaries on KABC television in Los Angeles. Her nationally syndicated television show, We the People, with Gloria Allred was also nominated in 2012 for a Daytime Emmy Award. The Daily Journal named her One of the 100 Most Influential Lawyers in California. In January 2014 Ms. Allred received the Lifetime Achievement Award from The National Trial Lawyers for her pioneering role combating injustices and winning new rights especially for women and minorities.

She is the author of Fight Back and Win, My Thirty-Year Fight Against Injustice- And How You Can Win Your Own Battles. Recently President Barack Obama introduced Allred as "one of the best attorneys in the country."

"I start every day with the knowledge that helping people and fighting for justice is my duty, and that nothing worthwhile comes without sacrifice, self-discipline, and courage," she was recently quoted as saying. Ms. Allred will headline the LGBTs In The News panel discussion about the importance of the role of allies in the fight for LGBT equality in the U.S. and abroad.

In addition to several leading journalists and activists, she will be joined by pop superstar and top-selling dance-music diva, Erika Jayne. As the January 22 engagement's featured panelist, Erika Jayne will be named LGBTs In The News Ally Entertainer of 2015 in recognition of her ongoing support for the rights and equality of LGBT people around the world. 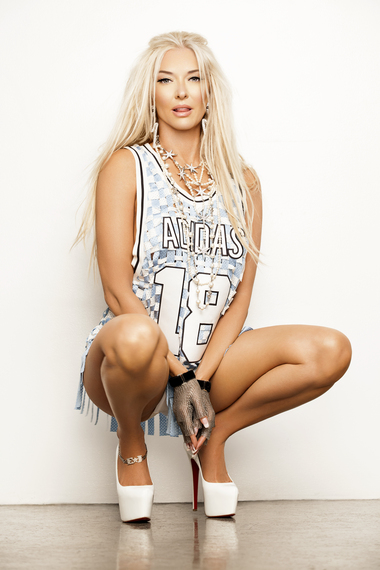 "I'm so honored to be named Ally Entertainer of 2015 at this year's LGBTs In The News event in Hollywood," said Ms. Jayne. "There are so many incredible people leading the fight for equality and I'm just grateful to be able to contribute. After all, these aren't just 'gay issues,' they're humanity issues; and it's important that we all step up however we can."

The January 22 engagement of LGBTs In The News includes six other panelists, all leaders in their respective fields, including:

Jason Stuart, out gay actor-comedian and co-star of the critically acclaimed 2014 film Love is Strange as well as innumerable feature films and television shows, and the hit web series, "Mentor." Jason is a founding member and co-chair of the SAG-AFTRA LGBT Actors Committee.

Noah Michelson, award-winning executive editor at Huffington Post and Huffington Post Gay Voices vertical, was kind enough to agree to join LGBTs In The News and The Los Angeles Press Club in person, traveling from in New York City, where he lives and works to be a part of the January 22 panel.

Acclaimed journalist, Diane Anderson-Minshall, author of Blind Faith, Blind Curve, and Blind Leap, is editor-in-chief at HIV-Plus magazine and The Advocate's editor-at-large. Joel Martens is an award-winning journalist, editor-in-chief of The Rage Monthly entertainment and lifestyle magazine--and a LGBTs In The News veteran panelist.

Tiq Milan is the senior media strategist of national news at GLAAD in New York City. He is author of an anthology of books about the transgender experience and a noted journalist and contributor to CNN, BET, MSNBC and other media outlets. Blue Montana is a transgender activist based in San Diego and star of an upcoming documentary film about transitioning, which will be the first such production to include scenes from inside the operating room where he will undergo "F-to-M" gender-affirmation surgery.

LGBTs In The News comes to the Los Angeles Press Club Thursday @ Steve Allen Theater, 4773 Hollywood Blvd. Los Angeles, CA 90027 on January 22 at 7 p.m. (reception, followed by panel discussion and award presentation at 7:30). Members of the media and the public are invited to attend this free event. For more information, visit LAPressClub.org.