When high school students experiment with extracurriculars, they're usually exploring college options or discovering lifelong hobbies. But when Allyson Felix, now 27, signed up for track as a freshman at Los Angeles Baptist High School, she quickly discovered that she was Olympic material.

By the time she was 17, she was so unfathomably good that she became the first track athlete to turn pro out of high school. She signed a professional contact with Adidas, said "no thanks" to running in college (but still attended USC as a regular student) and began training for the 2004 Olympic Games, where she won a silver medal. In 2008, she turned heads at the Olympics in Beijing by winning another silver medal and her first Olympic gold as a member of the USA Women's 4 x 400 meter team.

Today her face is all over the world in Nike ads, and she is the only woman ever to win three World Championship gold medals. But she's not stopping there. Felix heads to London this year for the 2012 Olympic Games and has one thing in mind: a personal gold medal.

Check out HuffPost's Q&A with the star sprinter in the slides below:

Allyson Felix, Olympic Sprinter, Reveals Favorite Outdoor Run, The Best Ice Cream And How Ready She Is For A Gold At The 2012 London Olympics 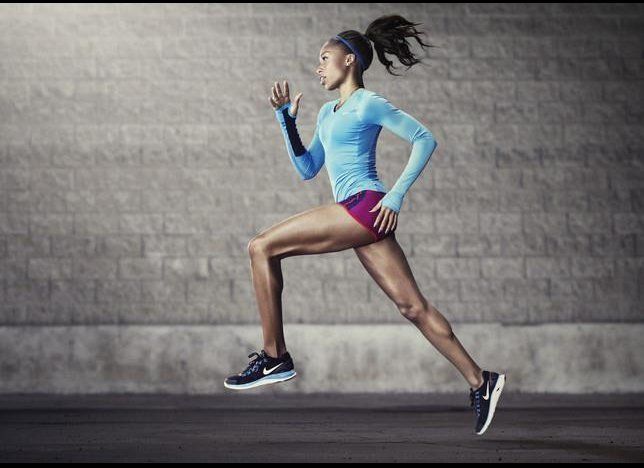