"Alone Time" is a striking and nuanced photo series by Montreal-based artist JJ Levine that seeks to explore issues of gender identity and queer space. Utilizing one model to portray two characters in each photo, the subject of each image in the series embodies both a male and female character within a single frame.

As a queer and trans identifying artist, Levine attempts to challenge mainstream notions of gender and sexuality through "Alone Time," as well delegitimize the rigid nature of the male/female gender binary. "I never alter body shapes or gender traits digitally," Levine told The Huffington Post in an email. "These images are convincing by no means other than costume, makeup, pose, and gesture. This technical detail further demonstrates that bodies and gender presentations can be malleable or subject to change without the help of airbrushing or other digital techniques to create such an optical illusion."

The Huffington Post chatted with Levine about the artist's inspiration behind "Alone Time," the desire to explore notions of gender and gender performance through these images and the ways in which this project will contribute to a larger conversation surrounding gender identity.

The Huffington Post: How are you attempting to explore gender through these photos?
JJ Levine: This concept is intended to raise questions regarding mainstream notions of gender and sexuality. I want my images to challenge the assumption that gender is binary and sexuality is fixed. Our culture puts a lot of weight on two really narrow gender categories, which makes it especially complicated for those of us who don’t fit into that dichotomous system to navigate our day-to-day lives and move through the world with ease.

How does your own gender identity or sense of self play into your work?
In all of my work, not just "Alone Time," I address queerness and gender. My identity as a queer and trans person and my commitment to my community connects me to my models, who are all friends of mine. Because this work is highly personal, and in many ways introspective, my own identity seeps through on many levels.

What is the larger or overarching message that you want this series to communicate, deconstruct, or contribute to?
I want to make visually convincing and complex images that playfully encourage the viewer to question their own assumptions regarding bodies and attraction. I am also interested in separating sexuality from gender and identity from anatomy.

Can you talk some about the title of the series -- "Alone Time"? Why did you decide to title the series in the way?
One of my best friends, Marty Fink, helped me come up with this title. I went with it because it emphasizes the idea that more than one gender can exist within the same person. The images are charged with relationship dynamics and gender roles; each invokes a different narrative or scenario through its two characters, who push past simple male and female stereotypes.

I did a conceptually similar project in 2009 called "Switch," in which I dressed each model as a man and as a woman and had them pose in the studio next to another model doing the same. Each pair of prom-style portraits is composed of two models portraying four characters. In this project, every model wears a dress as their “woman” character and a formal suit as their “man” character. Where "Switch" uses exaggerated costumes and gestures to convey this parody of the gender binary, "Alone Time" complicates it in a more nuanced way.

In terms of the subjects themselves, the majority seem to be existing in somewhat domestic situations. Why did you choose the settings/circumstances that each shot takes place in?
Normally I come up with loose scenarios beforehand, at which point I have a location in mind. Prior to each shoot, though, I run through ideas with the model to see what they are comfortable with, as well as how and where they want to be photographed. For "Alone Time," my goal is to create scenarios that a broader audience may be able to relate to, so most are scenes or moments from daily -- often domestic -- life.

What do you hope viewers take away from this project?
I’m less interested in increasing viewers’ awareness than I am in inspiring their openness to possibilities beyond what is considered “normal.” In other words, I want to convince the viewer of the many possibilities that may exist within a single surface perception or presentation. Ultimately, I aim to destabilize the notion of gender as singular and predestined by the sex we are assigned at birth. 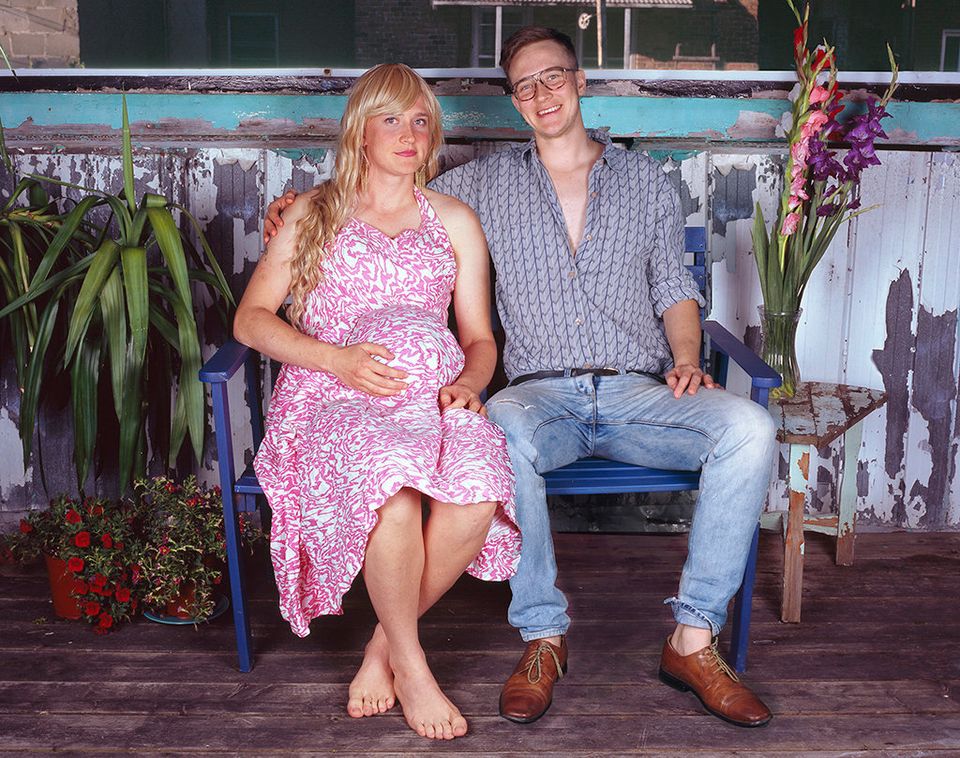