"How can there be exile,
When there is no homeland?"

Haunting, searing words from a moving book of poems in Arabic and English by Mishka Mojabber Mourani and Aida Yacoub Haddad over several years and across thousands of miles.

A poem entitled "New Year, 1979" (four years after the 15-year Lebanese civil war erupted), sheds light on the rattled existence of those who lived in the capital city of Beirut that was divided by internecine fighting and managed through pure grit, humanity and resilience to survive the insanity around them.

"The most ethereal caress,
A dawn, was given,
While sleepy West nuzzled to senseless East.
One city just then,
One battered, paranoid, schizophrenic city."

Alone Together blossomed out of their friendship and what began as correspondence by snail mail which continued through emails, with Mojabber Mourani pouring out her thoughts in English, and Yacoub Haddad expressing herself in Arabic. 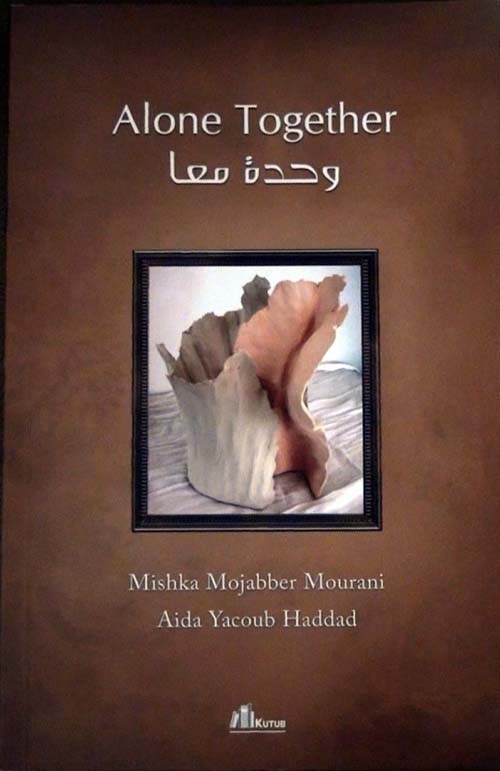 "I did not know
The extent of my happiness
Until I realized
That I long for
Nothing.
I miss no place.
I regret no lover."

The Lebanese-Australian, Egypt-born, half-Greek Mojabber Mourani is the author of Balconies, a memoir tribute to those typical haunts where Mediterraneans love to spend their time. 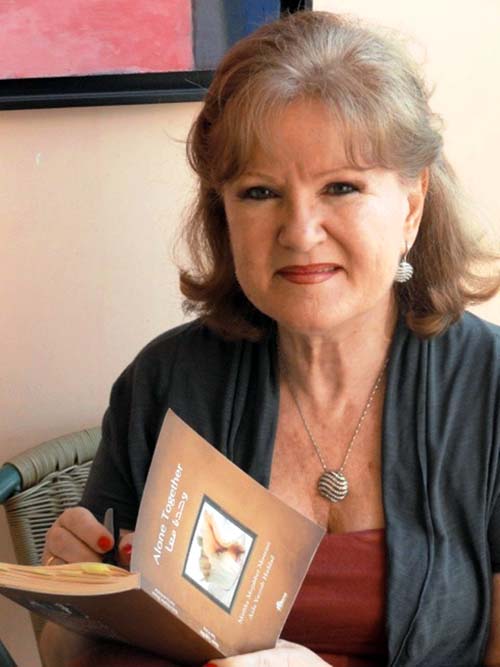 Our conversations started three and a half decades ago. They have continued intermittently across three continents and one long war. Months, sometimes years, have gone by when we have not gotten in touch with each other, but the conversation has been uninterrupted and communication always seems to pick up where it had left off. We talk to each other in a semaphore that developed all on its own," wrote Mojabber Mourani in the introduction.

Yacoub Haddad, who lives in Washington, D.C. and is a former Athens resident, addressed Mojabber Mourani in her Arabic introduction saying the book's journey began with the word "write."

"I visited you in the hotel where you were staying a year ago. We spoke as usual, as if a year hadn't passed since our last encounter. You told me 'There's a book inside me' and shared some of what you'd written, and true to form, asked me what I was writing," she said.

A year later, a meeting at another hotel, and, an agreement to let the book take its course, without specifying where one person's work began and the other's ended, or which texts would be translated into which language.

"I do not regret
A paradise lost.
I regret
A lifetime
Lost
In its anticipation."

The women translated each other's poems and compiled them into a 201-page book published this year by Kutub in Lebanon.

But it really all started when Yacoub Haddad, who at the time was living in Greece, translated to Arabic poems from a book her friend who remained in Beirut published about the civil war entitled Lest We Forget: Lebanon 1975-1990.

She eventually moved to Washington, D.C. only to have the poetic conversation resume, when, in turn, Mojabber Mourani translated Yacoub Haddad's Arabic poems to English "to better understand them," she said.

"They make a small hole
In your flesh
A cold instrument
Enters your being
Cuts your heart
Into pieces
In order to pull it out of you
Leaving you
Lying there
Without a heart
And without a wound."

Beirut-born Yacoub Haddad majored in Arabic literature, taught Arabic as a native and foreign language, and, published articles and short stories over the years.

Of that eternal, infernal city, one wrote:

Three lovers mark us most:
Our first love,
The lover we choose to share our lives, and
The lover that made us suffer.
Beirut is such a lover.

Mojabber Mourani emigrated to Australia in her teens but returned to Lebanon to complete her undergraduate and graduate studies in English literature as the civil war snowballed with every passing year.

She persevered, taught, worked as an educational consultant, helped establish schools in several Arab countries, married, had a daughter, and continues as executive vice president of a leading private school in Lebanon.

In the book's introduction and a message to Yacoub Haddad, she wrote:

"Your voyages have been very different from mine, but both of us have been on long and tortuous journeys. We have navigated the seas of war and loss of many sorts, and our ports of call have lacked permanence. We have assumed identities and abandoned them. Perhaps... this book will shed some light on who we are. I have reveled in this virtual conversation, you in Arabic from the U.S., and I in English from Lebanon. And the journey continues... "