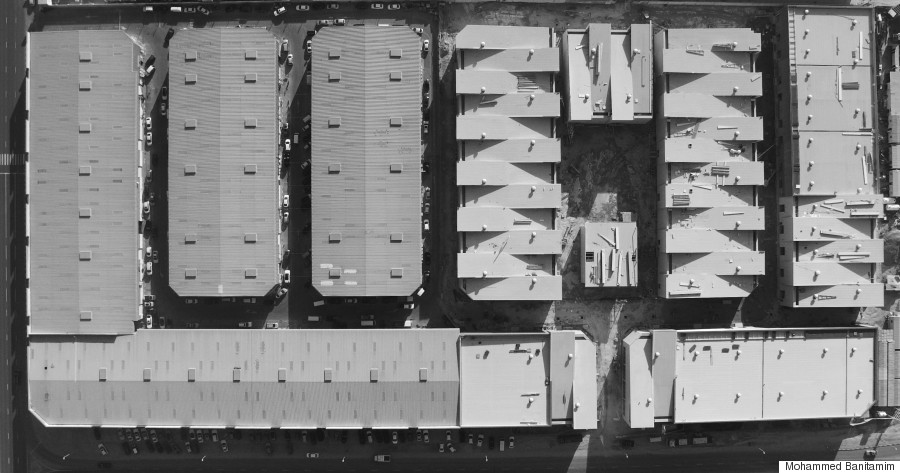 An aerial shot of Alserkal Avenue.

Grit and galleries go together, at least until the latter cancels out the former. From Shoreditch in London to Chelsea in New York City, gallerists have a habit of colonizing industrial neighborhoods blessed with vast warehouses and (initially) low rents.

The rule holds in Dubai too. This month, the region's densest arts district, Alserkal Avenue, doubled in size. Located in the treeless Al Quoz neighborhood, the strip of art and commerce sprung from a converted marble factory encompasses some 20 galleries and various other attractions for the culturally-minded (think: coffee shops, photography collectives, furniture stores, and even a classic car dealership). 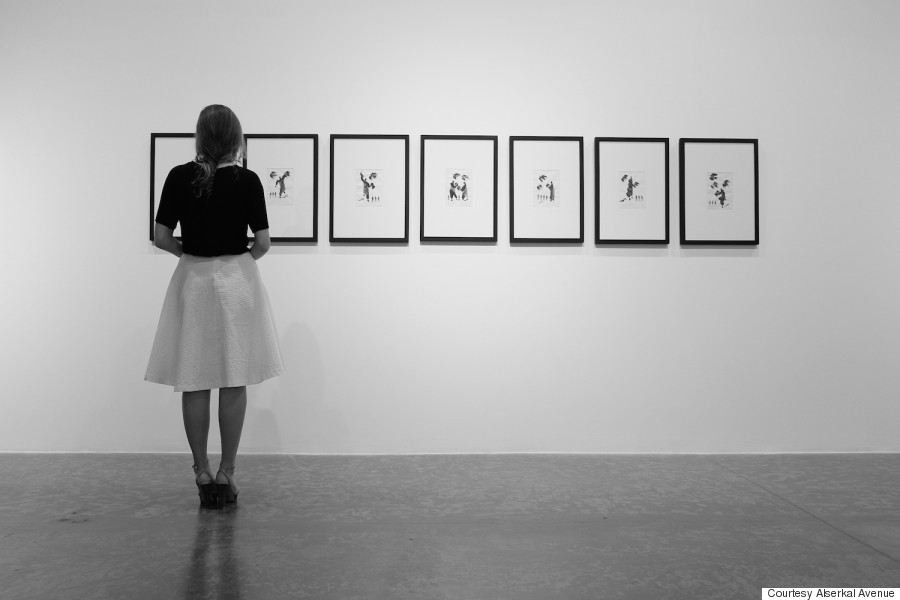 A woman takes in the work in one of the Alserkal galleries.

Of course, comparisons are odious and the circumstances of these half-a-million square feet are singular. Founded by a wealthy entrepreneur -- Abdelmonem Bin Eisa Alserkal, who also gave the Avenue its name -- Alserkal operates closer to a privately funded, multi-venue museum than an organic neighborhood. Dubai is a city ruled by commercialism, where it's "probably possible to build the world’s-largest-building-shaped-like-a-rotating-banana in less than 12 months," as writer Scott Indrisek quipped in a review of his recent visit to Alserkal. In this context, independent funding can yield radical results. Of the district, Indrisek writes:

"It’s not Chelsea, or the Lower East Side -- neither of those neighborhoods, clearly, are overseen by a patron who will help pay the costs for individual galleries to travel to international art fairs and other 'milestones,' which is the case with Alserkal Avenue."

Babied galleries have their upsides. Taking in the shows and programming on display, Indrisek found a whimsical scrappiness, a focus on "what's important, rather than just sellable." Standouts included cartoons poking fun at "Emirati foibles," and framed T-shirts sourced in Iranian markets, printed in the "perverse poetry" of mangled English. Homegrown artists remain few and far between (Dubai holds no higher institutes of art education) but the concerns are regional, and artists tend to come from Muslim countries, whether in the Middle East or Africa.

Indrisek did have one complaint. Along with his fellow visiting critics, he wished for more shade and less dust, citing the cultivated boughs of the High Line as "a model for a kinder, gentler industrial-grittiness." The comparison doesn't seem quite fair considering Alserkal is in the desert -- but then, no one said it's easy not being Chelsea.

Far from Dubai? Click through our annotated map of Alserkal Avenue below.