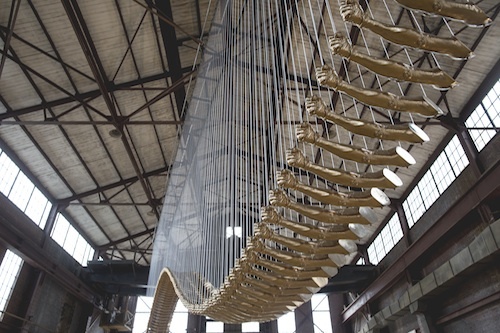 Throughout the fall, the Los Angeles Nomadic Division presents a series of five site-specific commissions which will sprawl out across Washington D.C. taking over public spaces. "Alter/Abolish/Address" will take place as part of 5×5:2014. The largest temporary public art project in the district, 5×5 sees five curators select five artists each to develop artworks across the city. The festival was first established in 2012. 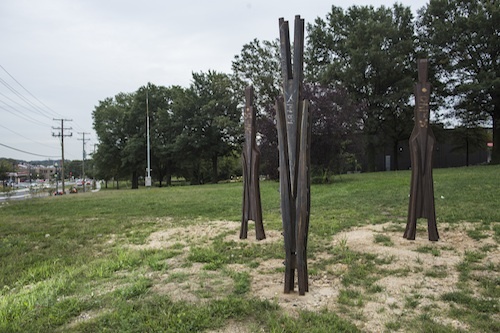 LAND - one of the curators chosen - is a non-profit founded in 2009, specifically to work on curating site-specific public art. "LAND believes that everyone deserves the opportunity to experience innovative contemporary art in their day-to-day lives," they say. "In turn, artists deserve the opportunity to realize projects, otherwise unsupported, at unique sites in the public realm." Previously, this has included their Moveable Feast events (one-off get togethers and craft nights,) Jamie Ross' ritual performances in the San Gabriel Mountains , and art happenings on Miami's Flagler Memorial Island. 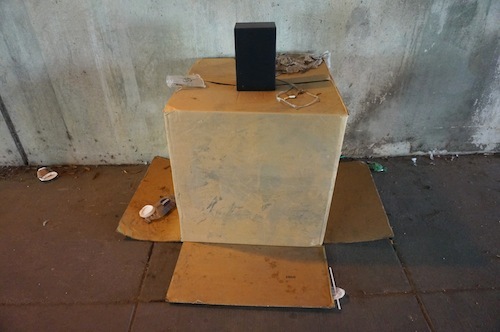 LAND's director, Shamim M. Momin has chosen Diana Al-Hadid, Dan Colen, Brendan Fowler, Glenn Kaino, and Marianne Vitale, with the five artists producing a varied selection of pieces exploring the structure and fabric of the city around them. These range from the small - Colen's underpass installations in which a fedora appears to blow and dance around the tunnel of its own accord, and a boombox playing cassette recordings of fortune tellers - to Al-Hadid's full building transformation, in which an abandoned building on Martin Luther King Jr. Avenue has its warped window boards replaced with a triptych of frescoed panels. Most impactful is "Bridge," in which Glenn Kaino fills the Naval Building on Tingey Street with an undulating footbridge of 200 golden slats. Each one of these is a cast of athlete Tommie Smith's arm, which was raised in a defiant Black Power salute from the medal podium at the 1968 Olympics in Mexico City. By filling and transforming these abandoned spaces, LAND have turned parts of the city into a giant gallery - open to all, whatever they make of it. 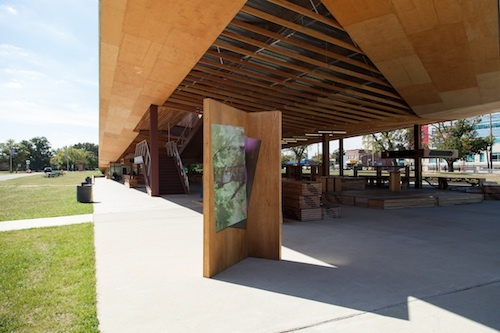 "Alter/Abolish/Address" is on view in Washington, D.C. through December 6, 2014.