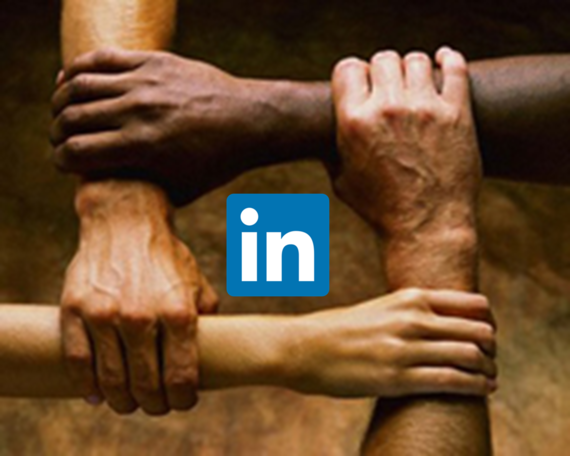 The classic film, The Wizard of Oz, serves as a reminder that we are all capable of great achievement and possess gifts of which we are unaware. On our quest--be it for love, knowledge, courage, or acceptance by family--we find others who unconditionally support us and bring out our best. Realization comes after the journey--a point of view gleaned from consistently overcoming adversity, spreading kindness along the way, and adhering to one's core values.

In the climactic moments of the film, where the triumphant team steps up to receive their spoils from the wizard, they are told that they owned the qualities they covet all along. Tin Man's lament is perhaps the most poignant. Yes, he gets the heart (a testimonial, actually, in the form of a heart-shaped watch), a well-deserved token for this metallic dude who, through his constant clanking and clamor for oil, exemplifies empathy and ethics. He has what "men who do nothing all day but good deeds" do not.

On the Nature of Good Deeds

Altruism, as defined by The American Heritage Dictionary of the English Language, is the selfless concern for the welfare of others. The French philosopher Auguste Comte (1798 - 1857) was the first to employ the term to "denote the benevolent instincts and emotions in general, or action prompted by them." The impact of altruism in society today is under study by psychologists, evolutionary biologists, anthropologists, and ethicists. As a social scientist, I am interested in how the Internet influences altruistic behaviors, primarily in business, and advancing a few theories of my own.

As humans, we instinctively gravitate toward people who show us regard. Relationships form on an initial perception of trust and are moved forward through warm, spirited exchanges. As business professionals, we strive to appeal to the sensibilities of others while educating them on the value that we can provide. Gaining familiarity within the tribe is a multi-tiered process, one that is sustained through a continuous interchange of thought and feeling.

In life and business, there are those that miraculously appear solely to help us, and expect nothing in return for their efforts. These are the so-called "givers," whose acts of kindness, be they targeted or random, can often override talent or luck. In contrast, there are the "takers," people who will parasitically attach to your success or ability to influence, incessantly ask for favors without the slightest intent of reciprocity, and suck the patience right out of you.

Those that give with the notion of receiving something in return are merely trading or "matching" value, a concept elucidated by the noted organizational psychologist and educator, Adam Grant. Whereas there may be a disparity in the amount of value received by both parties in trade, the gain is in the self-interest of each. Otherwise, the new value could not be produced or achieved.

Social networks assemble on the premise that an expansive, engaged community can give rise to meaningful interactions that will drive mutually beneficial outcomes. LinkedIn accelerates the process by which people build equity into professional relationships. Your first-degree connections have economic value to you, as existing clients, potential clients, influencers, or collaborators. Showing them respect, being nice, and obeying the laws of etiquette on a politically correct forum are not acts of LinkedIn altruism; rather, an essential for earning (and keeping) their business.

Good deeds are good deeds, whether they are performed in the real or virtual world. The medium may change, but the endgame remains the same. Concern for the emotional and financial well-being of family, friends, and colleagues transcends a digital interface. The manner in which we communicate our value varies, but those who are truly desirous of helping people have constant intention. They elevate others to success.

Those who embrace a mindset of giving know that the reward eventually comes, perhaps not from the recipient, but from elsewhere in the universe. Their actions may speak louder than words; but online, their words become their actions. Be it through an introduction, a testimonial, or providing guidance, givers are proactive. The motive to give overrides any egoistic impulse. They derive great pleasure from helping people.

The Personal Brand of the Giving Professional

Establishing a reputation as a giver has become a driving force for many professionals who market themselves as connectors, mentors, and community builders. Those that operate from a place of benevolence, and get to be known as givers, can expect to reap greater reward in the long run. They have no set agenda other than to serve their connections, friends, and followers. Over time, the "giver" brand organically develops.

Bob Burg is an author and speaker whose guiding principles demonstrate the effectiveness of giving behavior in business. He defines giving as a "focus on providing value to others." Integral to Burg's approach is the notion that our success is a function of the level of service we provide and the extent to which we place the needs of others first. In the business world, "when we transfer value with the correct motive, it is completely congruent with our notion of self."

In contrast, the taker fixates on what can be extracted from dealing with others. Those that consistently take in business deploy an entirely different priority system, one lacking in morality and bordering on Machiavellianism. "When it comes across, it is noticeable," Burg contends. "Takers are only concerned with what is in it for them exclusively." No business professional wants to be perceived as a "taker." It is an undesirable brand.

♦ Doing business in the Digital Era, as it is in the physical world, is contingent on getting known, liked, and trusted. Social networks give us a framework through which to convey our value and demonstrate our caring nature to others.

♦ As a social scientist, I feel that interest in the greater good creates a community of caring and sharing, a phenomenon that plays out on social networking sites. Social networks orient users toward altruistic behavior, both on the individual and group levels.

♦ There are those that would misconstrue any nice gesture as altruism. The best givers are authentic givers. They do not keep score or pressure others for value in return. Anyone that feigns interest in the welfare of others will eventually be exposed for what they are.

The altruists among us show their true colors when we seem to need them the most.