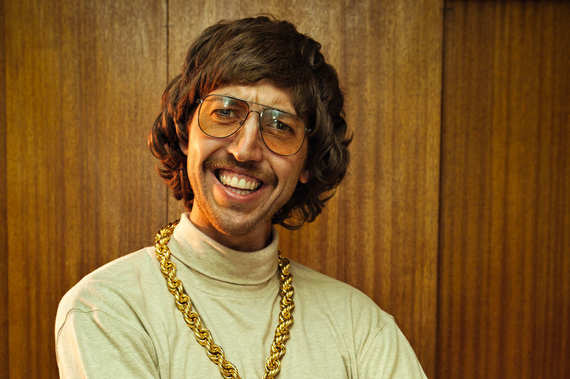 There's more good news for warmhearted hornballs. A study I covered last month found that in relationships, the more attentive people are to their partners, the more they have sex. And according to new research, that logic carries over to a lifetime's worth of sexual adventures: The more altruistic people are, the more sex they have, whether it's hooking up or settling down.

For a new paper published in the British Journal of Psychology, a research team lead by Nipissing University psychologist Steven Arnocky got the lowdown on people's sweetness and sexual history. In one study, the researchers recruited 192 unmarried women and 105 unmarried men from northern Ontario and threw a bunch of autobiographical and psychological examinations their way. The first was an assessment measuring altruism (with items like "I have helped push a stranger's car out of the snow," "I have given directions to a stranger," and the like). Then came several measures of mating success. One was a self-reported desirability scale, with items like "Members of the opposite sex that I like tend to like me back" and "I can have as many sexual partners as I choose." Then they shared data points like their number of lifetime sex partners, their lifetime number of casual sex partners, and if they were in a relationship, how many times they had sex in the last 30 days. They also took a personality assessment.

Related: So There's an Easy Way to Have More Sex With Your Partner

After crunching the numbers, the researchers found that altruistic behavior "significantly predicted" self-reported mating success and lifetime number of sexual partners, and that it was "modestly related" with sex within a relationship. The researchers also found that altruism had a stronger link to casual sex partners for men compared to women. In a second study of 335 undergraduate women and 189 undergraduate men, participants did self-reports on desirability, sexual history, and personality. They were also presented with a hypothetical situation: If they were to win a $100 raffle, would they keep the money, donate it to charity, or do some combination of the two? In line with the first study, the second found that donating "significantly predicted" the number of people someone had slept with over their lifetime.

These results, the researchers write, fall in line with previous work around altruism and sexuality: In hunter-gatherer societies, men who excel at bringing home (and sharing) the bacon have more reproductive success. While previous research indicated that people say they prefer altruistic mates, this study suggests that they bang them, too.

In correspondence with Science of Us, Arnocky was careful to note that, because of the way this study was designed -- self-reporting and all -- you can't draw out the reason why altruists were more thoroughly sexed, all you've got to work with is associations. He says that future research could follow people through adolescence and into sexual maturity to see how much altruism leads to future mating success, and it would be cool to see if it replicated across cultures. (Canadians are notoriously nice; would the kindness and sex link carry over for New Yorkers?). To Arnocky, the results run counter to some of the sexually aggressive narratives about attraction that float around pop culture: "We often hear things like 'nice guys finish last' and this attitude can affect the way we interact with potential mates -- remember the recent popularity of 'negging' (deliberate backhanded compliments as a pick-up strategy)?" he writes. "These behaviors seem to contradict what people are actually looking for in a partner." As in: kindness. More from Science of Us: The One Real Way to Get Better at Sex Why Some Couples Have So Much More Sex Than Others Introvert Hangovers Can Be Really Rough Every Weekend Should Be a 3-Day Weekend Just Thinking About Exercise Can Trick Your Body Into Believing It's Worked Out