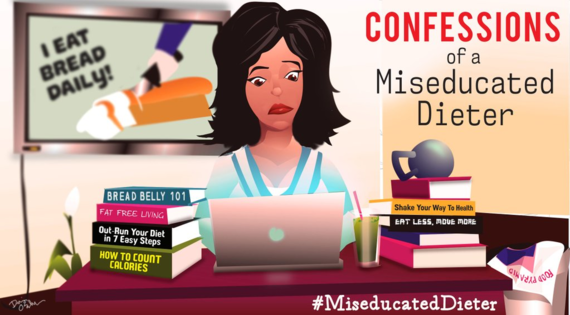 Just over two months ago, I made yet another annual vow (New Year's Resolution) to lose weight. At 41, it wasn't about fitting into a slinky black dress, - this was about being around long enough to watch my two children grow older. Type-2 diabetes ended my mother's life prematurely at the age of 49 and genetically I was at-risk for following in her footsteps. It was time to get serious about choosing health for good...Again.

Truth is, no matter how hard I tried (crash diets, fasting, protein shakes, exercise boot camps, marathon training, therapy, medication, meditation) I couldn't shake the witching hours from 9pm - 11pm when an entire day's worth of "clean" eating evaporated within minutes. I'd promise myself I'd be better the next day, and yet like clockwork the cycle would return with bowls of dried Honey Nut Cheerios, or low-fat lemon yogurt and graham crackers the following night. I convinced myself that it wasn't as bad as eating cake, cookies or brownies and I rarely ever ate fast food. Even though I was exercising regularly and watching my calories, I was still putting on weight.

Never would I have imagined that eating more fat would be the solution. 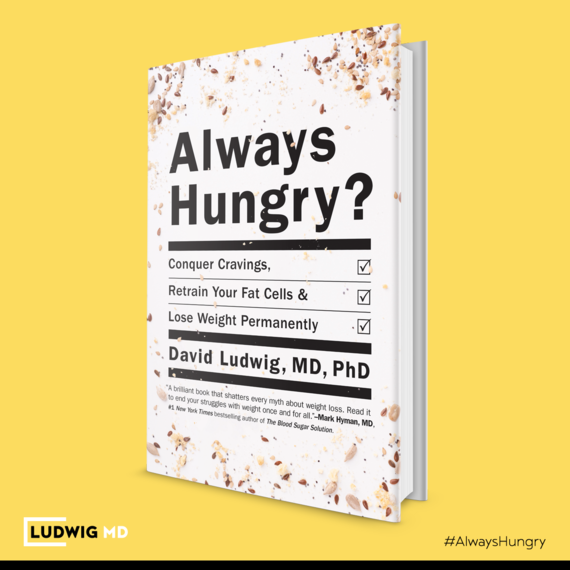 "It's not overeating that makes us fat, it's the process of getting fat that makes us overeat," Dr. David Ludwig, author of Always Hungry? explained over our first phone conversation in early January. "Insulin is like miracle-grow for fat cells. When you eat refined sugar or processed carbohydrates like bread, white potatoes and pasta, insulin levels spike driving fat cells to get hungrier - soon motivating fat storage and causing weight gain. By taming the fat cells with "healthy" fat and less fast-acting carbohydrate, your fat cells calm down, and get released back into the bloodstream to be used as energy..."

In the book it's described as finally shifting your bicycle into the right gear.

It seemed blasphemous given what we've been advised for decades about low-fat dieting: keep fat off your plate, if you want fat off your body. And yet Dr. Ludwig is a world-renowned endocrinologist widely respected for his research and studies on insulin resistance and childhood obesity. Designed to work from the inside-out, his program was creating the internal conditions for weight loss to occur naturally.

Why the "Calories in - Calories Out" Model Doesn't Work

"Humans aren't toaster ovens. Simply cutting calories without looking more closely at the body's ability to manage refined sugar and processed carbohydrates, doesn't work over the long haul." According to Dr.Ludwig, the food industry has a very strong incentive to embrace the calorie balance model - because if all calories are alike then there's nothing wrong with drinking a Coke each day. Just make sure you burn it off. It's then up to us to make sure we exercise enough and maintain dietary willpower - never addressing our spiked insulin levels from refined sugars or their weight-gaining affects on our body.

"Despite 40 years of telling people to eat less and move more - the obesity epidemic has skyrocketed. Which leaves us with one of two possibilities: the general public has lost its moral fabric and no one can control themselves anymore - or our fundamental way of thinking about it is wrong." The epilogue to Always Hungry? addresses the various entities impacting our food system and a plan to restore healthy food as a national priority.

The Power of Community

For two months, I've actively participated in the Always Hungry? ("AH") program, communicating regularly with Dr. Ludwig and his wife, Chef Dawn (who managed the pilot study and developed the amazing recipes for the book) by email, phone and now as a moderator within the online community. I've learned along the way that my new prescription for weight loss success wasn't only about retraining my fat cells, but also striving for overall wellness beyond a number on a scale. 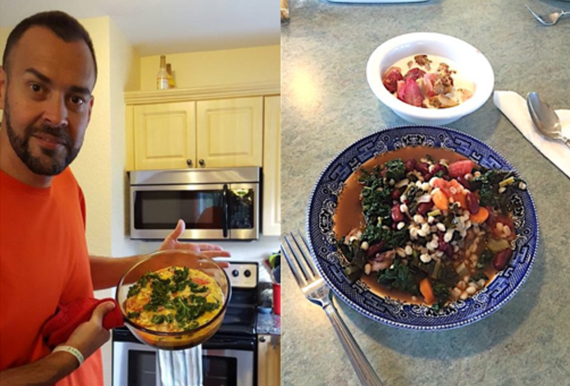 "This is about nourishing yourself healthy" - Dawn added in their most recent live Q&A on Facebook this past Thursday. She works closely with the moderators who she refers to "Rock Stars" on developing ways to best support the online community. Her mantra: "Go easy on yourself. Leave self-blame and shame at the door."

The Official Always Hungry Facebook group has grown to over 2,000+ men and women from all over the world - ranging from needing to lose anywhere from five to 100+ pounds, to elite athletes training for marathons who want to better fuel their bodies to maximize performance. Both Dr. Ludwig and his wife Chef Dawn are wholeheartedly committed to the online community, responding directly to the message board almost daily. In addition there are 25+ moderators navigating the AH program and providing ongoing support and encouragement to its newest members who are often excited and anxious about getting started and losing weight.

But sometimes, it really isn't only about the weight at all. As "Jenny" recently shared on the community board, "On a purely self esteem level, I finally feel like I'm normal. There's nothing inherently wrong with me! I was simply following bad diet advice..."

With decades of bad dieting under my belt too, I couldn't agree more.

Always Hungry? A New Prescription for Fat (Science) - is excerpted from of the 6-part "Confessions of a Miseducated Dieter" series hosted on Literatigurl.com.