You'd think that Bernard Madoff, who built the good life for himself with the biggest Ponzi scheme in history, might be a complex, nuanced, fascinating man. In an evil sort of way. 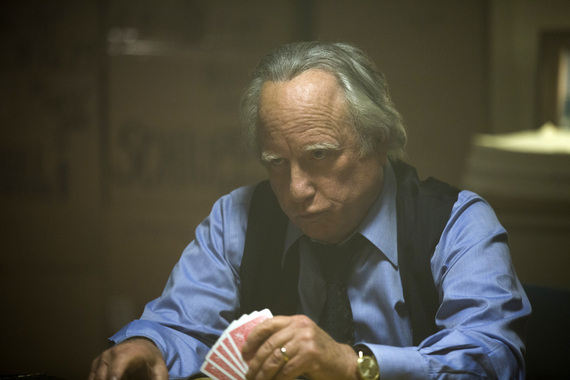 Judging from ABC's miniseries Madoff, 8-10 p.m. Wednesday and Thursday, he was an amoral narcissist whose one trick was cashing in what he cynically saw as the greed of others.

His $50 billion scam lasted until he got trapped in the fallout from the crash of 2007. He's currently in the federal pen and eligible for parole in 2039, shortly after he turns 100.

Richard Dreyfuss plays Madoff with a chilling arrogance. Dreyfuss's Madoff also serves as narrator, with a first-person voiceover that swings between matter-of-fact confession and self-justification.

There's nothing to like about this Madoff, which means Dreyfuss, as usual, is doing his job.

Trouble is, while we don't have to like Madoff, we'd stay more interested if we learned a little more about him, which we really don't.

The series is based on the book "The Madoff Chronicles" by ABC News chief investigative correspondent Brian Ross. What we get on screen feels less like an informative portrait of a con man than a series of random snapshots and factoids. 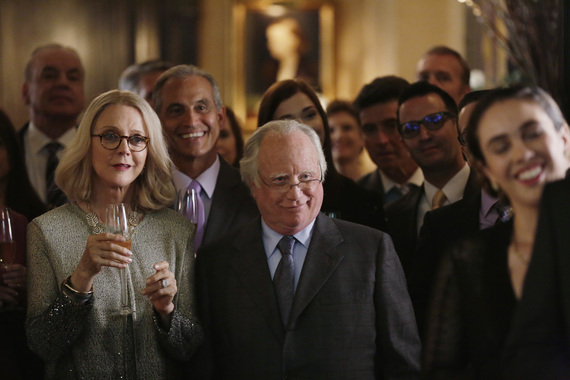 Like most of the scoundrels before him, Madoff justified his actions by saying he was serving and protecting his family.

In the Madoff family, like in the Soprano family or the Corleone family, loyalty was held up as the ultimate virtue. You could murder a hundred strangers and if you stood up for blood, you were a good person who had to answer for nothing.

It's a moral dead-end, but it's cover that a lot of people buy. An irony here, again not unique to Madoff, is that his actions ultimately also destroy the family.

What he did to the family, he tells us in a voiceover, that's the one thing he maybe feels a little bad about. Maybe.

As for larger issues here, Madoff drops in almost random references to the U.S. financial system, suggesting it harbors more inherent corruption than one guy like Madoff could ever dream of exploiting.

With the exception of a single frustrated numbers cruncher, the SEC is portrayed as Keystone Kops, laughably incompetent, and the government in general as a bunch of inept suckers.

Madoff's victims could be a humanizing element in the midst of this cynicism, but they're never developed that far. Madoff himself has only contempt for them, saying their greed blinded them from asking the most basic questions about how he could deliver 15% annual returns when no one else in the world came close to that.

His blanket dismissal ignores the "smaller" victims whose money he also stole to fund the good life. The pensioners, the charities. To him, judging from the evidence in Madoff, they were no different from the slick high rollers he also serviced. 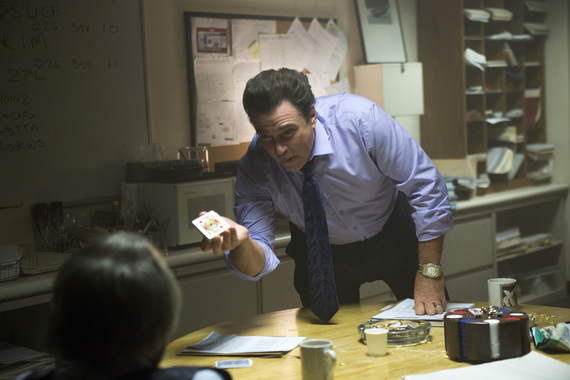 What might best capture the cold essence of this Madoff is his treatment of Frank DiPascali (Michael Rispoli) (above). DiPascali was his right-hand man for 30 years, the guy who made the whole Ponzi scheme work, the guy who cooked his books, moved his mountains and marked his cards.

When DiPascali suggests they celebrate an anniversary by going out on his boat, Madoff ignores him. When DiPascali gives him an expensive watch as a thank-you gift, Madoff passes it along to his driver.

At best, Madoff is indifferent to the guy who has made his whole professional life work. More likely Madoff feels contempt for him as well, as if DiPascali is just another greedy guy who wants to ride to the top on Madoff's brains.

In the end, no one's going to feel sorry Bernie Madoff went to jail, only that he didn't get there 40 years earlier.

Meanwhile, we'll be getting a second Madoff project later this year, an HBO movie called Wizards of Lies with Robert DeNiro and Michele Pfeiffer.

Perhaps that one will poke a little deeper into Bernie Madoff. Based on this one, the question may be whether there's anything there.