I was on my way to see my family doctor because I'd been experiencing confusion and memory problems. The strange thing is I got lost. And I'd been going to her office for seven years. When I finally got there, we talked about my symptoms and she recommended that I have a four-hour series of neuropsychological tests and also see a neurologist.

I went to the neuropsychologist first and guess what -- I got lost in the building during a break. The doctor had to come find me.

I'd been concerned about my symptoms for more than two years but all my friends tried to convince me nothing was wrong. Well, after getting lost twice in those ironic circumstances I just said, "I rest my case."

Last Spring I had gone to a neuropsychologist and a neurologist for the same symptoms. The former thought I was getting Alzheimer's; the latter didn't.

The neurologist did discover at that time, however, that I had severe sleep apnea, and he thought that could be the cause of my symptoms. So I began using a CPAP machine, convinced it would lead to a dramatic improvement.

I even published an article on the Alzheimer's Reading Room about my visits to these two doctors. I said I was certain treatment for my sleep apnea would put an end to my difficulties. But it didn't. It helped a little but not enough to put my mind at ease, so as my doctor suggested, I went to the two doctors again.

After the tests were finished the neuropsychologist told me my test results were better than last year's and he delivered a new diagnosis -- Mild Neurocognitive Impairment (also known as Mild Cognitive Impairment or MCI). And this time the neurologist agreed with him.

Before I retired last April I never would have revealed such a diagnosis. This is because of the stigma associated with it and because I was concerned my employer would think I couldn't do my job well anymore. But now it doesn't really matter so much what anyone thinks. Besides, what I have to say may be of some help to others.

What Is Mild Cognitive Impairment?

"Mild Cognitive Impairment (MCI) is an intermediate stage between the expected cognitive decline of normal aging and the more serious decline of dementia. It can involve problems with memory, language, thinking and judgment that are greater than normal age-related changes."

"You forget things more often, you forget important events, you lose your train of thought, you feel increasingly overwhelmed by making decisions, you start to have trouble finding your way around familiar environments, you become more impulsive or show increasingly poor judgment, your family and friends notice any of these changes. You may also experience depression, irritability and aggression, anxiety and apathy."

According to Neal Deutch, PhD, my neurospsycologist, only 10 - 15% of people with this diagnosis eventually develop Alzheimer's. Those are pretty good odds. And the Mayo Clinic article states that some people actually get better.

What I Have Difficulty Doing:

I will mention just five of my more prominent symptoms:

1. My specific impairments, as shown by the testing, are paying attention to detail, concentrating, and multitasking. These are all things that were critical to doing my job, and that's part of the reason I retired early.

2. In general I have trouble remembering things I have to do and have lists and sticky notes all over my house and car.

3. I lose things all the time. Sometimes it's so bad it's disheartening. I don't bother wasting time looking for lost items; I know they'll show up in some strange place when I'm doing something else.

4. I am very easily distracted, and I'm especially distracted when trying to drive and converse with someone in the car. I usually just have them drive. (I don't make mistakes when driving alone.)

5. I can no longer balance my checkbook. I was never any good at it but now it completely overwhelms me and I've given up. I just keep a lot of cash in the account so I don't have to worry about bouncing checks.

What I Still Can Do:

I can still do all the things that really matter to me in life:

1. Write articles on Alzheimer's caregiving. The MCI hasn't affected my ability to write.

5. Visit "My Ladies" I volunteer to see weekly at a local memory care facility.

7. Walk on my treadmill.

8. Pay my bills (even if I can't balance the checkbook from which I pay them).

10. And most importantly - nurture my many personal relationships.

Is the Glass Half Full or Half Empty?

I basically have the same symptoms as people with early Alzheimer's, just not as serious. That's the glass half empty.

The half full version is that I have the same memory problems every person my age has - they're just somewhat more pronounced.

In my next article I'll talk about my coping strategies and also disclose the three reasons that receiving this diagnosis is a relief.

Does anyone else out there have this condition or know someone who has it? What coping strategies are being used?

Marie Marley is the award-winning author of Come Back Early Today: A Memoir of Love, Alzheimer's and Joy. Her website contains a wealth of information for Alzheimer's caregivers.

PHOTO GALLERY
9 Best Pieces Of Health Advice For 2013
Download
Calling all HuffPost superfans!
Sign up for membership to become a founding member and help shape HuffPost's next chapter
Join HuffPost
Voting Made Easy
Register to vote and apply for an absentee ballot today
Register now 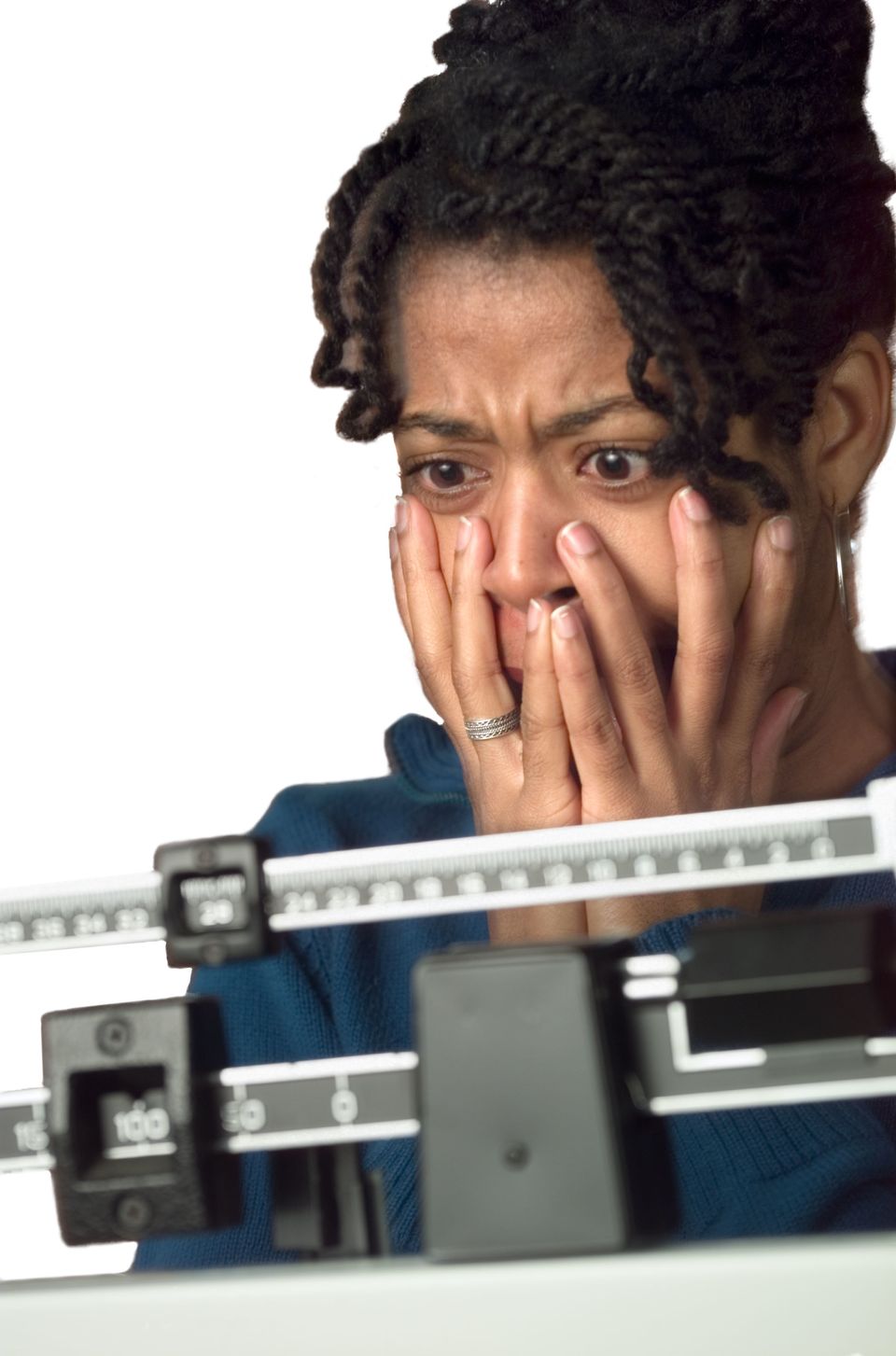 1 / 9
"Overeating Raises Risk Of Mild Cognitive Impairment, Study Shows"
We know having seconds or thirds can affect what we see on the scale, but did you know <a href="https://www.huffpost.com/entry/overeating-mild-cognitive-impairment-memory-loss_n_1273650?ref=health-news&ir=Health%20News">overeating can have an affect on your cognitive abilities</a>? A study presented to the American Academy of Neurology found that "elderly people who eat up to 6,000 calories a day may have a doubled risk of developing ... mild cognitive impairment." So stay ahead of the cognitive curve by consuming the 1,800 calories recommended for people 51 and up.
Alamy