There's a common experience in many congregations. First, clergy are called upon to do hospital visits and provide support and prayer. Next they witness the empty pew for many Sundays. Then, altar flowers may be delivered to the home. Followed by a phone call with the polite "how are you doing?" And the socially required "Just fine" exchange. Finally, they are called upon to provide the funeral or remembrance services.

But what's really happening in the Empty Pew? 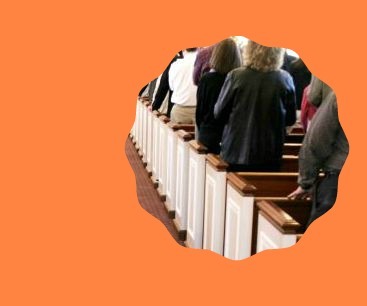 Frequently, the needs and concerns of family caregivers go unrecognized and unaddressed in local congregations. Not because the clergy and congregants are suddenly uncaring, but because they don't know and don't understand what's going on behind closed doors.

A common locus of invisible need is found in the families struggling with Alzheimer's. One single person may have the disease, but the impact is felt by an entire family. And the ripples alter an entire faith community.

In 2015 the Alzheimer's Association estimated that there were over 5,000,000 people with Alzheimer's in the United States. In my own congregation, there are at least a dozen families, and that's just the ones I know of. According to all projections that number will explode by 40 percent in the next 10 years.

What's the big deal? Lots of people get sick and family members care for them.

Alzheimer's is in a distinctive category. Diagnosis until culmination can frequently take its toll over the course of many, many years. This slow progressive decline is often hidden at first, but later the debilitation is undeniable.

The popular social understanding is that Alzheimer's is a disease that causes a loss of memory, but that turns out to be a cruel misrepresentation. The devastation is much more pervasive. As brain systems are progressively destroyed, behavioral and physical functioning become more and more impaired. Systems for memory, decision-making, judgement, sense of direction/location, speech, continence, walking and eating are all methodically destroyed until the disease progression ends in death.

In my days as a hospice chaplain, much too frequently, when I was at the bedside of an Alzheimer's patient nearing the end, the family would lament, "Nobody told us it would be like this..."

As the disease rampages through a person's brain, the stresses on the caregiver and family intensify: Isolation as friends stop coming by or are no longer invited. Ever increasing care demands, both physical and emotional, in the form of questions being repeated, or instructions that can no longer be followed leading to caregiver exhaustion. Or worse, if the disease manifests as rage and paranoia, causing the stricken one to lash out or attack the very ones providing care.

The losses keep multiplying. Loss of partner, loss of shared decision-maker, loss of roles/functions in the household, loss of shared memories and humorous stories, loss of identity as the person no longer remembers themselves, his or her children or the spouse.

So how does a congregation learn to deal with Alzheimer's in a constructive and supportive way?

We've got to talk about it.

So what stops us?

Mutual fear, awkwardness, shame, the desire to protect a beloved's dignity... there are many reasons why we go silent in the face of such problematic circumstances. We don't want to pry. We look away from odd behavior so that we won't cause embarrassment. We believe in protecting a family's privacy. All the while the inaccessibility to community grows, and the separation eventually seems insurmountable as both the patient and the caregiver slip away.

Let's start with an acknowledgement and an invitation.

It could come from the pulpit in the form of a prayer request. It could come from an affinity group that the family has been a part of. Someone makes the first move and acknowledges that families in our midst are struggling. While we don't wish to overstep our boundaries, we do wish to remain in community -- and that means being there in good times, and in bad.

It could be a sermon about Alzheimer's and the toll that it takes on families, individuals, communities and ultimately our nation.

It could be a public solicitation to families in our midst, struggling with this disease, that they have an open door and we truly want to know how to help.

It could be a private phone call that invites a person to talk, and you have no other agenda, but to listen.

There are many, many ways that congregations can revamp our ministries of care and concern to support families with Alzheimer's. I'll suggest more in upcoming articles.

But first -- let's just talk about it.