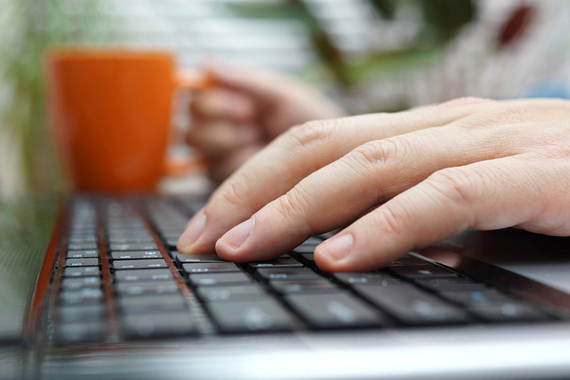 More than 44 million people across the globe have Alzheimer's disease. And that number is expected to multiply by three or more over the next several decades. Yet, despite billions of dollars of investments into research and advocacy for effective treatment and a cure, neither exists.

But what if some simple online questionnaires and internet brain games could make the difference?

That idea is at the heart of an ambitious plan to speed up treatment -- and just maybe a cure -- for Alzheimer's disease by 2025.

The clinical trial bottleneck
Alzheimer's advocates and medical experts agree: a cure for the progressive brain disease will be found in a clinical trial. But Alzheimer's clinical trials today are extremely costly (up to half $1 billion), time-consuming and severely hampered by a lack of participants.

Plus, today's Alzheimer's trials collect data in so many different ways that it can be tough to get a clear read on whether the treatments being tested are working, says George Vradenburg, Chairman of the Global Alzheimer's Platform Foundation and advocacy non-profit UsAgainstAlzheimer's.

Dr. Michael Weiner, professor of radiology and biomedical engineering, psychiatry and neurology at the University of California, San Francisco (UCSF), has reached the same conclusion. Despite major advances in Alzheimer's research pioneered by researchers like Weiner, and considerable investment from the pharmaceutical industry and the federal government, the clinical trial bottleneck remains.

"The single biggest problem for getting a cure is getting patients for the trials," he says. "It sounds so simple, but in fact it's a huge problem."

After decades of groundbreaking Alzheimer's research and advocacy, Weiner and Vradenburg believe they may have found a solution.

The Brain Health Registry
As principal investigator of the federally funded Alzheimer's Disease Neuroimaging Initiative (ADNI) and the son of an Alzheimer's sufferer, you'd be hard-pressed to find a more passionate or dedicated advocate for a cure.

During a trip to France in 2009, Weiner got a firsthand glimpse of an innovative program led by Dr. Bruno Vellas. The French professor of geriatrics had built up a network of clinics and a ready cohort of older patients ready to participate in clinical trials for Alzheimer's treatments. Since France's universal healthcare system enables access to all of the patients' records under a single integrated computer system, finding the right candidates for clinical trials is easier than in the U.S.

Back in San Francisco and in the midst of a high-tech boom, Weiner found himself inspired by what he'd seen abroad and pondering why there wasn't an online platform to enroll potential clinical trial participants in the U.S. That kernel of an idea, along with support from various donors, gave way to the Brain Health Registry, a first-of-its-kind online platform to recruit potential clinical trial candidates for treatments for Alzheimer's, Parkinson's disease, depression, PTSD and other brain disorders.

How it Works
Users on the Brain Health Registry website are asked to provide basic information about themselves, sign a consent form and take some online brain tests. Participants then receive reminders to return to the site about three to six months later to answer more questions and take more tests via the site, then again several months later and so on.

These participants are incredibly valuable, as they represent a ready pool of potential candidates for clinical trials. And their responses to online tests and questionnaires is also crucial, because they may contain major clues about any changes in the person's brain health.

When users disclose new symptoms they're experiencing such as gait disturbances, mood changes or sleep disorders, these can all be initial signs to researchers that the person will later develop Alzheimer's.

Most people who experience these and other possible early signs of the disease don't consider that they could be precursors to dementia. Many of these people may be what is called "pre-clinical," meaning they aren't yet showing any symptoms of cognitive decline, but are building up toxic proteins in the brain that will one day develop into Alzheimer's.

The cost and time typically involved in recruiting pre-clinical people to participate in a lengthy clinical trial that may involve side effects is a huge obstacle, says Vradenburg.

That's where registries can be a big help, he says.

So far, there are some 43,000 participants, but Weiner says the Brain Health Registry won't stop there. Not everyone who joins the platform provides complete data over a long period of time, and of those who do, only up to about 20 percent will be good candidates for trials. So it's critical to have as many participants as possible, he says.

Having a reliable source of trial-ready people is a major breakthrough, not least of which because it could greatly widen access to people who are pre-clinical.

The Global Alzheimer's Platform
The next piece of the puzzle? A standing network of doctors and certified clinical trial sites ready to take in potential enrollees. That's where George Vradenburg comes in.

Vradenburg's first personal experience with Alzheimer's came when his mother-in-law called early one morning to say that a strange man was in her home. He and his wife Trish Vradenburg rushed over, only to learn that the "strange man" was actually his mother-in-law's husband. It was the start of her downward spiral into the depths of the disease, which, as it does for so many, ended with her in need of round-the-clock care and unable to recognize her loved ones.

"This disease is a cruel monster. It deserves a brutal response," he writes on the USAgainstAlzheimer's website.

Since that time, he and his wife have been fighting for Alzheimer's treatment and a cure, working to put pressure on political, business and civic leaders to provide more resources for Alzheimer's research and drug development. Vradenburg has been federally appointed to the National Alzheimer's Project's Advisory Council on Research, Care and Services and has testified numerous times before Congress about the worldwide Alzheimer's pandemic.

He also chairs the GAP Foundation, whose mission is to reduce the time, cost and risk involved with Alzheimer's clinical trials to hasten the development of treatments and a cure. When the organization learned about the Brain Health Registry, they quickly decided to team up.

The two organizations have pledged to work together to accelerate treatment for Alzheimer's by 2025. Vradenburg says he believes they can reduce the clinical testing cycle by at least two years.

Better treatment and a cure
With a speedier, higher-quality, more efficient clinical trial process, Vradenburg and Weiner both say they are confident that researchers will find effective treatments and ultimately a cure for Alzheimer's.

"I am an optimist about the prospects of finding a means of prevention and treatment," says Vradenburg.

He predicts that of the more than a dozen Alzheimer's drugs now being tested in late-stage clinical trials, some will be able to more effectively treat symptoms such as hallucinations and agitations while others will work to slow the disease's progress.

Long-term, Weiner says the goal is for researchers will develop a test that can identify someone has having very early Alzheimer's and then a treatment that significantly delays or even prevents the development of symptoms.

Getting involved
A campaign is under way to spread the word about Brain Health Registry and enlist more online participants. Celebrities like Paula Abdul, Linda Gray, B. Smith and the Golden State Warriors' Draymond Green have also signed on to help.

With Alzheimer's disease as prevalent as it is (over 5 million people have the illness in the U.S. alone, and those number are only expected to rise), its effects are far-reaching. The emotional and financial toll on families and taxpayers is staggering, Weiner points out.

Weiner notes that joining Brain Health Registry is free, fun, and just might lead to a long-awaited breakthrough in the pursuit of a cure for Alzheimer's.

In addition to joining the registry, Vradenburg encourages people who are interested to ask their doctor about clinical trials.

You're there for them, we're here for you.