Alzheimer's disease patients sometimes have personality changes that can be extremely negative. Formerly sweet loved ones can become argumentative and even verbally, emotionally or physically abusive.

I speak from personal experience. Things had gotten so bad I wanted to end my relationship with Ed, my Romanian soul mate of 25 years. He had become impossible to be around. He was incredibly irritable, angry, mean and emotionally abusive. What's more he was making scenes in public on a regular basis, which was immensely embarrassing. 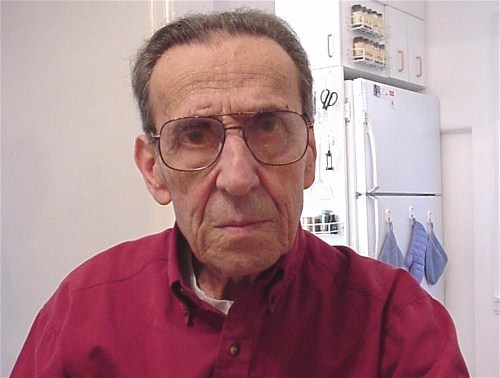 I loved Ed, but I just didn't think I could tolerate it anymore. Yet I couldn't possibly end our relationship, either. First, because I loved him so much. Second, it would have been morally reprehensible -- hee couldn't have gotten along on his own for even one day.

And he was often really confused. One Saturday evening he actually called the New York Times and yelled at them because he hadn't his "Sunday paper r-r-received yet." When I reminded him it was Saturday he got angry. He got angry over the smallest things. Before that we had been able to discuss things we disagreed about, but if I expressed a contrary opinion, he became hostile.

In a last ditch effort to save the relationship I called a friend of mine who was a geriatric social worker and asked for her advice on what to do with this angry, aggressive, antagonistic Romanian. The first thing she told me was that she thought he might have dementia.

"Dementia?" I repeated, immediately dismissing the notion. "Well, I don't care what it is. I just don't know how much longer I can take it."

I didn't want to hear or think about dementia. She then told me a shocking thing.

"You have the option of ending the relationship. You know that, right?"

That made me snap to attention.

"I can't do that," I said, as though it was the stupidest thing I'd ever heard. "I love him. Besides, I told you, he couldn't survive without me. How could I ever abandon him?"

She told me she knew women who were married for as long as 50 years who, in similar situations, divorced their husbands. For an instant I fantasized about how wonderful it would be not to have to endure his abusive outbursts, but I immediately dismissed the thought of leaving him. I would never leave him. Never.

She then said that if I were going to stay with him, she could give me some advice. Here's what she told me:

1. Don't bring up topics you think may upset him or lead to a disagreement.
2. If he starts to get agitated, abruptly change the subject.
3. Don't argue with him. Agree with everything he says, no matter how absurd.

She said she couldn't promise following those rules would stop all the fights, but she said it would help. She advised me to try it for a while and see what happened. I protested, saying I couldn't agree with him when he said stupid things.

"When that happens," she said, "just ask yourself, 'Do I want to be right or do I want to have peace?'"

That was a difficult question. If I followed her advice it meant my relationship with Ed would change dramatically. We'd no longer be able to talk about whatever we wanted, or whatever topics naturally arose. And -- the thing I dreaded the most -- I wouldn't be able to be honest. No matter how much I disagreed with him I'd have to pretend to concur. Our relationship would become superficial, dishonest and unreal.

In addition, not only did I find some of these approaches very difficult, I kept forgetting them. Nonetheless, when I finally mastered all three strategies, the results were dramatic. The number of nasty arguments decreased significantly and our closeness returned to its former state, which was a blessing after so many months of constant unbearable bickering.

During the same time period I observed some of his other loved ones interacting with him, and they did not use these techniques. The result was that he became as angry with them as he had previously been with me. I tried explaining the "new rules" to these people, but they refused to follow them. They paid a high price.

So the next time you find yourself ready to argue with your loved one with Alzheimer's disease, ask yourself, "Do I want to be right or do I want to have peace?"

You can read more stories about Ed in my book, Come Back Early Today: A Memoir of Love, Alzheimer's and Joy, and on my website, which also includes a wealth of caregiving advice.

Note: A slightly different version of this post was published on the Alzheimer's Reading Room.