Am I a sinner? I don't think so. Lots of traditional Christians think they -- and you and I -- are sinners.

I've never been able to get my mind around the concept of original sin and its corollary, Jesus's atoning death on the cross. The logic, the math, just does't add up for me. We humans are obviously products of our evolution, which means we do a lot of brutal stuff to other humans, to other creatures, and to the planet itself.

It seems to me that, given our evolutionary origins, there can be no original sin. Original sin is the concept, espoused by many Christians, including Catholics, whereby the first humans -- Eve and Adam -- chose to defy and alienate themselves 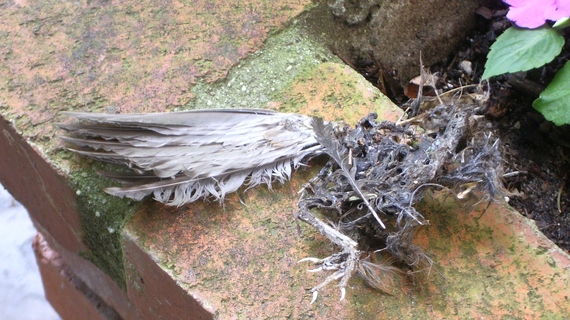 The bird. Photo by Barbara Newhall

from God, leaving a legacy of inherent sinfulness and corruption to all of posterity. According to that thinking, we are, every one of us, intrinsically depraved sinners, responsible not just for our mistakes and missteps, but responsible as well for the fact that we are capable of making mistakes.

Original Sin -- Ours or God's?

To my mind -- watch out, I'm going to get heretical here -- to my mind, if there is an original sin, it is God's sin. It was God, after all, who created what seems to be a musical-chairs, survival-of-the-fittest world, a world where there's not enough for everybody. To survive in this context, every individual must brutally compete with every other individual, within and across the species. If the cat is to have dinner, a bird must die.

I like Geoff Machin's take on sin, which he outlines in my book, "Wrestling with God: Stories of Doubt and Faith." Geoff, a physician, describes at length the "red in tooth 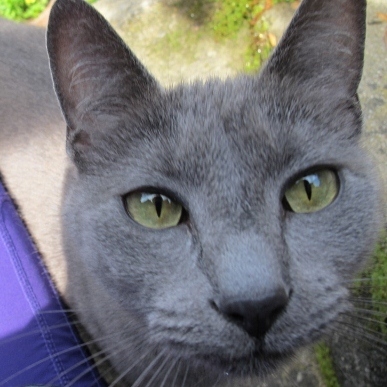 The cat. Photo by Barbara Newhall

and claw" nature of nature. But then he goes on to point out that there are human beings walking around on the planet who do things that run counter to their own survival and well being -- they risk their lives to care for the victims of ebola, for example, or to take polio vaccine into a war zone. "That's the God in us," says Geoff,

To read about Harvey Cox on the nature of belief and heresy, go to "You Don't Have to Believe to Be a Christian." The topic of sin came up in my radio interview on KRKS-FM in Denver last month with talk show host Gino Geraci. That conversation inspired this post.