When I learned that Nettelhorst's Local School Council voted unanimously to let students opt out of the PARCC pilot exam--the first school in the country to do so--I was back in first grade like it was yesterday. Right before we were to sing Little Drummer Boy at the Christmas assembly, a filled auditorium paused as teachers led the entire Jewish student body (all three of us) off the risers to an empty classroom, where we sat at our desks in silence for the rest of the afternoon. I took from this humiliating experience that joiners get punch and cookies, and there's little glory in rocking the boat.

And so, it is with great trepidation that I humbly, and respectfully, ask that you allow my son to opt out.

Now, I'm not a teacher, I'm just a mom, but here's what's troubling me:

First, I'm a fan of raising the academic bar, but educators tell us the exam is developmentally inappropriate. When New York State piloted the PARCC exam, over seventy percent of students failed. Not to be all braggy, but I've got a PhD from UChicago, and found the 7th grade practice exam to be tedious and confusing. For kids like my 8th grader, who luckily nailed his CPS Selective Enrollment high school entrace exam, the slog won't mean much. For a justifiably nervous 7th grader, on the other hand, rattled confidence will be more than a bummer. In my high stakes town, it's likely a game changer. Frustrating children unnecessarily isn't sporting; it's counterproductive and mean.

Second, while I'm also a fan of Illinois' move to hop on the national Common Core Standards bandwagon, the PARCC test takes nearly ten hours to administer. As a point of reference, the GMAT and LSAT are three and a half hours long, the MCAT is five and a half, and the Illinois Bar tops the list at six. The beast will disrupt school for almost two weeks, and for schools that teach to the test (thankfully, not ours), it could hijack instruction for months. Chicago extended its school day on the grounds that every minute counts, so either it does or it doesn't. How 'bout we err on the side that says time in school matters.

Third, though it ruffles some feathers, so long as public school teachers have tenure, I'm going to be a big fan of accountability. This year's test results aren't tied to funding, and that's a smart way to run a pilot. However, there seem to be more than a few bugs to work out. Forcing students with learning disabilities and compromised language skills to take a grade level test (even with additional time) will surely paint an inaccurate portrait of what's actually going on inside our schools. Moreover, given that CPS students have such limited access to technology, mandating a computer-based test seems wildly unfair, particularily to schools in disadvantaged neighborhoods. While most Nettelhorst students are middle class, tech savvy and speak English at home, our school's an exception. Paper and pencil exams may be more expensive, but so is faulty data.

And fourth, I'm a still bigger fan of my neighborhood and the little neighborhood school that we've built. Yes, our test scores are excellent, but our school does as well as it does because a community joined hands and chose to invest their time, talents, and most importantly, their children. The PARCC test was created with some $360 million in federal funds. Imagine if all the resources we're devoting to a defective and demoralizing exam went to building capacity and community engagement instead?

I'm not entirely sure what happens with the handful of kids who aren't testing, but I hope it's not scarring. Truth told, so long as my son gets to play on his iphone, you could probably hold him indefinitely. But since we're a Fine and Performing Arts school, I vote for a Joan Baez sing-a-long up in the gym. Or better yet, if every family chose to opt-out, teaching and learning could continue as usual, and then, everyone wins.

Once we've turned in our signed request forms, your newsletter states that "the district requires a conversation between parents or guardians prior to opting out." Yes, by all means, let's have a discussion. But why stop there? There's a national opt-out movement afoot. Perhaps if enough of us parents cry uncle, we could reign in this testing madness, and get on with the business of giving our kids the schools they deserve.

With love and gratitude, 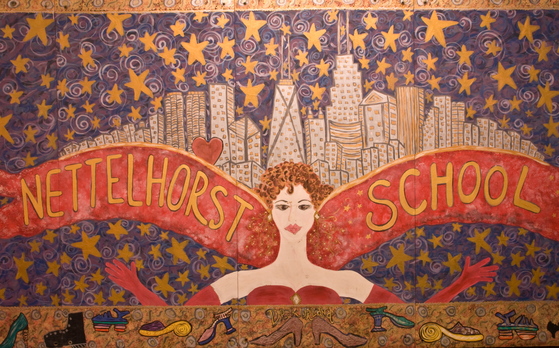