And now in breaking Amanda Bynes news: The 27-year-old actress made a brief appearance at the Manhattan Criminal Court in New York Tuesday in a sea green wig, sunglasses and black sweatpants.

Bynes faced charges of reckless endangerment and tampering with evidence following a May 23 incident, when she was arrested for allegedly throwing out a bong from her high-rise Midtown apartment in front of police. NBC New York reports that Bynes appeared in court for "about a minute" and that the judge assigned to the case continued court proceedings to a later date, Sept. 26.

Prior to attending court, the former Nickelodeon star tweeted that she was feeling self-conscious about her appearance, writing: "My Surgeon Broke My Nose During Surgery But Hasn't Finished My Nose! It's Still Broken And I Can't Breathe!" and "I Hate Taking Pictures With A Broken Nose." 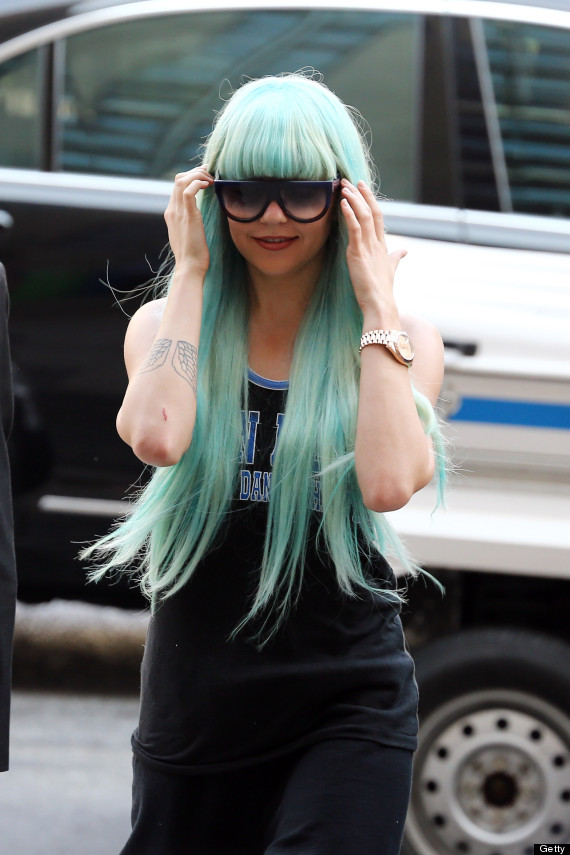