Amanda Bynes made her way through New York Thursday in neon yellow heels as she attempted to hail a cab. The 27-year-old "retired" actress -- Bynes made a name for herself as a child star on Nickelodeon and in films such as "She's The Man" -- has been outspoken on her Twitter account about recent tabloid speculation about her health.

And she's not the only one -- Nikki Blonsky, who co-starred with Bynes in the 2007 film "Hairspray," recently told Life & Style magazine that she believed Bynes was doing just fine. "She’s the same Amanda I met working on Hairspray. She’s happy. I don’t think that’s a breakdown, but a breakthrough. I back Amanda 100 percent," she told the publication.

Blonsky added: “I don’t think there is any concern on anybody’s par. She is just living her life and doing what she wants to do and I totally support that for her.” 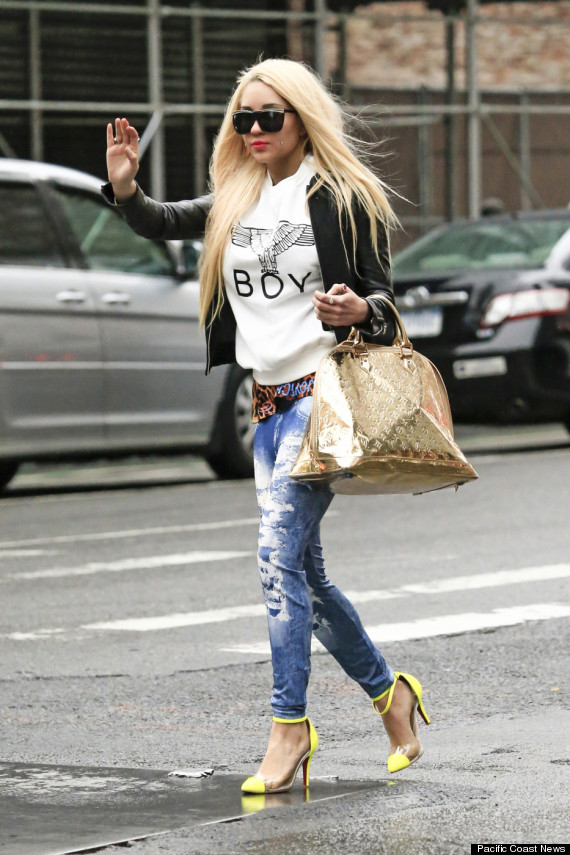