Amanda Williams and Deena Ruth, foster parents for the past four years and adoptive mothers of two, are passionate advocates for those they consider the most discriminated against and under-served in the foster care system: teenagers, especially teens in the LGBTQ community.

According to Amanda, "LGBTQ teens in general have a great need for support and guidance in the world, but especially in foster care. Often, there aren't people to turn to or a place to feel safe and many of them won't come out until they have left the foster care system." 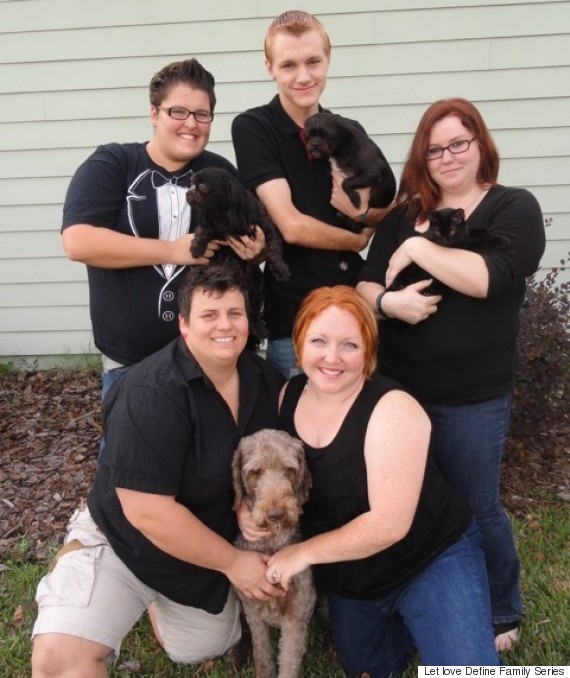 "We focus on gay or questioning kids so they have a positive, functioning gay couple as a role model," she said. Deena added, "But we fight for all teens, gay or straight. We're gay, but that's not all we are."

Engaged for four and a half of the five years they've been together, Amanda, 32 and a medical social worker, and 37-year old Deena, who is the only female field technician for a telecommunications company, live in Alachua, Florida, a small town outside Gainesville.

They are currently fostering an 11-year old, whom they describe as funny, intelligent and a writer with plans to publish a book about vampires. They are also adoptive parents to daughter Caia, 20, and son Cade, who is 18. Both adopted children are among the 23 foster children welcomed to their home since 2011.

Deena said initially adoption wasn't their plan, but when Caia moved in as a foster child at age 17, they felt an instant connection.

Amanda continued, "Over the next six months we all fell in love and, one night after dinner, we were talking about long-term medical decisions and Caia said, as a joke, we should just adopt her then. We had never thought of adoption, since Caia was almost 18, but in that moment we realized we weren't complete without her. A year later, we met Cade, a strong willed, head strong 17-year old boy. His charm and easy manner won us over and, before long, he was also adopted."

In addition to a busy home life because of, as Amanda and Deena put it, "fostering anyone who comes through our door," the two are very active in both the Florida and Alachua County Foster and Adoptive Parent Associations. Amanda is president of the county organization. She co-chairs a statewide task force that focuses on recruiting and retaining new foster parents for teens and is also a Teen Independent Living Advocate for the FFAAPA. 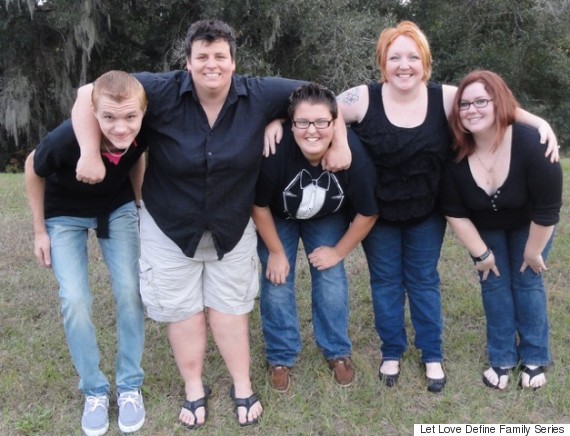 "We try to be a resource both to the teens and to the system as a whole as it reaches out and becomes more diverse," Amanda noted.

The couple's fervent support of teens in foster care is deeply personal, especially for Deena, who went to live with neighbors when she was 15 years old.

"When I was a kid, my family was not united. I moved in with caring neighbors and was able to graduate from high school with their love and support. I decided that, if I could, someday I would help teens. I always wanted to give back those feelings of support and love that they gave me,” Deena explained.

Amanda, as a foster parent and licensed clinical social worker, said she often sees the discrimination against teens and their profound needs.

"Most teens go to group homes. Teenagers in foster homes is not the norm," she explained. "That's one reason I'm so committed to teens, because sometimes all they need is that one person who stands up for them to make all the difference."

As Amanda and Deena encourage new foster parents, they also encourage their recruits to turn to support groups like the Alachua County FAAPA. 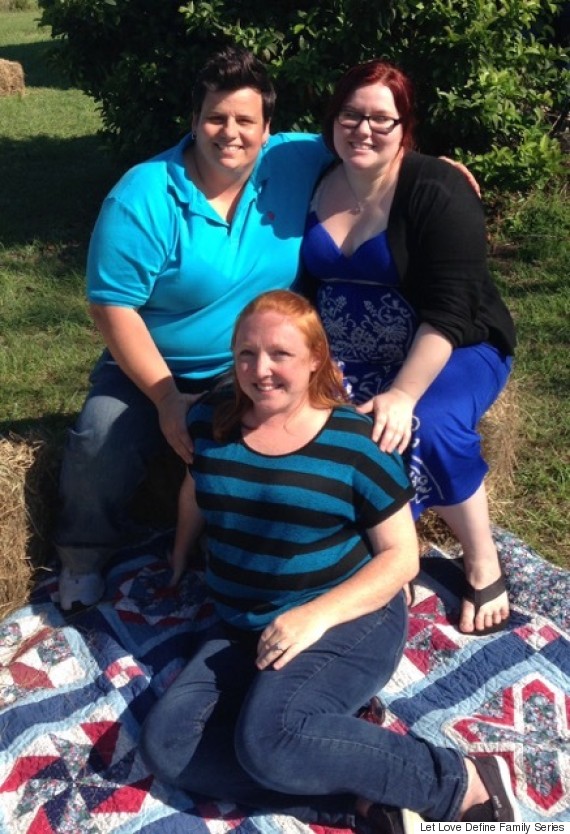 "It's definitely a way for foster parents to connect with others who are having similar experiences. Most new foster parents don't get involved until the second year or so of fostering, but it's always the first year that's the hardest. It's great to have people who can help you realize you are doing it right and what you think it crazy is perfectly normal," Amanda said.

According to Deena, "Getting involved with an association is terrific for support and advice about dealing with the special situations of fostering and the trauma the kids went through before you got them,"

The women said they aren't ruling out more adoption, but they definitely will continue to be foster parents because they feel they are meeting a need and making a difference.

"It's very rewarding if you're realistic and are prepared to do the work. It's satisfying to know you're giving the kids a different way to live, another perspective and, hopefully, a better future."