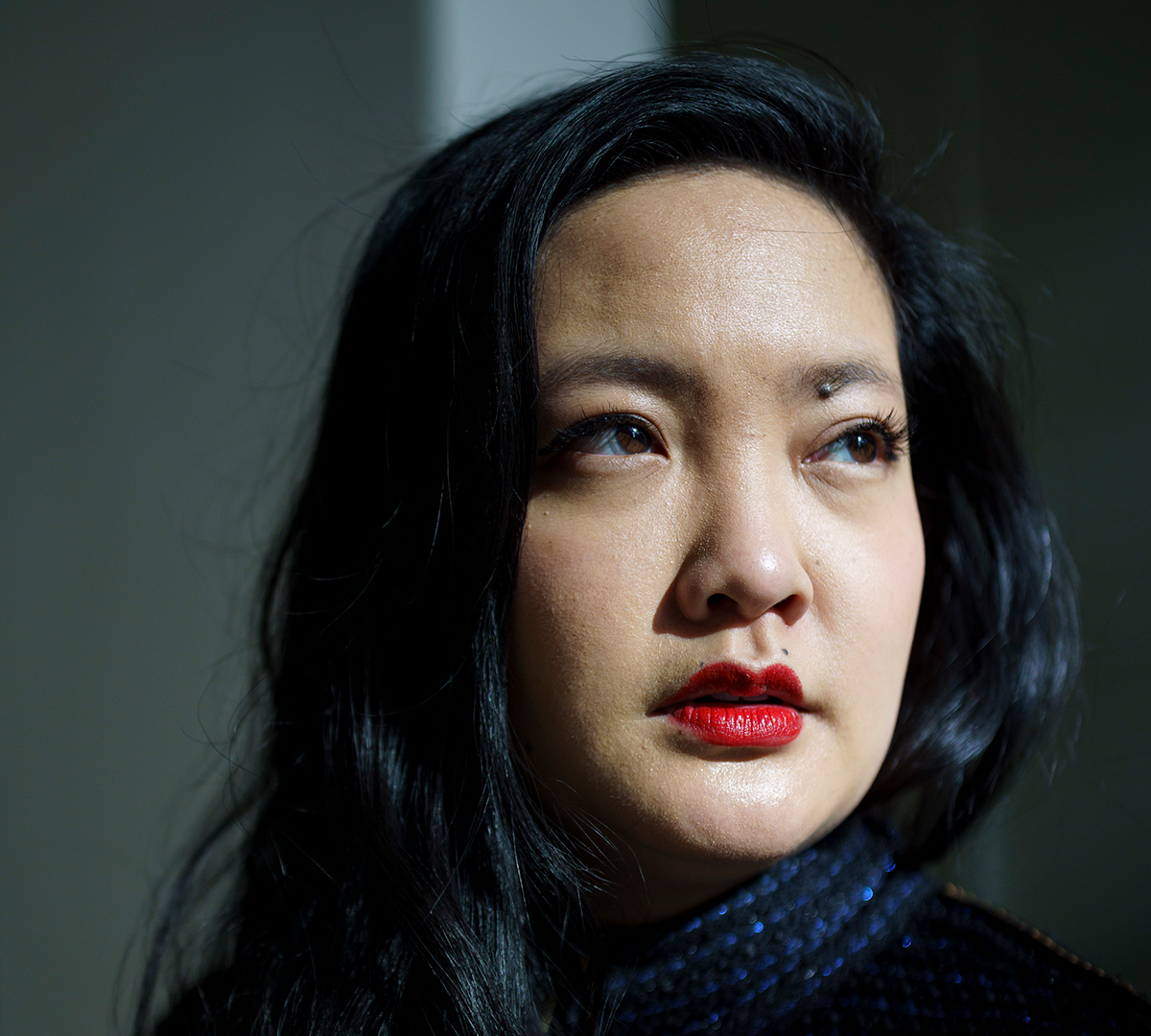 Amanda Nguyen’s Fight For AAPI Justice Is An Intersectional One

As an Asian American and the founder of civil rights organization Rise, Nguyen knows all too well how racism and sexism can work in tandem.

When COVID-19 hit the United States in 2020, activist Amanda Nguyen’s world, like so many others, came to a complete standstill.

In the midst of confusion and terror, some Americans — fueled by racist rhetoric from former President Donald Trump — believed that China was to blame for COVID-19. As the coronavirus spread, the U.S. saw an alarming uptick in anti-Asian hate incidents, including harassment and assault of Asian Americans. Many of the incidents were extremely violent. In March 2020, a man stabbed two Burmese children in a grocery store in Texas because he thought they had COVID-19. In July, an 89-year-old Asian American woman was attacked and set on fire in Brooklyn. A Filipino American man was attacked by a man with a box cutter on the New York City subway in February and had to get nearly 100 stitches across his face.

Nguyen, the founder and CEO of civil rights organization Rise and a Vietnamese American, said it felt as though the country and the media were actively ignoring the rise in hate crimes against her community.

“It’s a weird form of gaslighting where you’re constantly asking yourself if everybody else sees what we, the Asian community, are experiencing right now,” the 29-year-old told HuffPost. “I kept thinking, why isn’t this being covered? This is clearly a pattern.”

So Nguyen decided to do what she does best: speak up. In February, she posted a video on Instagram calling out the media for not covering the deluge of hate incidents against the Asian American community.

“The mainstream media does not spotlight our stories enough. We matter, and racism is killing us,” Nguyen said in the video. “Our community is being attacked, and we are dying to be heard.”

Nguyen’s call to action quickly went viral, racking up more than 3 million views in the first 24 hours. She was invited to speak on MSNBC and CNN, and one CNN anchor even apologized to her for not covering the story sooner.

As the views, likes and comments on her video steadily grew, Nguyen knew she had to do more. She went back to work to ensure that the humanity of Asian Americans and Pacific Islanders wasn’t reduced to just a fleeting video on social media.

On May 6, Nguyen’s organization, Rise, along with RUN AAPI, a nonprofit raising awareness on what it means to be AAPI in America, launched the Visibility Pledge to honor the community this Asian Pacific American Heritage Month. The yearlong campaign aims to educate the rest of the public about Asian American heritage. People who sign the pledge get access to a module that teaches basic concepts like what is Lunar New Year as well as more historical issues, such as how the Asian American and Black communities have worked together in solidarity for decades.

“The violence and discrimination that we’ve faced stems from invisibility and apathy. Therefore, the solution is visibility and empathy,” Nguyen said in a statement announcing the campaign.

Rise has partnered with multiple corporations, including the NBA and Uber, to urge individuals to take the pledge to “proudly renew our commitment during Asian Pacific American Heritage Month to stand with the Asian American and Pacific Islander community.” In addition to the corporate pledge, Rise has partnered with Change.org to create a petition calling on states to incorporate AAPI history in American educational curriculums. 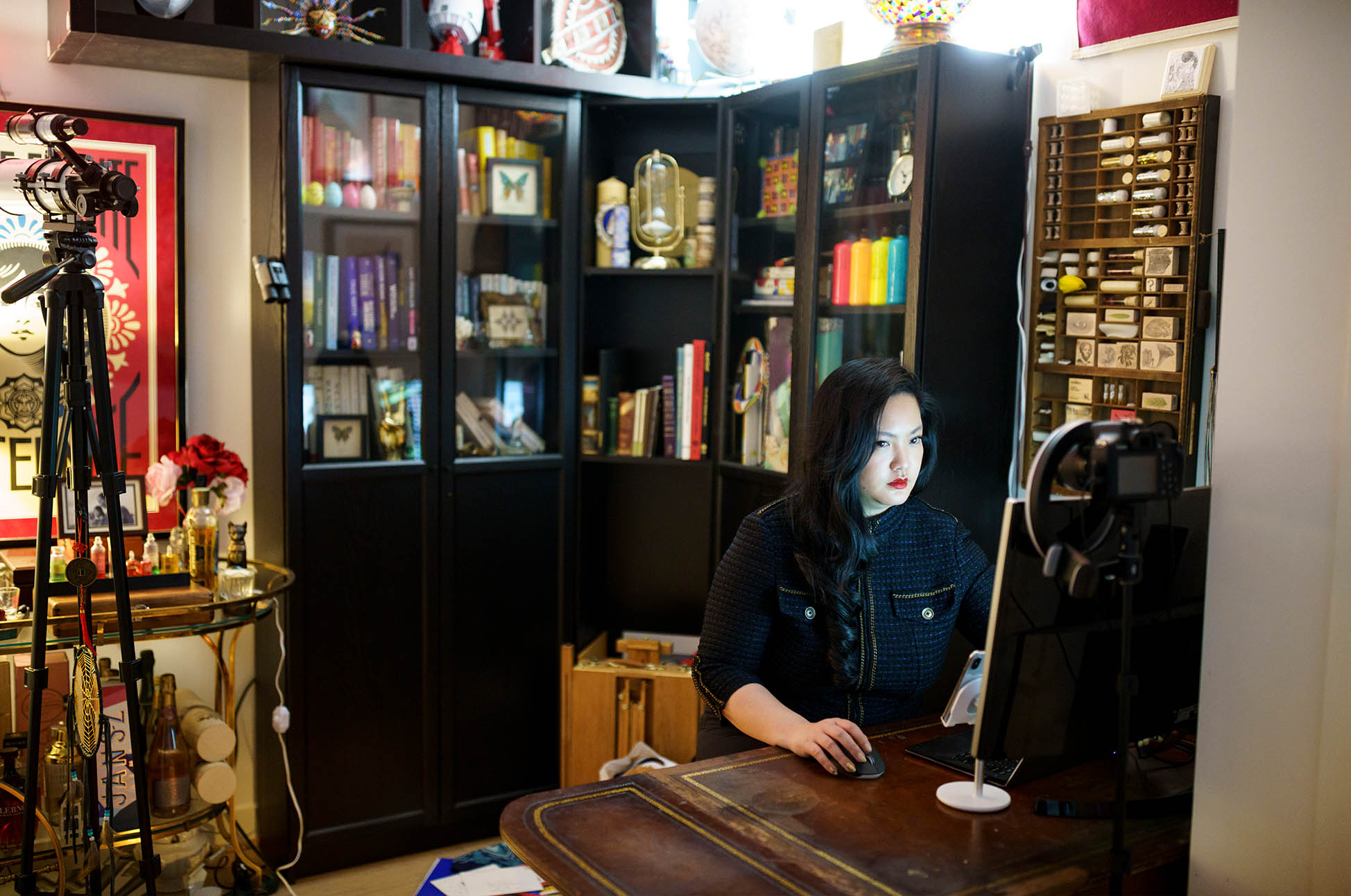 Amanda Nguyen, CEO and founder of civil rights organization Rise, works on the computer in her study in Washington, D.C.

“Communities are effectively cut out of the conversation when their heritages and histories are erased,” Nguyen told HuffPost. “How can we collectively build without knowing our past? Our mistakes and our victories.”

Nguyen admitted that it hasn’t been easy to continually speak out against these horrific and dehumanizing crimes. Activism burnout is real, she said. And she knows from experience.

Nguyen’s journey as an activist started in 2013, when she was raped during her last year at Harvard University. After receiving little to no help from the legal system, she founded Rise, a civil rights nonprofit that focuses on protecting the liberties of sexual assault victims. In 2016, she created the Sexual Assault Survivors’ Bill of Rights, legislation that gives victims of sexual assault basic civil liberties during the reporting process and the ensuing medical and legal proceedings.

The advocate was named one of Time magazine’s 100 Next, a list of rising stars shaping the future of different industries. Nguyen has traveled around the world to speak about her activism and work, and she was a guest speaker at the 2017 Women’s March. She received the Heinz Award for Public Policy and the Nelson Mandela Changemaker Award, and she was nominated for a 2019 Nobel Peace Prize.

As an Asian American woman working in the anti-sexual violence space, Nguyen is all too familiar with the intersections of racism and sexism the country is witnessing. In the last year, nearly 3,800 anti-Asian racist incidents occurred, according to research from Stop AAPI Hate, a social justice nonprofit organization that tracks anti-Asian hate. Women were the victims in nearly 70% of those incidents. 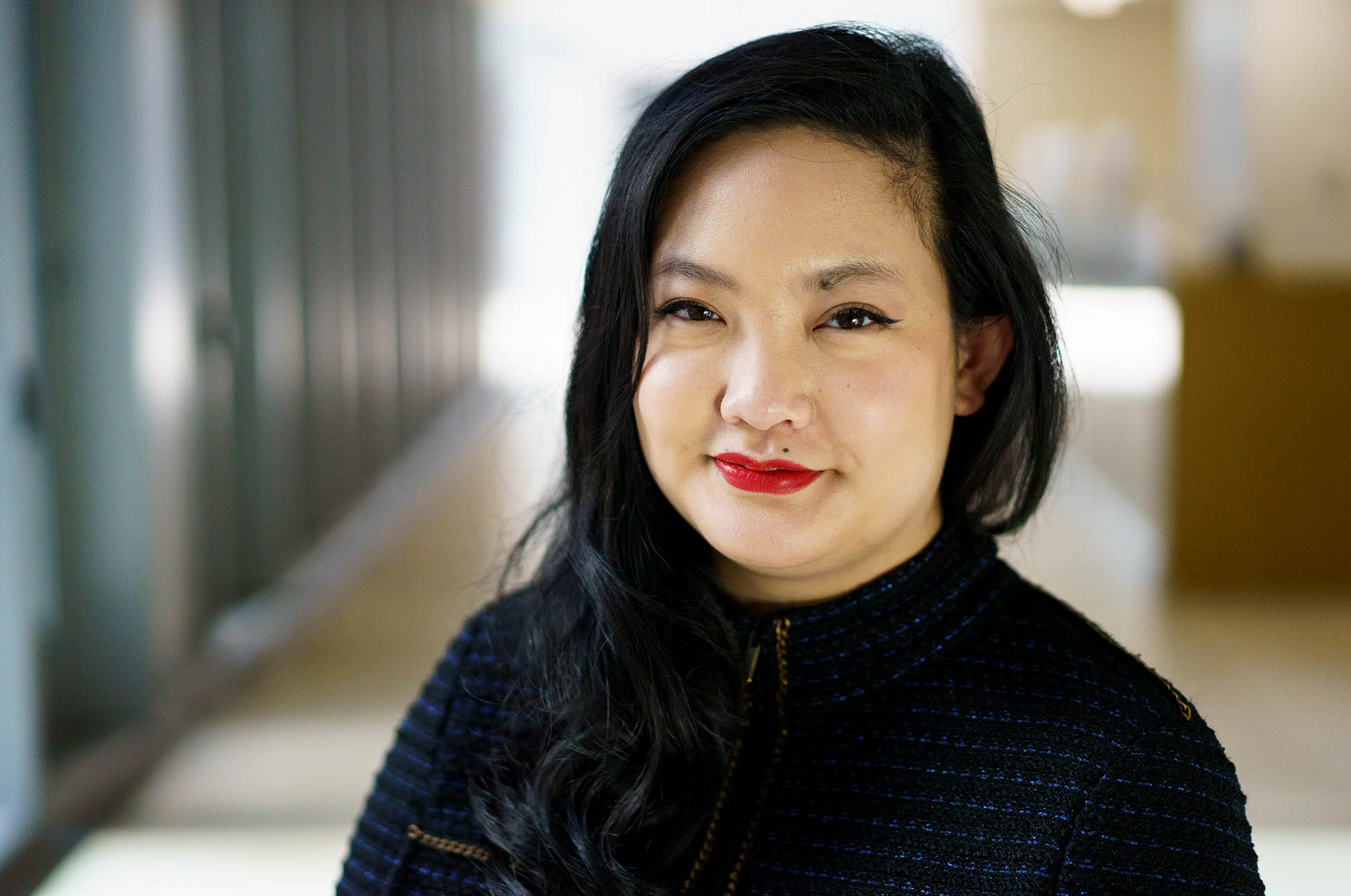 Nguyen was named one of Time magazine's 100 Next, a list of rising stars shaping the future of different industries.

Despite Nguyen’s intimate knowledge, she was still surprised to see how many people lacked the basic understanding of intersectional identities and intersectional justice work — especially after the Atlanta-area spa shootings in which six of the eight people who were killed were women of Asian descent.

“It’s baffling to me to hear people ask, ‘Well is it racism or is it sexism?’ It’s both,” Nguyen said.

“When we heard that the murderer in Atlanta said he wasn’t racist but he killed these people because he wanted to eliminate a sex addiction, that, immediately, is racism,” she continued. “And that’s because sexual violence is about power. Rape is about control. It’s about taking agency from someone’s body. You do that by objectifying people.”

Through the Visibility Pledge and her advocacy at Rise, Nguyen has seen more and more people acknowledge that justice issues are inherently intersectional. She hopes her future work can continue to uplift the AAPI community and remind the country that her community matters.