Amanda Palmer just reached 21,134 backers for her Kickstarter project, which is an incredible milestone for the female performer. However, the real kicker is that this translated into $1,007,782 and counting, from an original goal of $100K.

The musician, performer, self-described "provocateur" and wife of the writer Neil Gaiman has an incredible following as the founder of the Dresden Dolls, so it should come as no surprise that she was able to reach her goal. But to surpass it by $900,000 is truly impressive. When Tony Ortega at the Village Voice asked if she would help out a certain spiritual organization she may or may not be involved with from all this her newfound cash, the singer told him, "Not going to fund Scientology with my Kickstarter money. That would be dumb. P.S., Smurf-tits, AFP [Amanda Fucking Palmer]." (You'll have to click to see the photo.)

Palmer is no stranger to nudity, but we were more than a little shocked today to see her exuberant pose with shoulders flung back in this Twitpic. She writes, "WE. FUCKING. DID IT. $1,000,000 OF PURE FUTURE ARTMUSIC ASSKICKING." The body paint was done by none other than Michael Pope, the director of Dresden Dolls videos as well as Palmer's "Map of Tasmania," and the photo was taken by Kelly Davidson.

In her Dresden Dolls bio, Palmer writes, "It’s my life, and everyone’s invited. That's the way I like it.” We believe her. She reinforces this point in a recent e-mail interview with BoingBoing about the Kickstarter campaign: "If i wind up truly loaded someday, it means i’ll probably buy an abandoned church somewhere and turn it into a free 24-hour circus brunch bar for everybody. cross your fucking fingers. we’ll all win."

Check out some of our favorite photos of the chanteuse here: 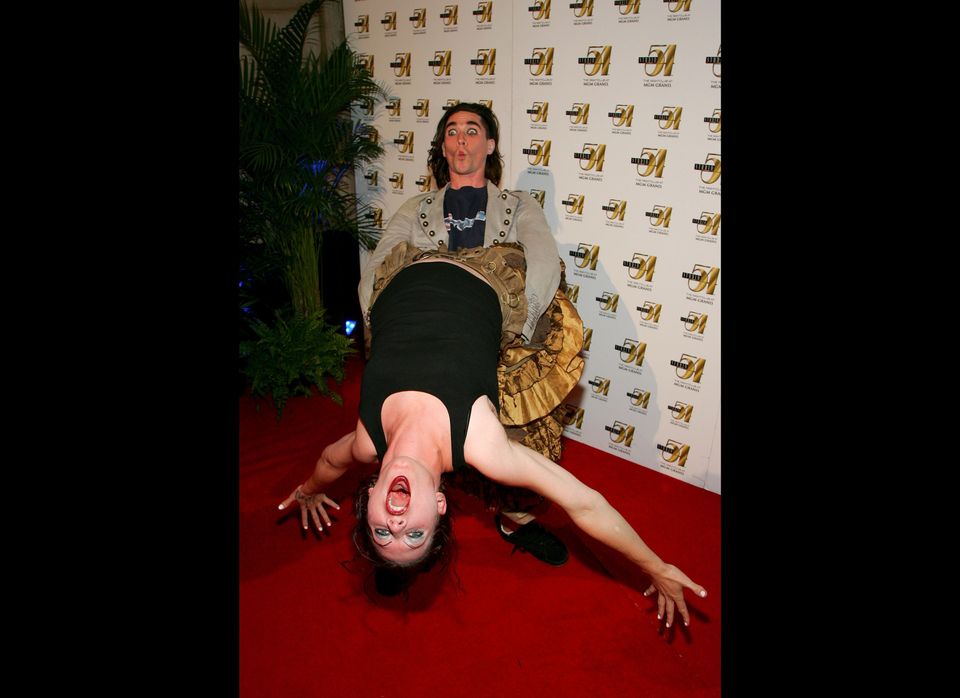