Amanda Seyfried has the word "minge" tattooed on her foot (scroll down for photo) and she explained its meaning to Chelsea Handler on her show.

"It means vagina and kind of proud of it," she said. "It's my nickname. You can't see it, but it's called Minge and it's slang in England. It has something to do with your pubic hair in the dictionary."

Dictionary.com defines minge as "vulgar term for a woman's pubic hair or genitals." According to Urban Dictionary, "The minge is not the actual vagina, but the hair surrounding the area. On the labia majora and the pubic mound. Loose, shaggy hair that is not neatly trimmed, and may be a little fragranced with 'girl perfume.'"

Amanda also told Chelsea about her love scene with Julianne Moore, 49, in 'Chloe.'

"I don't know how old she is, but damn, she's amazing," she said. "She kind of takes my breath away every time I see her." 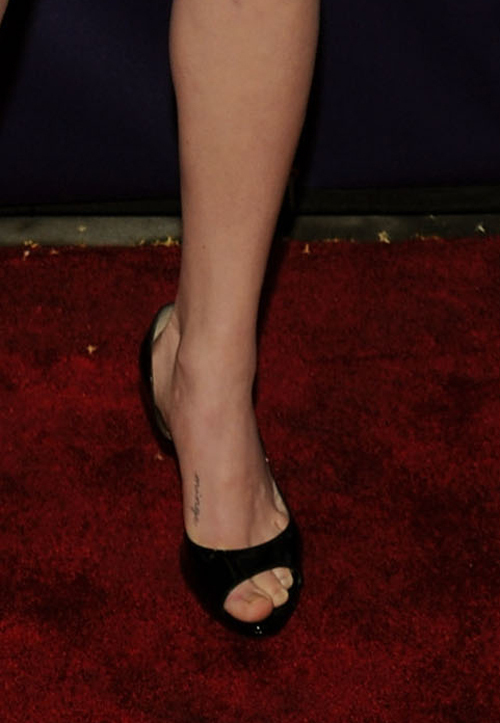