Amanda Seyfried has had the chance to work with some amazing actors over the past few years, including Gary Oldman, Bill Paxton, Meryl Streep, Russell Crowe and Vanessa Redgrave.

But none have influenced her more than her "Les Miserables" co-star Hugh Jackman, whom she considers "superhuman."

The 26-year-old actress gushes about the Australian star in a Vanity Fair web exclusive, revealing how they made their Cosette, Jean Valjean on-screen relationship extra-special.

“There is nothing bad to say about Hugh. He isn’t human," Seyfried tells VanityFair.com. "I bet you anything he’s got some kind of superhuman capabilities, beyond just being just the kindest, gentlest soul I’ve come across.”

In order to delve deeper into their "Les Mis" characters, Seyfried says she and Jackman created an alternate storyline, in which Cosette and Jean Valjean connect on a romantic level.

“We sexualized everything as much as we could," the "Lovelace" star reveals. "It was really funny, the moments we could find ... It’s like every movie has another version, another satirical version of itself.”

And although Jackman isn't English, Seyfried thinks British men have some sort of extraordinary quality, as well.

"A lot of English guys have a metabolism like you,” she insists to her interviewer. “Dominic, for instance,” referring to her ex-boyfriend, actor Dominic Cooper. “Eight-pack. Doesn’t do anything.”

Well, at least Hugh works for his god-like body...

See a photo from Amanda's shoot with Vanity Fair below: 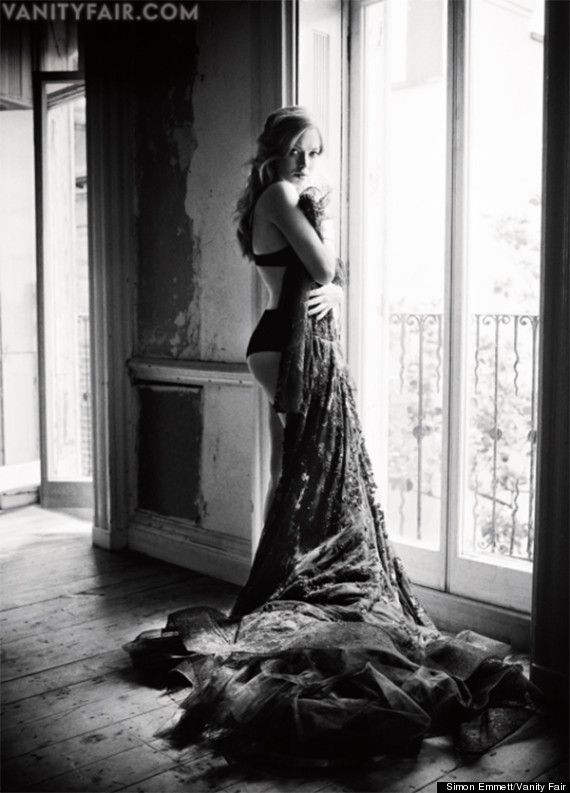