Other than donning a monokini reminiscent of the outfit worn by Lovelace on the 1972 porno's original movie poster, Seyfried is also pictured in a polka dot dress and other outfits reflecting the style of the time. 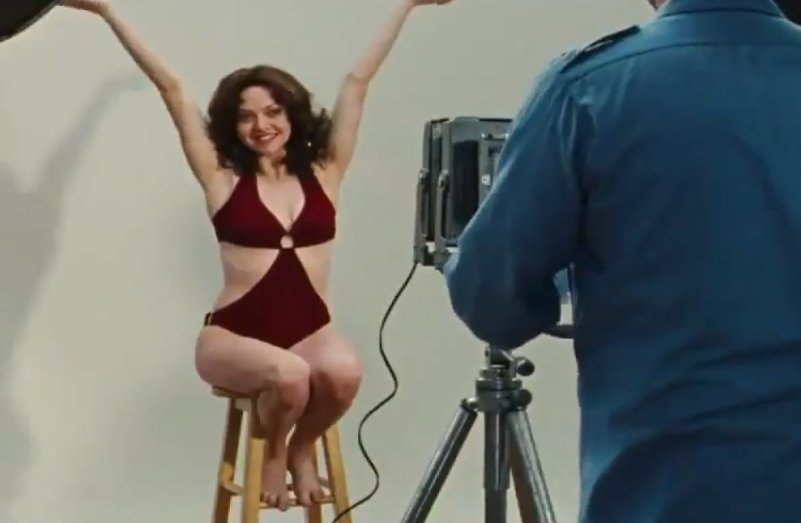 (Amanda Seyfried poses in a monokini for the film "Lovelace." Watch the YouTube video of this photo shoot sequence here.)

"What surprised me was the amount of pubic hair!" Seyfried told Glamour magazine last year of watching the infamous film.