Amanda Seyfried has kissed a great many of her onscreen co-stars, but it's Megan Fox with whom she shares "similar kissing styles."

In an interview with Lynn Hirschberg for the April edition of W magazine (on newsstands March 20), Seyfried, who starred with Fox in 2009's underrated horror comedy "Jennifer's Body," cited the same-sex kissing scene in that film as "actually really sexy," and noted that she and Fox "kissed really well together."

Beyond that sequence, Seyfried -- who has participated in love scenes in a variety of films, from the romantic ("Dear John," "Les Miserables") to the traumatic ("Lovelace") -- said she is a fan of onscreen intimacy in general. "Sex scenes are great,” she said. "A lot of my costars have been sexy guys my age who are really respectful and cool. So, why not? I'm not going to pretend it’s not fun.”

Which isn't to say the fun always extends off screen as well. As the actress told E! Online at the premiere of "Lovelace" last year, she had to cover her father's eyes during the film. "It's like I'm working through the screening; usually I don't stay, but I have to be on guard because my boobs might pop out and I have to shield him," she said.

Check out the cover of W magazine and a picture from the accompanying photo shoot Seyfried did for the mag below. More on Seyfried can be found at the W magazine website. Check out more photos here. 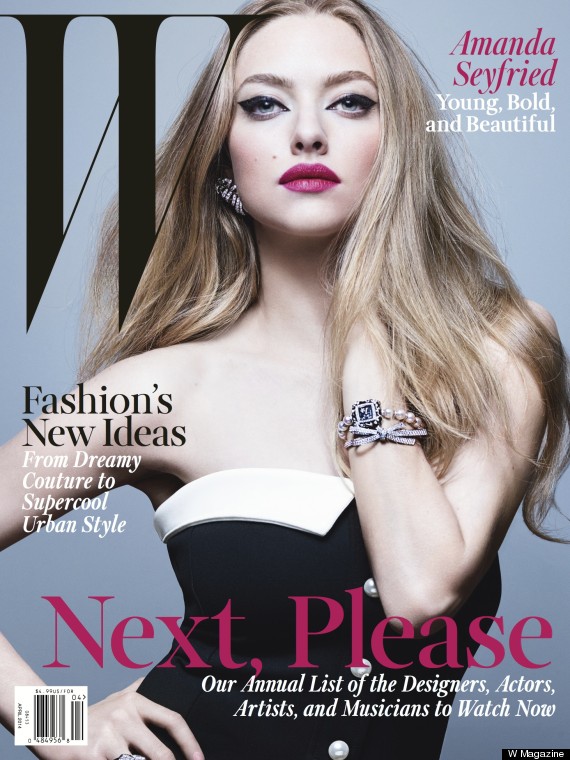 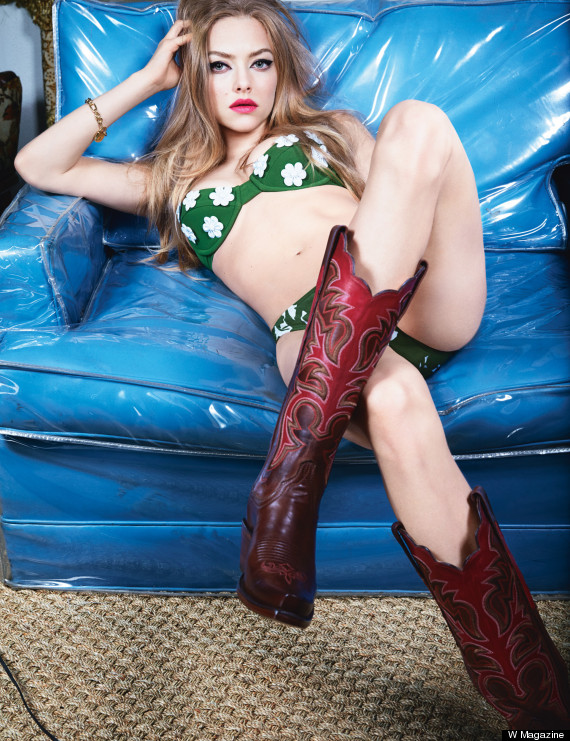