Two men pleaded guilty on Tuesday to murdering a South African couple before drowning their son in a bathtub full of boiling water.

Patrick Petrus Radebe, 24, and Sipho Mbele, 21, admitted to breaking into the Johannesburg home of 53-year-old Tony Viana and his wife, 43-year-old Geraldine, Sowetan Live reports. The two men raped and shot Geraldine, then attacked Tony with a machete and golf club before shooting him the head.

The two men said that when they realized the couple's 12-year-old son, Amaro, would be able to later identify them, they tied his hands and feet and drowned him in the bathtub. Forensic analysis indicated that the boy had been held in boiling water, the Daily Mail reports.

Before leaving, the robbers killed the family dog by slicing open the animal's stomach.

Radebe had been employed by the Viana family as a gardener, while Mbele was the son of one of the family's servants. A third robber, 20-year-old David Motaung, was with the men, and pleaded guilty to a robbery charge.

A defense lawyer told the Vereeniging Regional Court court that the men originally entered the home with the intention to take revenge on Geraldine Viana for treating her employees badly, according to a translation of Beeld by South Africa's News 24.

The three convicts were allegedly laughing together as they returned to their cells after the proceedings. 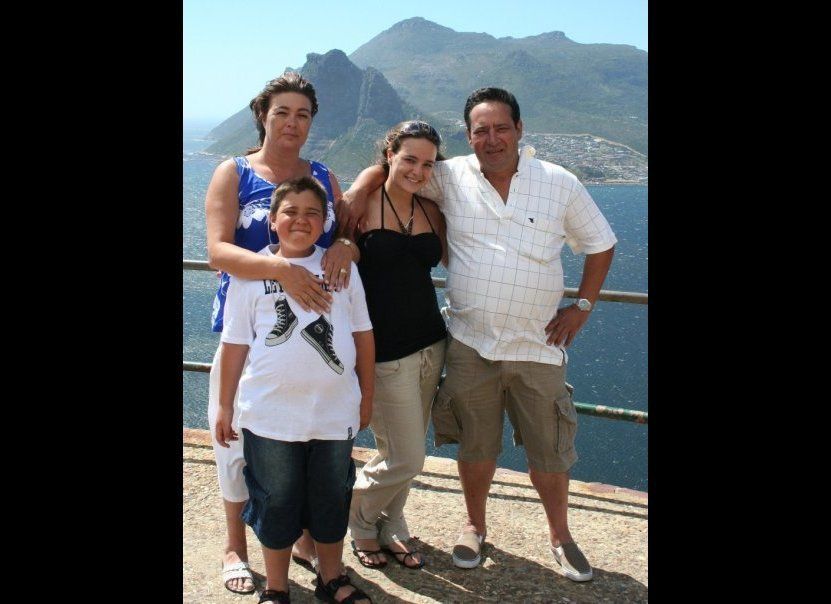 1 / 3
Viana Family
From left: Geraldine Viana, Amaro Viana, Gabriela Correia, and Tony Viana. Geraldine, Amaro, and Tony were brutally murdered by robbers who claimed they wanted to take "revenge" on Geraldine for poor treatment of her employees. Correia is Tony's daughter from a previous marriage.
Facebook