Most of the more than 200 items available on the company's new 3D printed products store, which launched on Monday, can be customized using a new feature that allows users to rotate and change the item they are viewing. 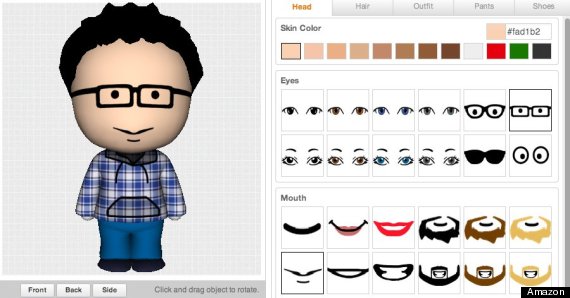 Before it is printed by one of Amazon's sellers, users can customize a product like as a bobble head figure by changing its skin and eye color, hair style and outfit, Amazon said.

"The customization is something we're keenly interested in," said Petra Schindler-Carter, director for Amazon marketplace sales, speaking in an interview. "We'll always look for new applications for that." 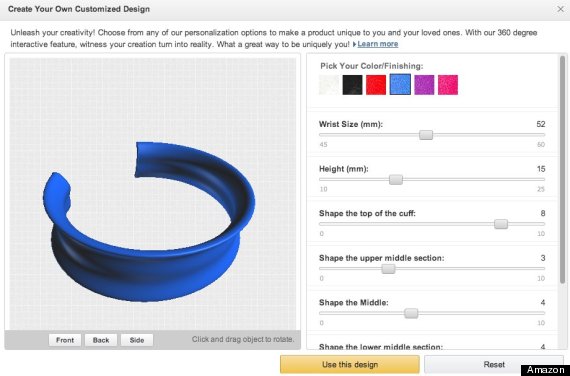 Amazon, which has more than 240 million users, has expanded its marketplaces division to include new areas such as fine art and wine. It is part of Amazon's larger investment into new areas like mobile services and original content that led to its larger-than-expected second-quarter loss last week.

The new printing option taps into a broader "Maker movement" among tech entrepreneurs in northern California, and to some extent Europe, that is focused on customizing 3D objects rather than development software or mobile applications.