It was the scariest of times. It was the "please spoon me all night in my tent" scariest of times. Last year, I went to visit my friend Zoe Tryon in the Ecuadorian jungle. Zoe is half British aristocrat, half Amazonian Joan of Arc, looks like Elizabeth Hurley and is saving the Amazon from the destruction of oil companies. When I met her she was performing a Thai fire dance on the lawn of a castle. I thought, "I'm going to be friends with THAT girl." I imagined she'd eventually go from jungle goddess to domestic goddess, marry an Englishman, we'd teach her kids teatime and pyrotechnics in the salon of her country manor. We'd laugh about the good ole days, sip Earl Grey and be so proper that we pretend we don't notice things like our cocker spaniels humping each other in the rose garden. Instead, Zoe opted to live in the Ecuadorian Amazon. 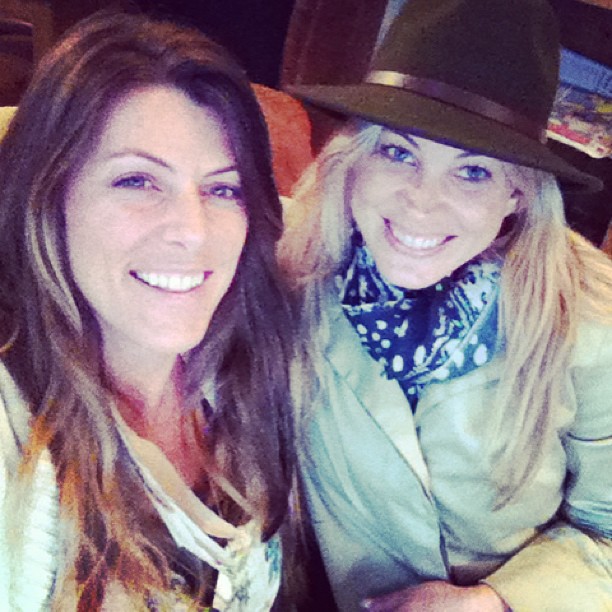 For my next vacation I pondered whether to do the all-inclusive Sandals Resort that offered a Bacchanalian feast of all-you-can-eat conch fritters and drink bottom shelf margaritas by the pool while I watched the endless wedding ceremonies of complete strangers... or should I go on a trek through the Amazon with Zoe? The next day I was at my bank wiring the money from my (liposuction) savings account and getting enough vaccines to become a bionic, jungle superwoman. I left there powerful enough to swing from Kapok tree branches and laugh in the face of typhoid and yellow fever.

I arrived in Quito and met up with Zoe and her friend Nick. Nick was a billionaire real estate mogul from LA who was going through a divorce from his actress wife who was 10. He told me that his trip to the jungle was a "spiritual" quest and had just been to see John of God in Brazil, a famous healer who had cured blindness, cancer and Oprah's lesbianism. I told him I was there on a spiritual quest to boost my Facebook cred and that I hoped to get a bikini shot underneath a waterfall. 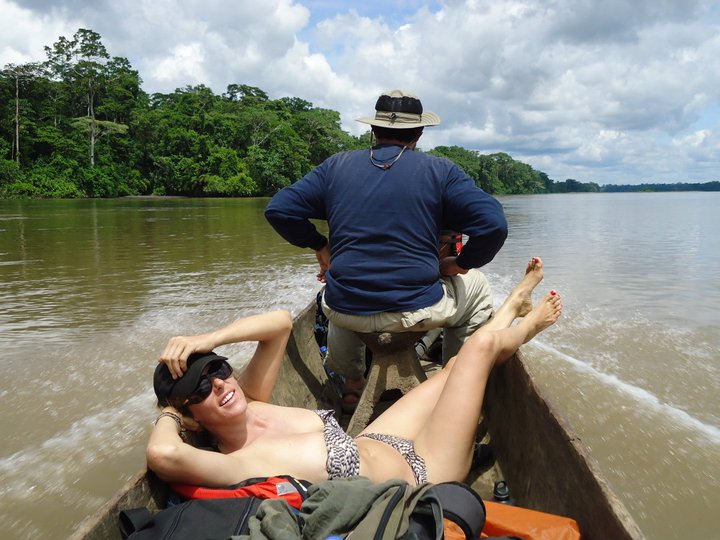 We all boarded a Cessna 152, which is a go-cart with wings and flew for two hours into the jungle. The Achuar tribe greeted Zoe like she was one of the tribe. Over the next few days we drank Guayusa tea, let the tribe leader do dream interpretations, watched the stars, walked miles through the flooded Amazon, learned to spear fish, saw rare tropical birds, waterfalls and pink dolphins. It was a utopian adventure...like a Goonies sequel. 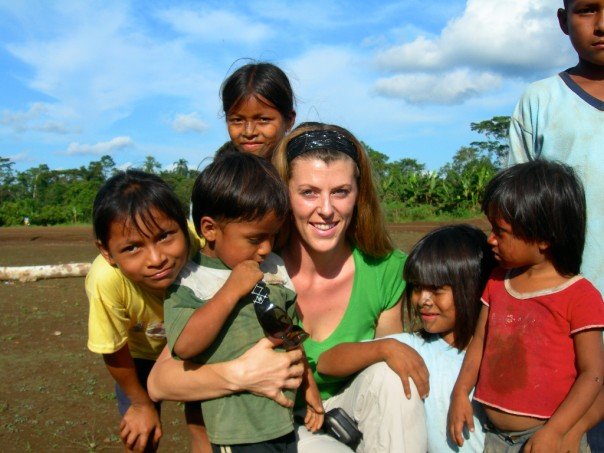 During a canoe ride on the 3rd day, Zoe tells us that a shaman is on his way to our camp to give us "plant medicine", otherwise known as Ayahuasca. I immediately look at Nick to see if he shares my concern over the ambiguous "plant medicine" but he looks overly eager like a heroin junkie who just found out his dealer would meet him on the street corner in 5. I am terrified and begin plotting to go missing or fake malaria. 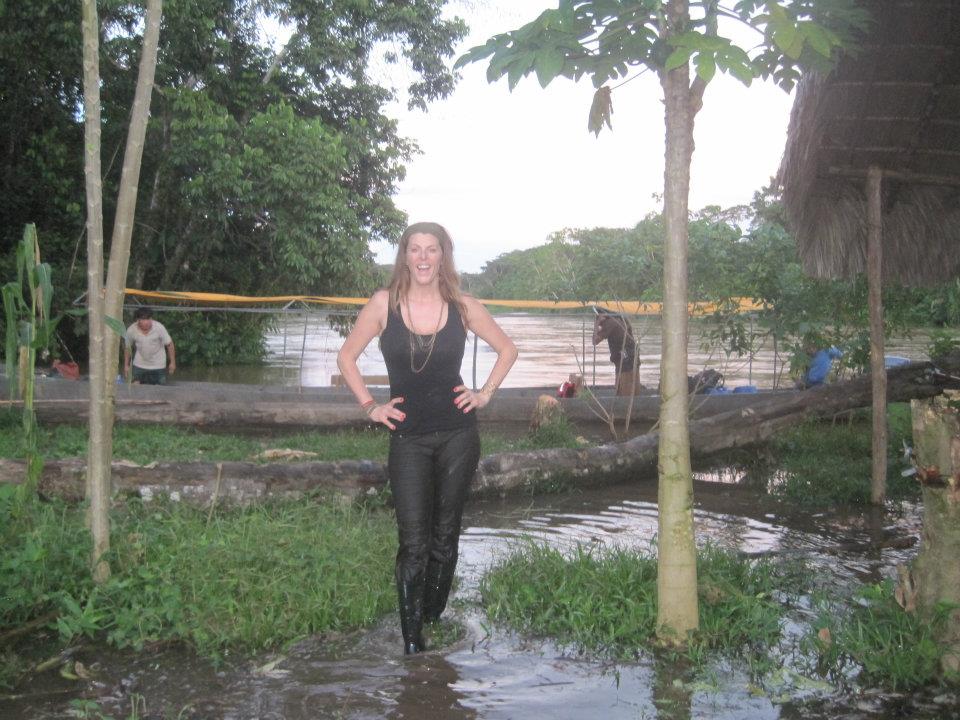 Zoe went on to explain that she had done the ritual with over 100 people. "What people?" I asked. "Mainly bankers who had come to exorcise their Wall Street demons" she replied. She kept referring to the medicine as "the vine" and called it "she" like it was a person. Our canoe gossip continued and she expressed her concern for Nick and how he'd fare with "the vine" in his fragile emotional state. I nodded not knowing what that meant but thought, "serves him right for taking a child bride". The shaman was there when we returned. I hurried to my tent, got in the fetal position and waited for them to summon me like the victim of a Mayan sacrifice.

Nightfall came, and Nick and I kneeled by candlelight in front of the shaman who handed us bowls of Ayahuasca. Nick sucked his bowl down like he had a death wish and I stared at mine waiting to be pardoned. I looked at the shaman and shyly uttered, "So, do you mind if I DON'T drink this?" He replied, "drink as much or as little as you want." So, I took my best "Bill Clinton- I-didn't-do-enough-to-really- count" sip.

An hour went by and then it happened, Nick began projectile vomiting everywhere. Zoe turns to me and says, "I told you "the vine" was going to give him a hard time." Nick roared in pain and yelled "FAHHHHCKKKKK!!!" "I'M DYYYYYYYING!" five minutes went by then, "FAHHHHHHCKK" "I'M DYYYYYYINNNNG!!!!!" This went on for six hours. The shaman sat there, unimpressed like it was just another day in the forest. I retreated to my tent in fear and begged Zoe to spoon me. We continued to watch as the shaman grabbed Nick, took a bush out of his medicine bag and started beating him. 'FHAAAACK!!!" "THAT HURTS!" "AHHHHHH, DYYYING!!!!!" Nick tries to escape. The shaman tackles him. They fall to the ground like two NFL players. The fire flares up. Demons are exorcised. Vomit soars. Nick finally collapses in exhaustion.

The jungle gets eerily quiet then a bird off in the distance lets out a loud scream. It was a parrot and it screamed "FHAAAAAACK!!!" Oh my God, Zoe, did you hear that? That bird just yelled "FHAAACK!" We waited for it again. Then, "FHAAAACCKKKK!" the bird yelled again. We burst into laughter!

The next morning, the shaman got in his canoe and paddled home. Nick was alive and eating a bowl of Cheerios like nothing had happened. I turned to Zoe, "Wake up, wake up!" I need to get out of here." "Where do you need to go?" she laughed. "Back to Quito, to a mall. I need a manicure. A pedicure. I need ice cream. I need Zara and diet coke." She looks at me like I'm not serious and then realizes I am totally serious. Eight hours later we were eating ice cream and having our nails done. 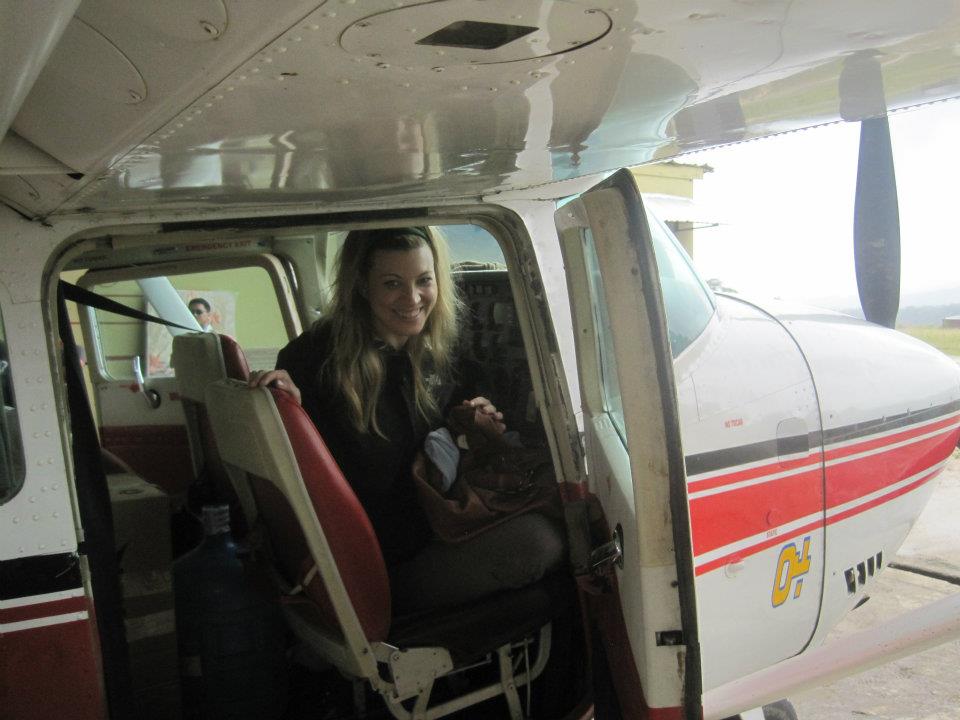